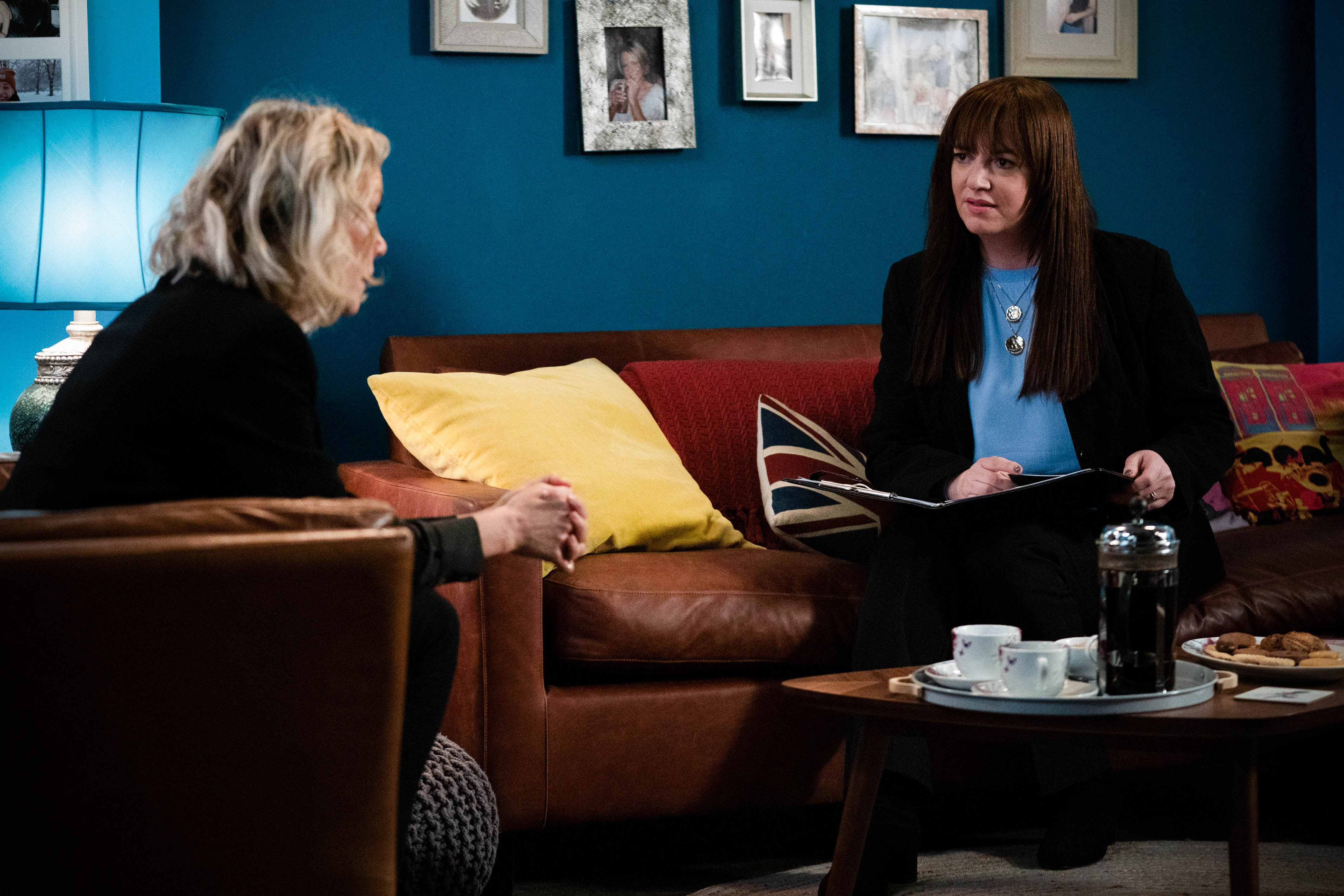 Janine, as viewers know, has been desperate to get her hands on some cash, and upon acquiring a job at the car lot, she wasted little time in devising a money-making scheme.

She joined forces with nephew Liam (Alfie Deegan), who has been stealing motors for her, which she then sells off.

In a recent episode, Jay finally discovered what Janine, Billy (Perry Fenwick) and Liam had been up to.

But instead of Janine facing the consequences for her actions, Jay was arrested and soon, he’ll get his revenge by using Janine’s criminal and murderous past to his advantage.

Coming up, Honey (Emma Barton) is feeling embarrassed when she spots Jay completing his community payback.

As Janine makes her way over, she thoroughly enjoys taking pleasure in his plight.

Later, social worker Claire pays Jay a visit and asks for a character reference for Janine, and he happily tells Claire who the real Janine Butcher is.

In the pub, Jay tells Janine that he told the social worker about her history.

How will Janine react?

Has Jay made a mistake getting back at her?