Home » TV & Movies » Spoilers: Jimmi left heartbroken in Doctors as Maeve is arrested for her crimes

Spoilers: Jimmi left heartbroken in Doctors as Maeve is arrested for her crimes 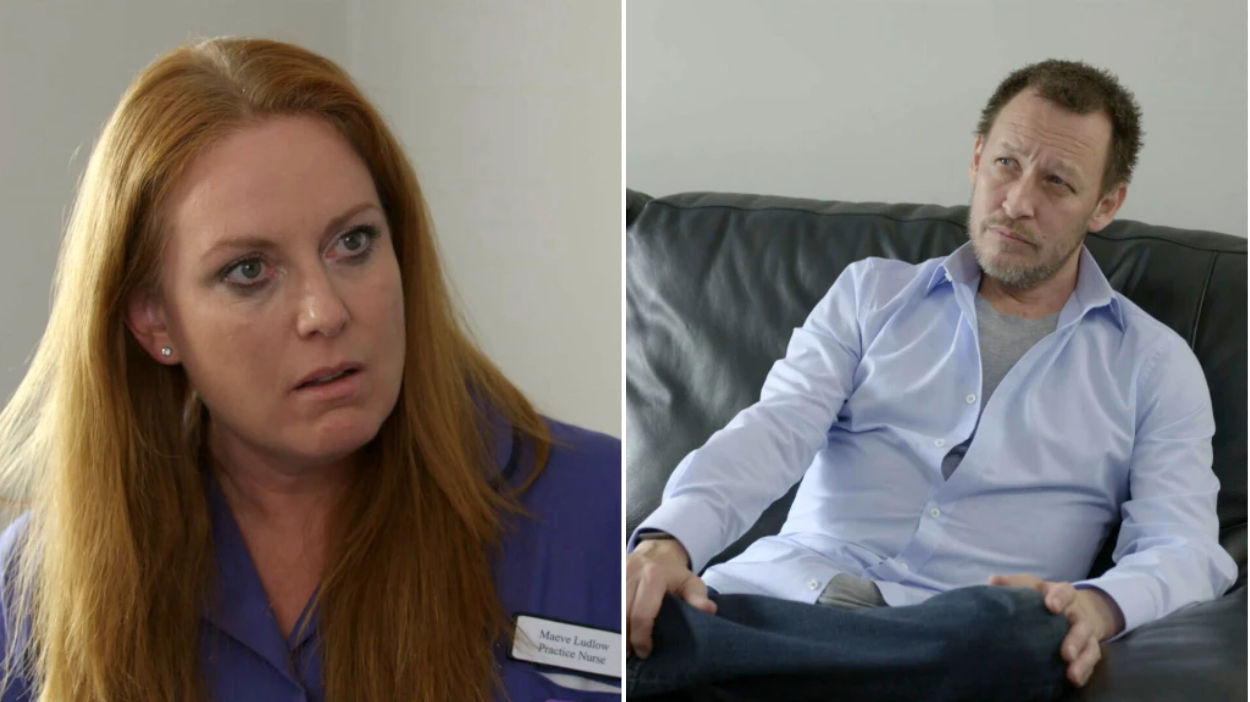 The relationship between Jimmi and Maeve (Adrian Lewis Morgan and Clelia Murphy) in Doctors has become rather strained in recent months and this week, matters come to a head.

After a generally successful business meeting with Daniel and Zara (Matthew Chambers and Elisabeth Dermot Walsh), the couple enjoy a celebratory drink as Jimmi gives Maeve the keys to his house: an important step in their relationship.

But Jimmi’s peace of mind is quickly shattered as Bear (Dex Lee) reveals his findings about Maeve’s criminally fraudulent behaviour with the late Dr. Ashdown. Jimmi is shocked and outraged by Maeve’s deceit. Both their bid to run Sutton Vale together and their relationship now lie in ruins.

Maeve confesses when Jimmi eventually confronts her about her crimes, arguing that she really needed the money at the time.

She wonders if they could run away together, if she can only say goodbye to her elderly mother, Gillian (Diana Payan) who is in a care home, first?

But Jimmi knows running away together and fleeing the forces of law and order is unrealistic and recognises things are over between them anyway. In his heart, he knows what he has to do.

As Maeve says goodbye to her mother, she sees Rob (Chris Walker) dressed in full police uniform and ready to arrest her.

It is the end of yet another relationship for poor old Jimmi, who is completely heartbroken.