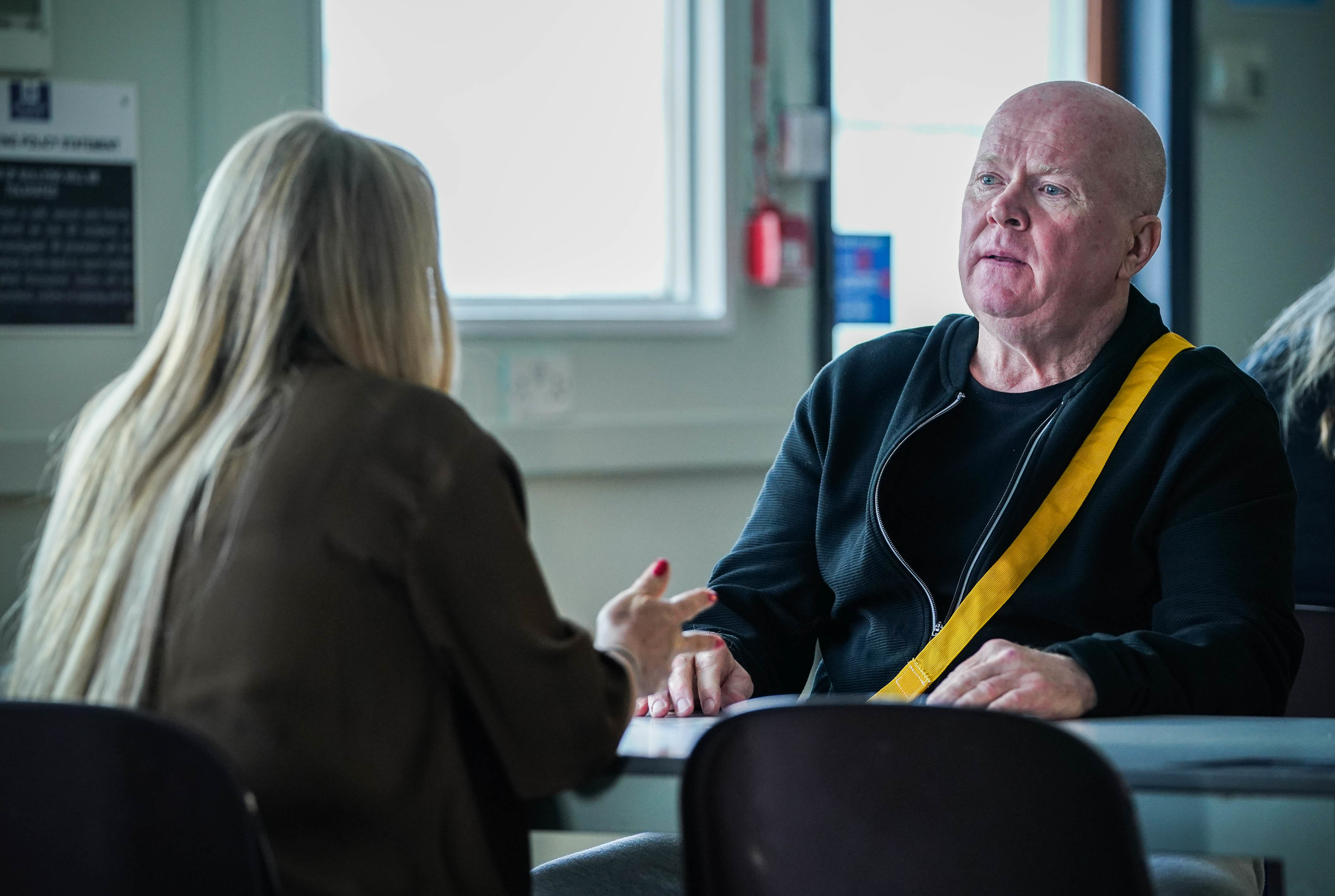 Phil Mitchell (Steve McFadden) is faced with a huge decision in upcoming EastEnders episodes, after a worrying visit to the prison from Sharon (Letitia Dean).

Sharon goes to visit Albert Square’s notorious hard-man with concerns about his son, Ben (Max Bowden). She fears that Ben is in such a fragile mental state that he could possibly land in prison himself – and Phil is the only one who can help.

Sharon’s plea comes after she comes across Ben beating a man unconscious in the alley next to the gym. The man has previously said something homophobic in Ben’s hearing, and Ben is tightly wound up with fear ever since Callum (Tony Clay) was badly hurt in a homophobic attack at the beginning of the year.

She confronts Ben about the incident, but his response leaves her even more concerned about his future behaviour. She tries to get Kat (Jessie Wallace) to keep him away from Phil’s businesses, but Kat doesn’t see that there’s a problem.

So Sharon goes behind Kat’s back and visits Phil in prison, telling him the whole story about Ben. And she makes a demand – Phil needs to take the deal to turn police informant. DI Keeble (Alison Newman) previously told him that if he acts as her informant, he can walk free. Sharon urges Phil to reconsider his refusal, saying that Ben needs him.

Will he do as she asks?