Spoilers: Sharon double-crosses Harvey and takes over his drug empire in Corrie? 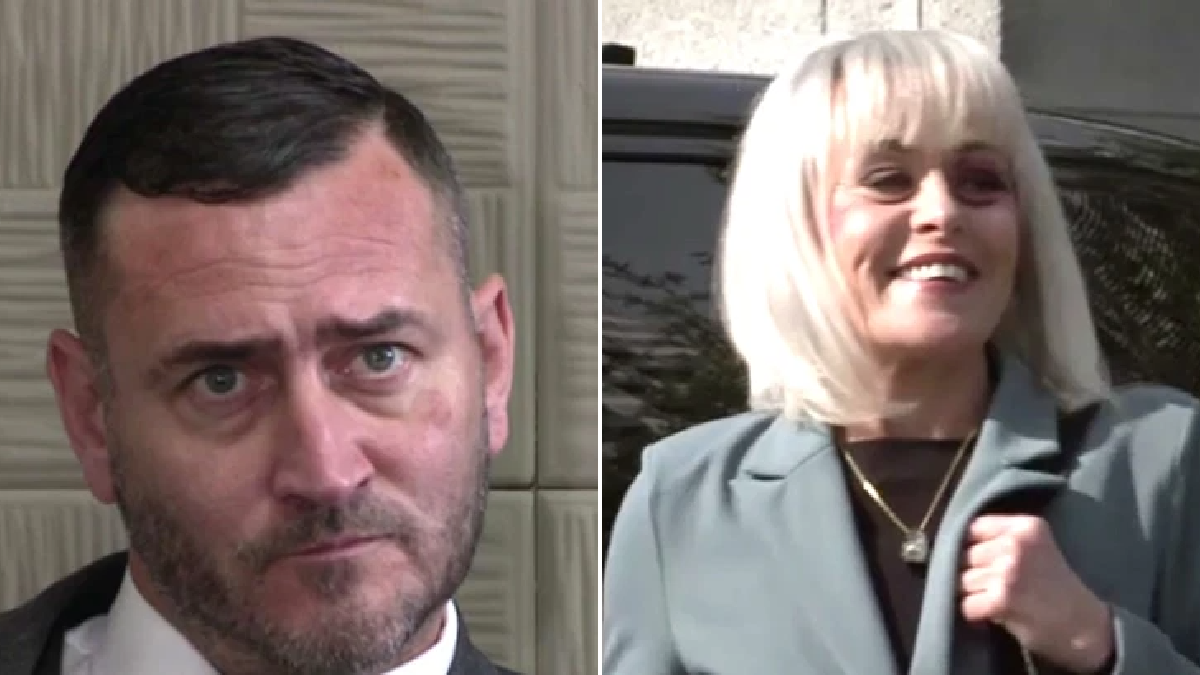 We last saw Sharon Bentley (Tracie Bennett) getting into a police car in Coronation Street after Rita Tanner (Barbara Knox) had her arrested.

Tonight (June 23), the long-awaited court case began and Leanne (Jane Danson) entered the witness box ready to tell the full truth about Harvey (Will Mellor) – despite the danger that came with revealing everything.

Harvey was certainly stunned to see his attempts at scaring Leanne hadn’t worked and after, Nick (Ben Price) and Leanne waited for Simon (Alex Bain) to be called.

However, Simon burst into the court room and announced to Nick and Leanne he wasn’t to give evidence anymore, as DS Glynn had new, very important information.

A bruised and battered Sharon entered the witness box and told the courts about her nephew, including the fact that he often hired children to be drugs couriers.

Surprising everyone once more, Sharon returned to Weatherfield and was welcomed back by Rita, and Jenny (Sally Ann Matthews) certainly wasn’t pleased.

The plot twists kept coming as Sharon then met up with one of Harvey’s workers and told him ‘you’ll be hearing from me!’.

Sharon appears to be convinced Harvey will spend the next ten years behind bars, but will she take over the empire?

Or will Harvey attempt to get his revenge first?