Spoilers: Stuart admits to Dotty in EastEnders that he doesn’t love Roland 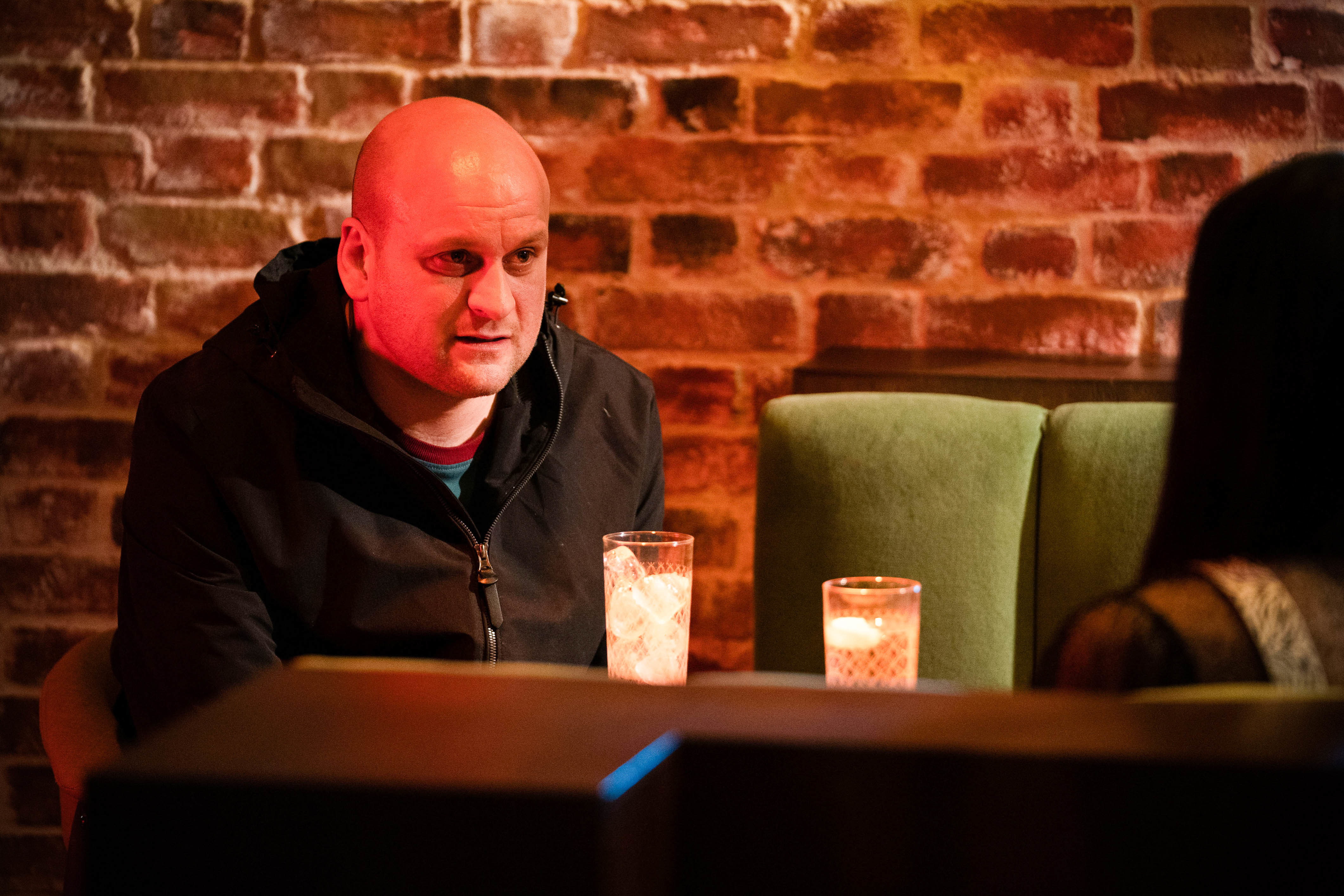 It was a difficult day for Stuart Highway (Ricky Champ) in tonight’s EastEnders, as he had his first chemotherapy appointment.

That wasn’t the only thing troubling, him, though. Rainie (Tanya Franks) is monitoring his painkiller doses and Dotty (Milly Zero) saw her handing him a little plastic bag with the drugs in it. When she saw Stuart on his own later, looking tired and unwell, Dotty assumed he’d been taking drugs and was high.

She was angry to think that Bernie (Clair Norris) had handed her baby over to a couple who were taking drugs. Stuart denied being high, but when Dotty didn’t seem convinced he said there was something he had to tell her.

An unhappy Stuart told Dotty that he was having problems feeling an emotional connection with the baby. ‘When I look at Roland I feel empty,’ he admitted.

Again the first person who came to Dotty’s mind was Bernie, giving her child to someone who can’t love him. Stuart begged her not to say anything to Bernie, knowing how much being a mum means to Rainie. He said he’d sort himself out.

What Stuart doesn’t realise is that he’s suffering from postnatal depression, as EastEnders highlights how it can affect new dads as well as new mums.

The show worked with the charities PANDAS and Mind on the storyline, with Annie Belasco, Head of PANDAS Foundation UK saying, ‘Postnatal depression in fathers is still a much undiscovered and stigmatised area, which is why it is so imperative that awareness is shared. Men who may be feeling unwell with symptoms of postnatal depression can seek the support that they need at an early interventional stage. A full recovery of any low level perinatal mental illness, with the right support, is possible.’