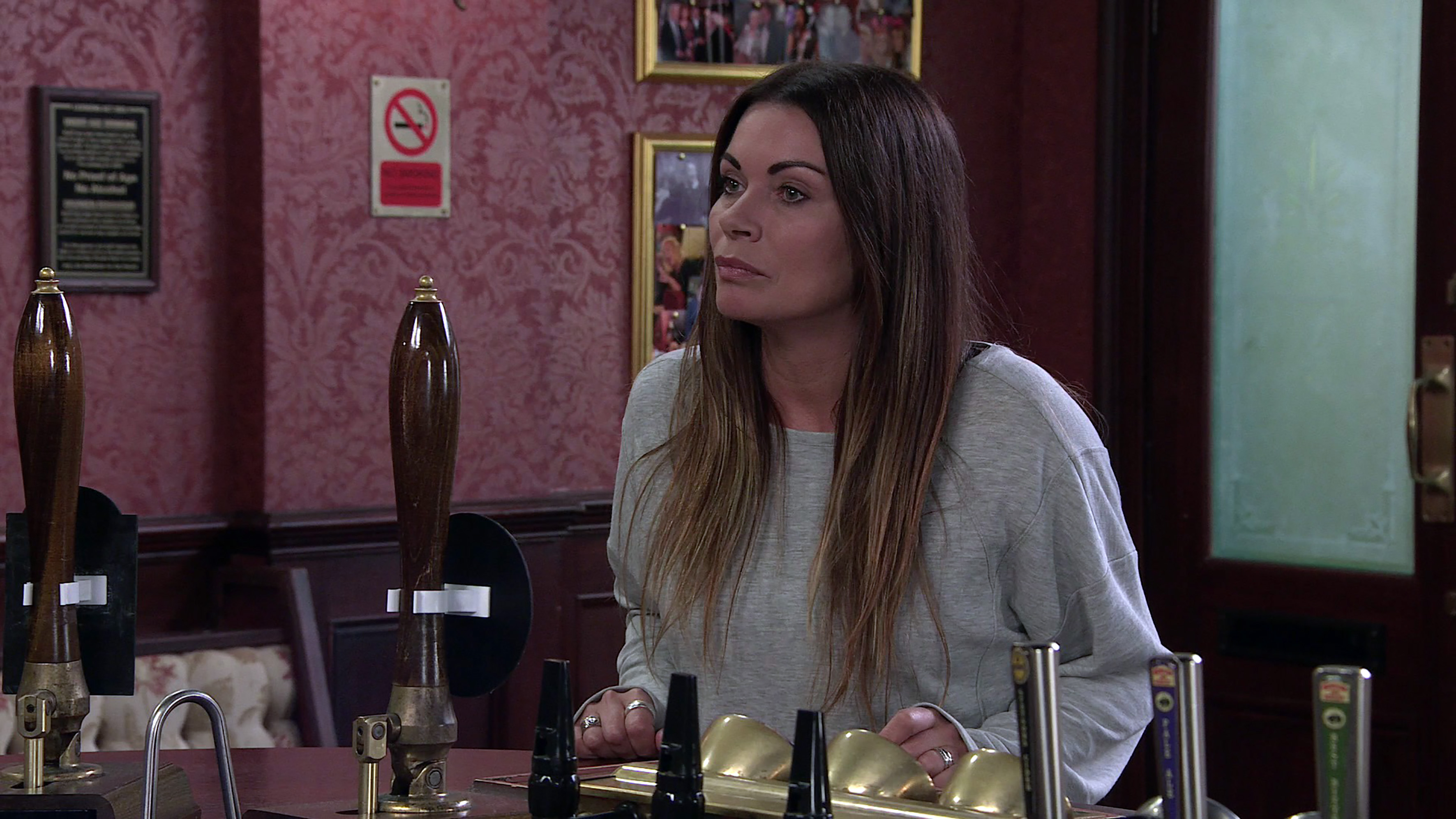 Johnny died during Super Soap Week after making his way into the sinkhole to try and save Jenny (Sally Ann Matthews).

Both Johnny and Jenny became trapped underground, which led to Shona (Julia Goulding) saving Jenny but sadly, as Johnny lost his fight, he drowned.

Coming up, Sarah (Tina O’Brien) notices the Dexter order is due out to the States in two days’ time, so a stressed Carla promises to sort it out.

After a tip off from Sarah, Peter (Chris Gascoyne) drags Carla out for lunch and admits he’s worried about her.

Discovering what Sarah’s been up to, Carla tears a strip off her for whining to Peter and announces she’s taking two weeks’ holiday as of now.

When Carla reveals she’s booked some time off to recuperate and deal with her grief, Peter is overcome with relief.

But will the two weeks’ holiday turn into something permanent?

If Carla can’t deal with the fact Johnny died in Weatherfield, could she leave for a fresh start?