Star Wars fans were left truly gobsmacked this week as the latest episode of the Disney Plus show The Mandalorian saw the introduction of Ahsoka Tano. Played by Hollywood superstar Rosario Dawson, Ahsoka Tano is one of the most pivotal characters in the Star Wars lore, as she was originally Anakin Skywalker’s apprentice. The Disney show showcased just how much Ahsoka has grown since she was last canonically seen in Star Wars Rebels.

Until now, Ahsoka has been restricted to Star Wars animations and books.

This week saw her debut in live action, therefore placing her in the official Star Wars film canon.

Ahsoka’s arrival means that, despite the film canon’s aversion to referencing them, the animated shows such as Star Wars: The Clone Wars, and Star Wars: Rebels, are now all officially in line with the nine mainline films.

What’s more, Ahsoka’s appearance also means that the fate of a few characters in the films have already been signposted. 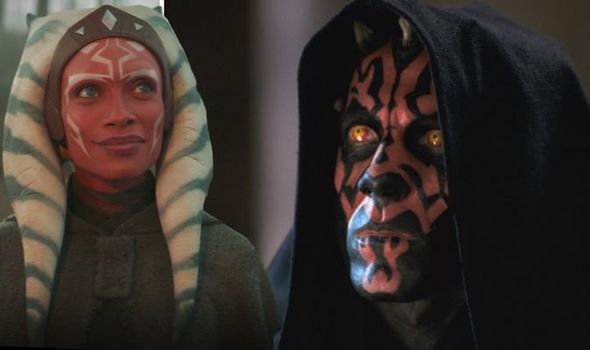 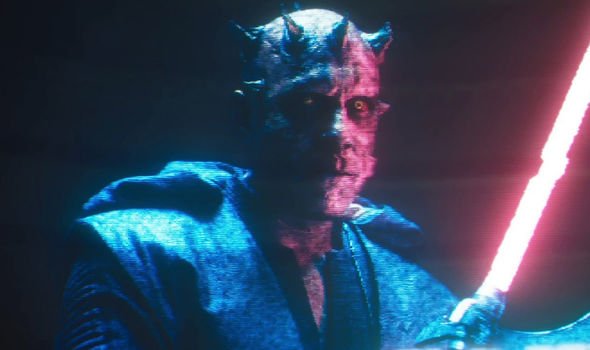 In particular, the arrival of the Jedi means Darth Maul (Ray Park) has his fate already laid out before him.

In The Clone Wars and Rebels, Ahsoka has a vicious rivalry against Darth Maul.

Eventually, this led to Ahsoka working against Maul after he attempted to tempt Ezra Bridger to the Dark Side.

After a string of tough episodes, Maul found his way to Tattooine, and came face-to-face with his original nemesis: Obi-Wan Kenobi (Ewan McGregor). 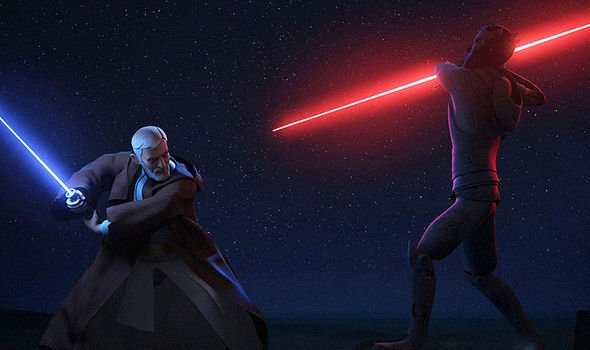 In this fateful encounter, Maul was bested by Obi-Wan, seeing him killed off for good, finishing his epic story, and allowing Ezra and Ahsoka to escape.

Fans of the Star Wars films will be particularly interested in this event, as Maul was last seen in 2018’s Solo: A Star Wars Story.

In the final moments of the film, Qi’ra (Emilia Clarke) finds out who was really behind the Crimson Dawn crime syndicate – Darth Maul.

Maul’s story was originally planned to be told in a Solo trilogy – but a second film in the series has not been announced just yet.

Ahsoka’s arrival in the Star Wars canon now proves that Maul will surely die after the events of Solo, at the hands of none other than legendary Jedi Knight Obi-Wan Kenobi.

This news lines up with the information that was revealed earlier this month by The Star Wars Archives author, Paul Duncan.

The author recently spoke out on the plans George Lucas originally had for the sequel trilogy, which took place long after The Return of the Jedi.

He explained Lucas envisioned Darth Maul to be the main fighting force behind the trilogy, alongside Darth Talon – an extended lore foe.

On top of this, Lucas apparently had big plans for Luke Skywalker and Leia Organa – both of whom featured prominently.

Duncan said: “George Lucas’ plan for the sequel trilogy included: Darth Maul and Darth Talon as the villains; Luke rebuilding the Jedi Order from survivors of Order 66; Leia forming the New Republic, becoming the Chosen One.”

He added that Lucas revealed “these were some of his ideas when prepping the films in 2012, before he sold to Disney”.

The Star Wars films and The Mandalorian are available to watch on Disney Plus now.