With Rise of Skywalker just over six months away, the internet is awash with reports rumours and leaks. Only one man knows the entire truth. Pablo Hidalgo is employed by Disney and Lucasfilm to ensure continuity and correctness across the entire franchise, from books to TV shows, films and comics. So, when he points out something, you know he is right.

Her strange affinity for it remains to be explained. Why, for example, did it fly to her and not Kylo Ren, who we definitely know has Skywalker blood?

Rey is showing wielding it in the first teaser trailer for Star Wars 9, so she must have repaired it after it was broken at the end of The Last Jedi. In her quest to discover her heritage, it might be best if she hadn’t look at the base of the weapon while she was doing so.

Hidalgo just spotted a Star Wars mistake while rewatching a classic scene from Empire Strikes Back. 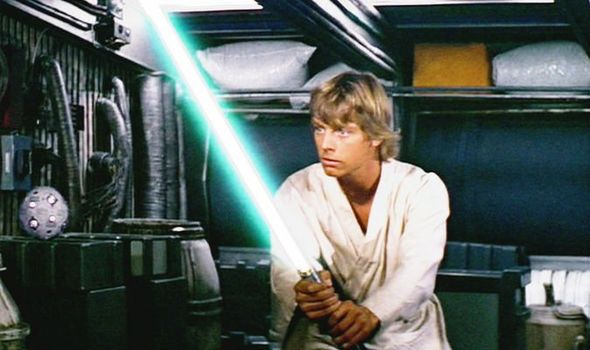 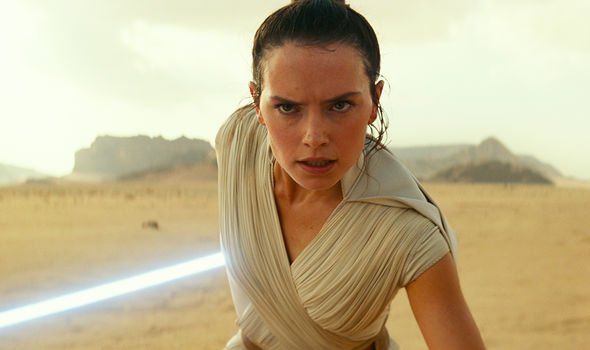 Remember when Luke is hung upside down in the Wampa’s cave on Hoth and calls his lightsaber to him? Hidalgo recently rewatched the movie in HD and spotted what is stamped on the base of the lightsaber.

It’s blurry in the image but Hidalgo assured fans this is what it said.

He posted the hilarious gaffe online: “I’ve noted this before, but every time I watch a Star Wars movie, there’s something new to notice. Especially if I’m fortunate to catch it on the big screen. This latest discovery? That ‘NEW YORK’ is visible on the bottom of Luke’s lightsaber in EMPIRE.”

If Rey turns out to be part of the family (or a Skywalker clone) after all, does this mean their roots lie way back in the Big Apple? 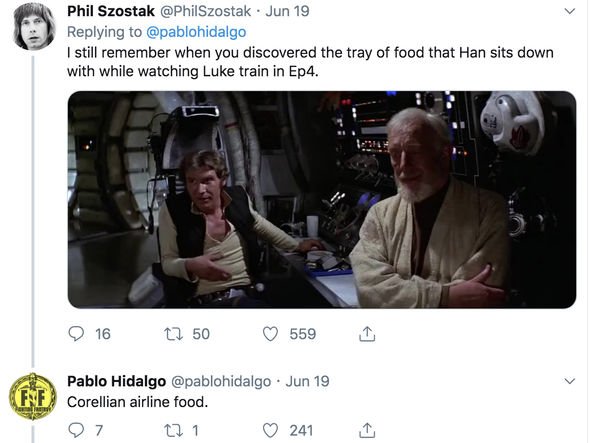 Of course not, although stranger things have happened.

Many were quick to make gags about Empire Strikes Back and the Empire State Building. Another posted a classic moment from A New Hope where Han appears to have a tray of airline food on the Millennium Falcon.

A little light relief certainly won’t hurt as fans continue to feud over The Last Jedi and their expectations for Episode 9.

STAR WARS 9 RISE OF SKYWALKER IS OUT ON DECEMBER 20