OVER the last 17 years, The X Factor has searched for the stars of the future – with varying degrees of success.

The stellar careers of many, including, Alexandra Burke, JLSand One Direction, were launched on the show while some winners failed to set the music industry alight. 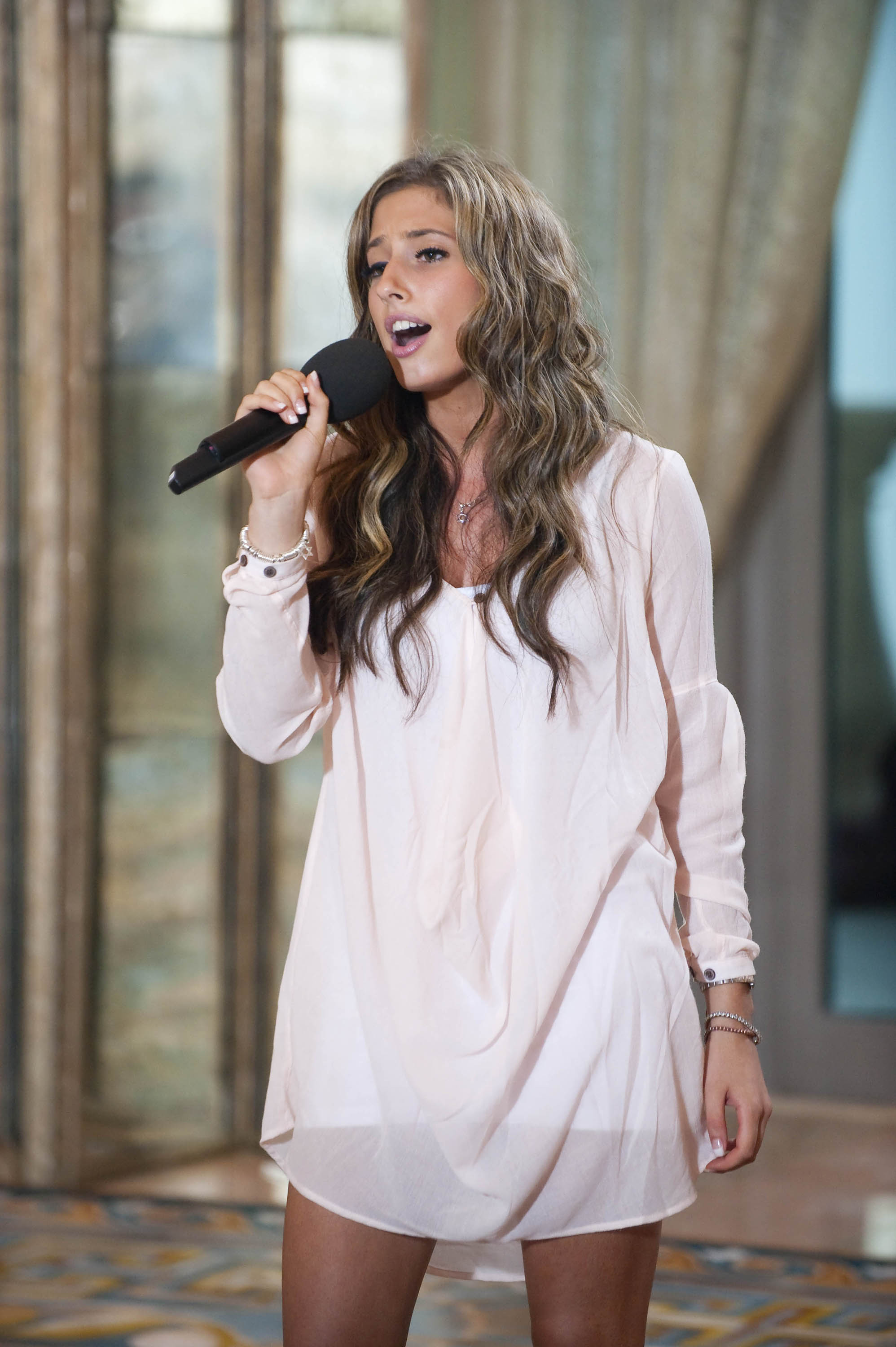 But there are others contestants who have gone on to find fame and fortune elsewhere – despite losing out on the coveted £1million prize and recording contract.

From Stacey Solomon to gymnast Louis Smith, these are the famous faces whose appearance on the iconic talent show you may have forgotten. 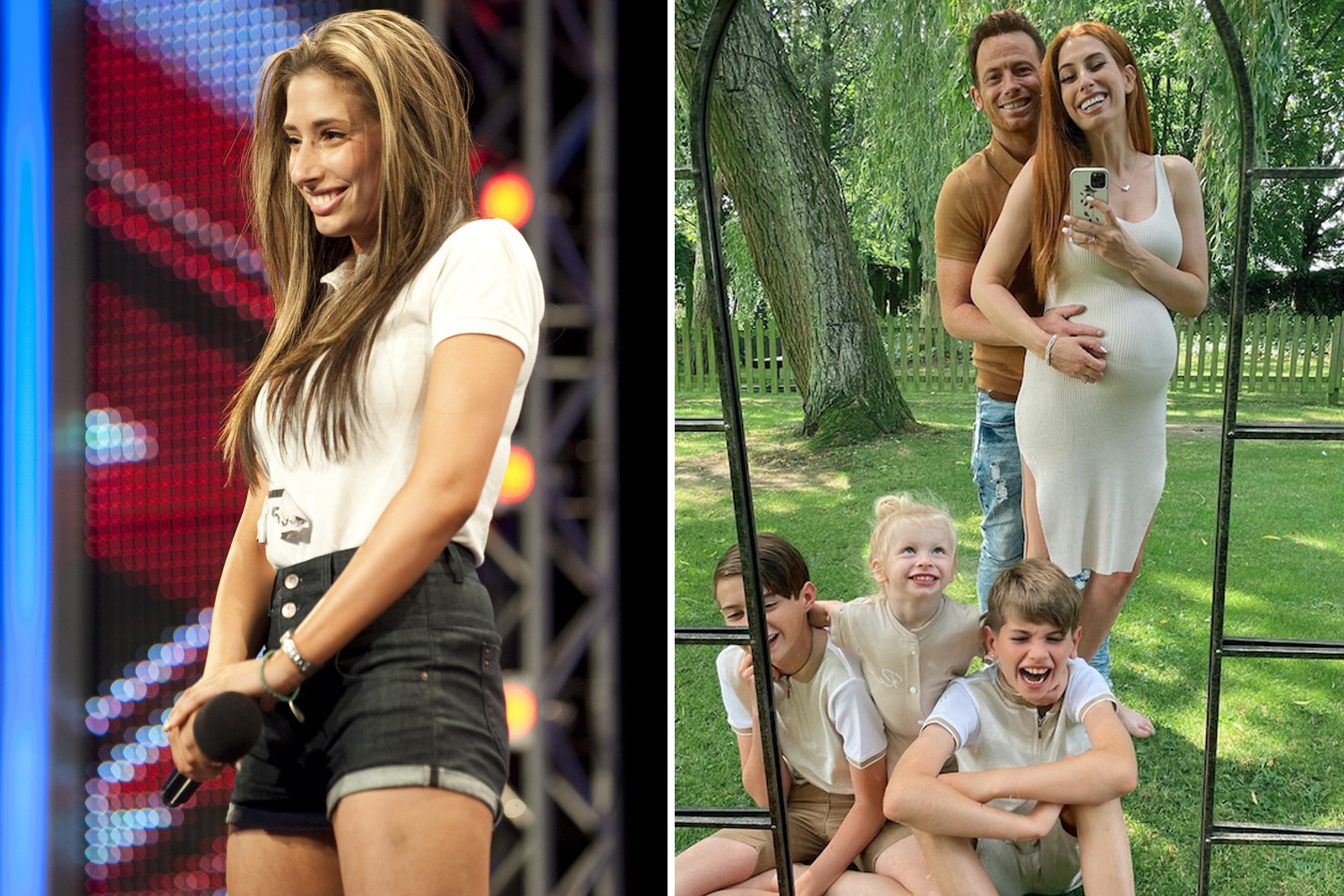 Now a household name as a Loose Woman, an Instagram hit and a clean queen with a £5m fortune, Stacey Solomon got her first break on The X Factor at the age of 19.

Winning the audience’s heart with her breathless chatter and bubbly personality, she then stunned the judges with an incredible rendition of Louis Armstrong's What a Wonderful World.

While her singing career was shelved some time ago, Stacey has forged a successful career in TV, being crowned I’m a Celebrity’s Queen of the Jungle in 2010 and landing a seat on the Loose Women panel.

The mum of three, now expecting her fourth child with partner Joe Swash, has also launched her own clothing range at Primark and written several books, including Tap To Tidy, a guide to getting organised at home.

In March the 31-year-old announced that the BBC had commissioned home-de-cluttering series Sort Your Life Out, with her presenting. 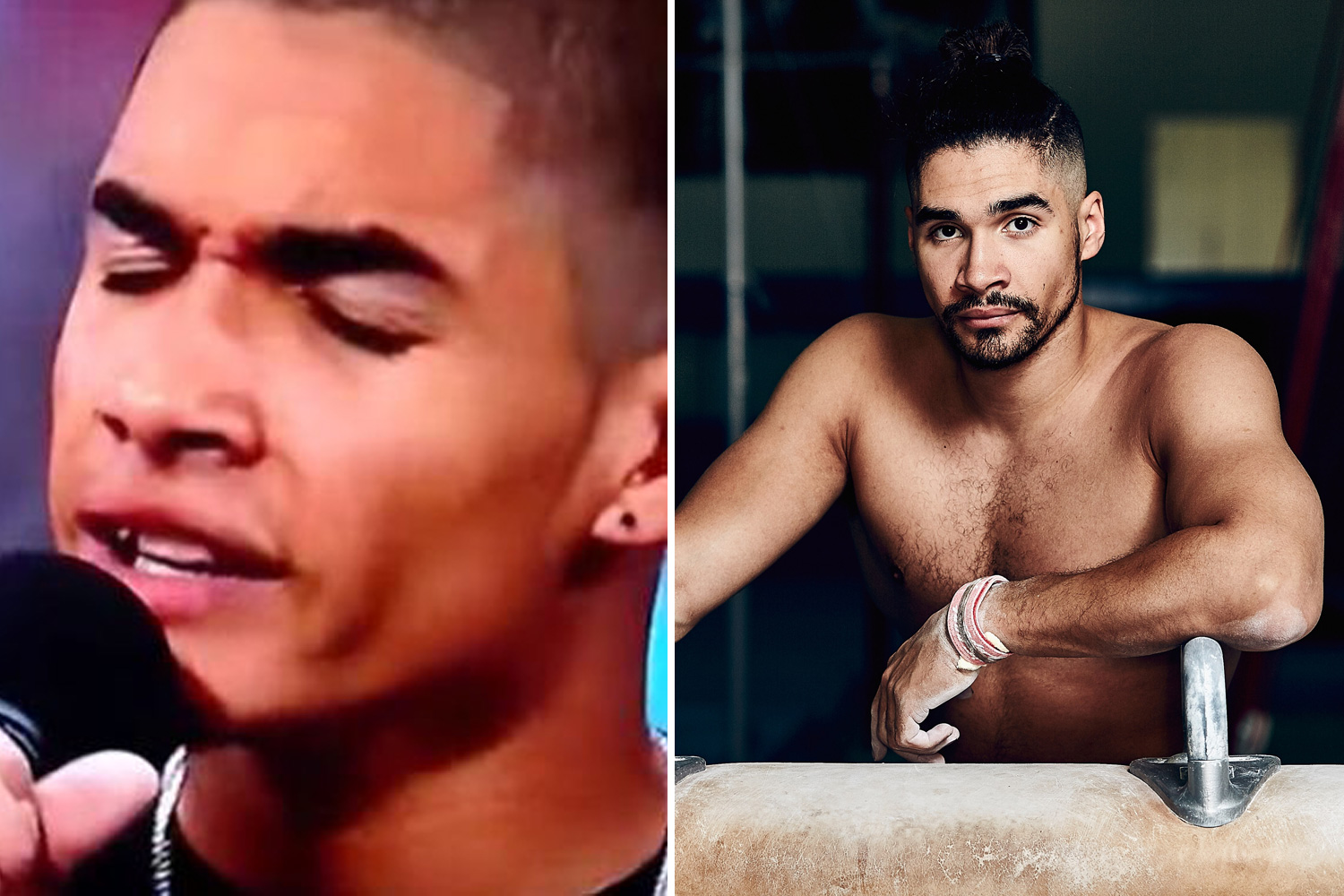 Gymnast Louis was already on the path to Olympic glory after qualifying for Team GB in when he made a bid for a career change by auditioning on the show, in 2008.

Simon Cowell put him back on the right track when he told him: “I don't think you'll ever be good enough.

“So stick to doing what you're brilliant at doing. For you to achieve what you've achieved at your age is incredible."

He went on to win bronze and silver medals in the Beijing, London and Rio Olympics. 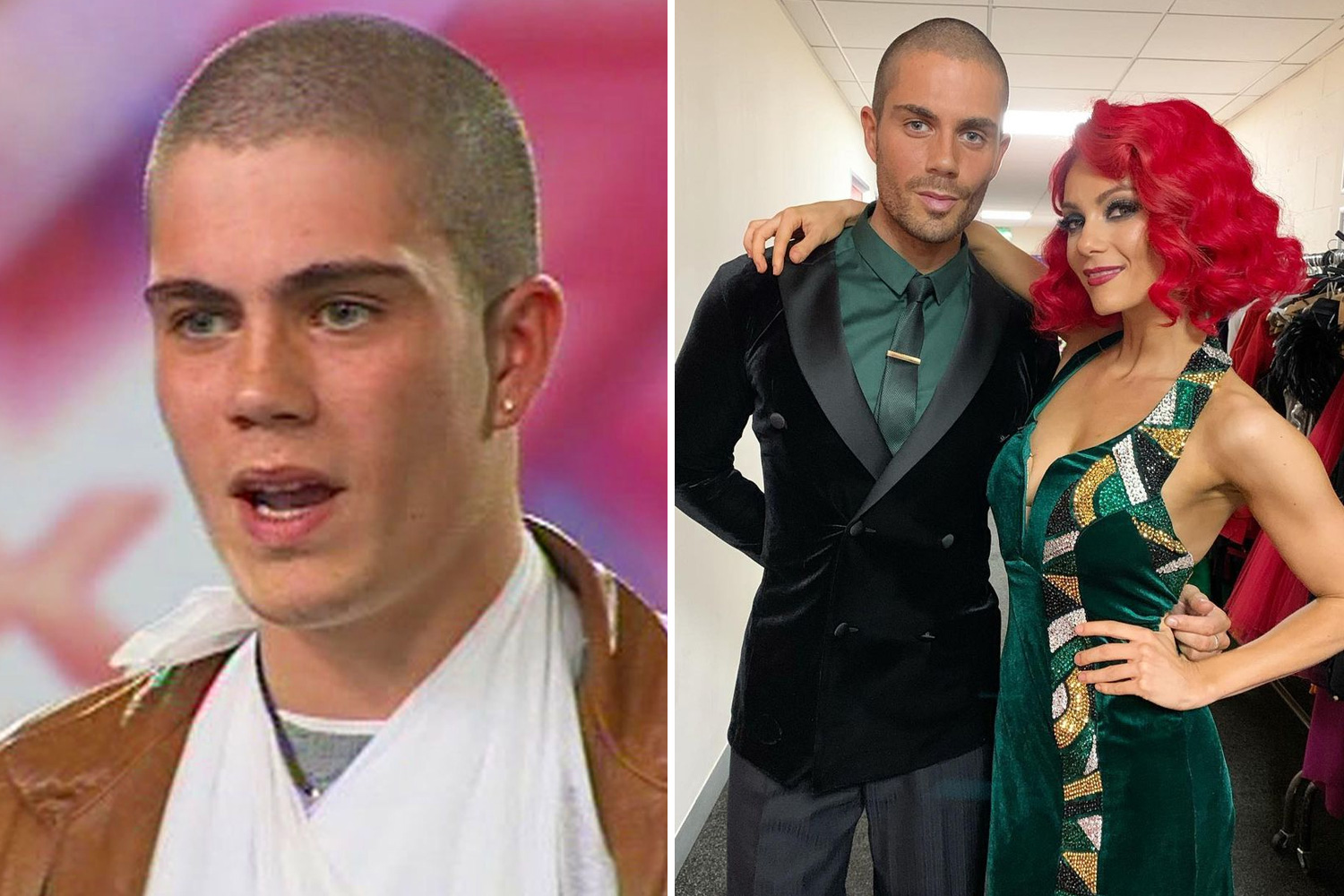 As a member of The Wanted, Max found chart success and a string of hits, including All Time Low and Glad You Came.

But he actually auditioned for The X Factor, in 2005, four years before joining the boy band.

Simon Cowell said he reminded him of a "young Robbie Williams", although he didn’t get far in the competition.

He tried again as part of the the four-piece boy band Avenue in 2006, with the band performing an acapella version of the Will Young song, Leave Right Now.

They were mentored by Louis Walsh but were eliminated after completing the bootcamp and judges' houses rounds of the show.

Since The Wanted split in 2014, Max has had a solo career as well as working as a model and appearing on Strictly Come Dancing.

Now 32, Max currently presents a show on Hit Radio and has hinted at a band reunion. 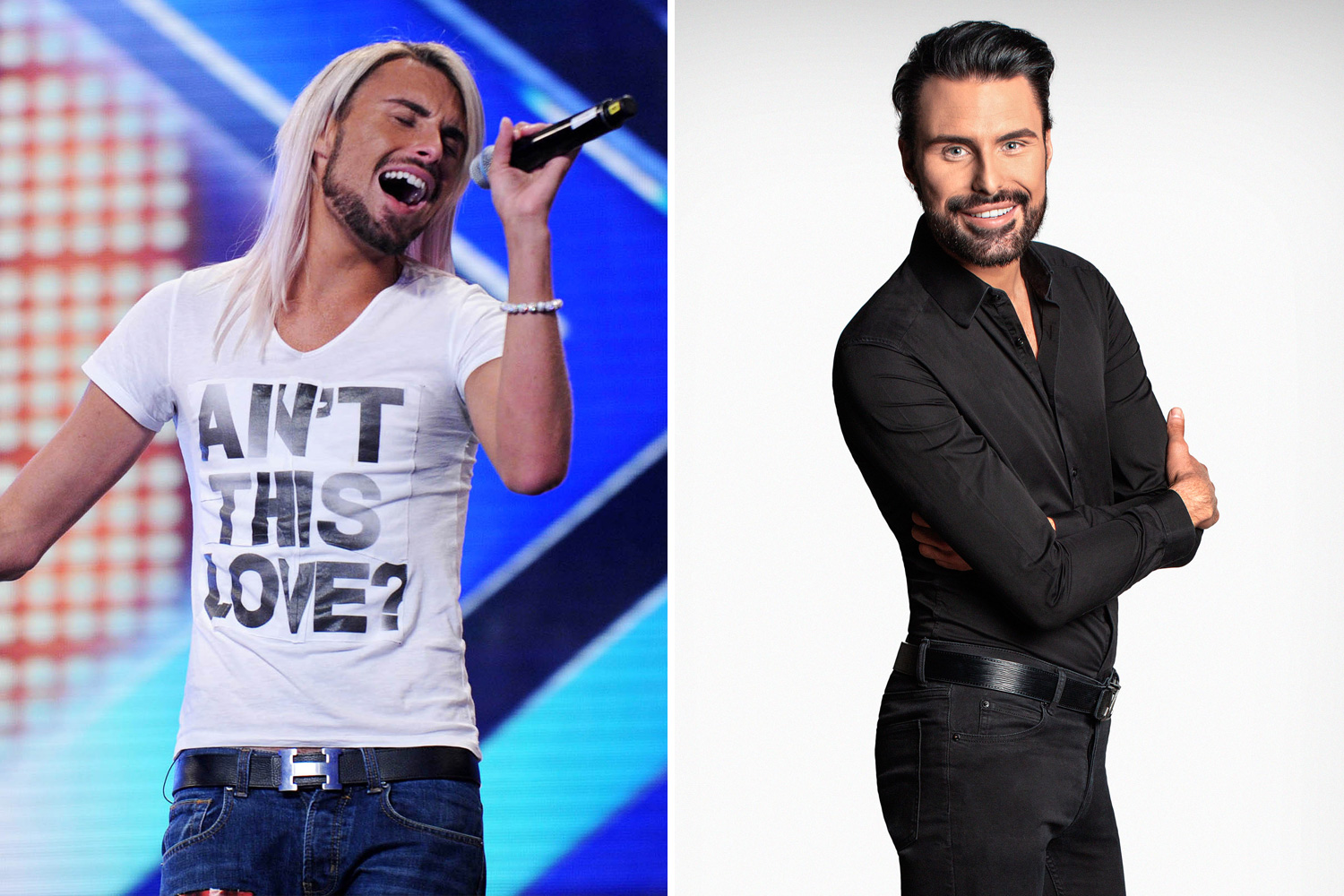 The Essex-born star has forged an incredible career on TV and radio fronting Strictly Come Dancing: It Takes Two, Supermarket Sweep and a Saturday afternoon show on Radio 2.

But it all began on The X Factor in 2012, where he auditioned with Des'ree's Kissing You.

Despite Judge Gary Barlow telling him “love your personality, hate your voice, really strange song choice as well," he made it the Judges’ Houses stage.

He famously broke down in tears when Nicole Scherzinger chose him for the next stage.

Rylan won Celebrity Big Brother in 2013 and has managed to rack up a £4.5million fortune since, but has recently taken a step back from work after splitting from husband Dan Neal. 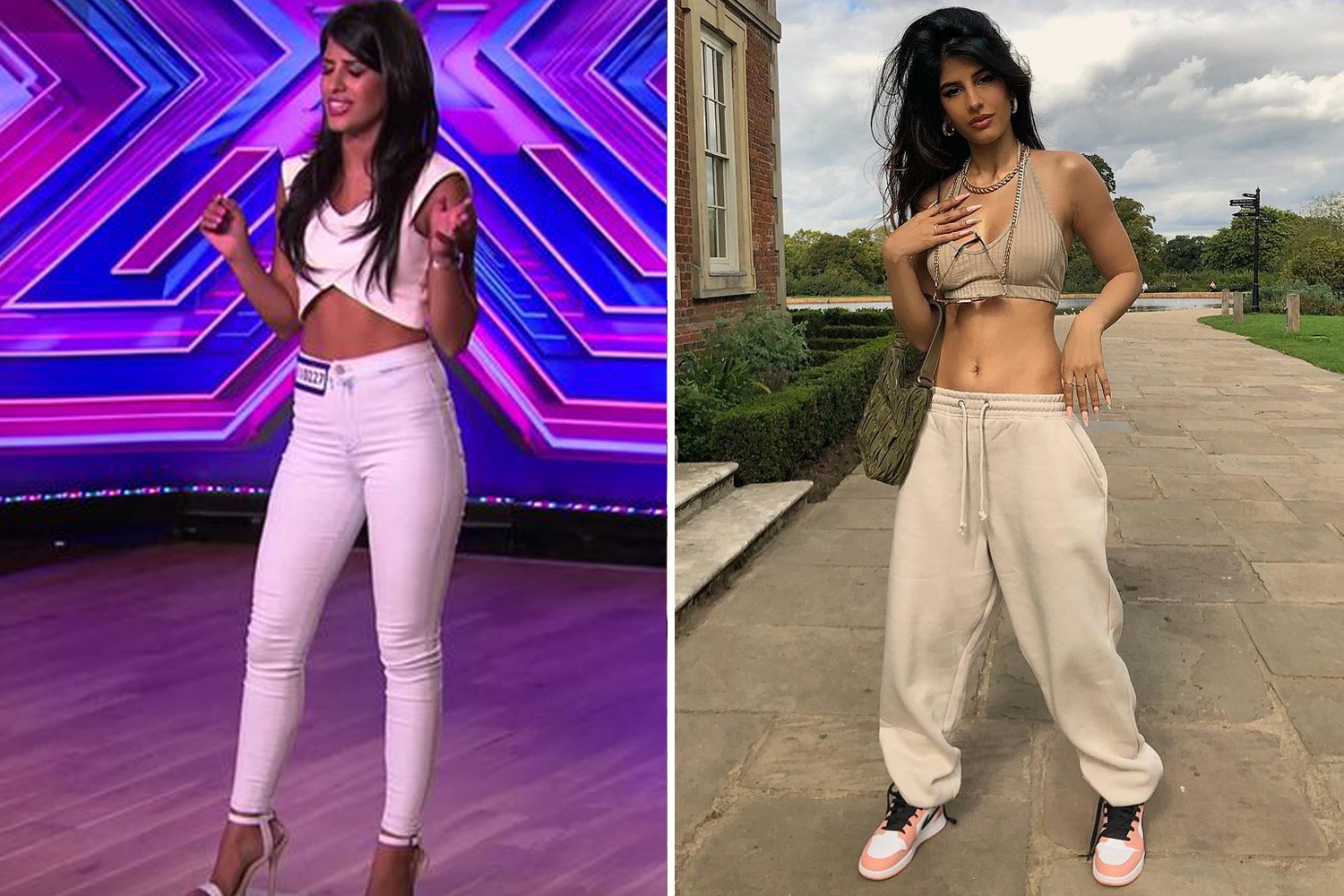 The former Towie star auditioned in 2014 and sang Clean Bandit's Rather Be, then was asked to sing a different song before being stopped mid-performance.

She was left in tears after Simon Cowell said: "Jasmin, can I be honest with you? You haven't got a great singing voice. You really haven't,” and getting four ‘nos’ from the judges.

Jasmin later complained that she had been kept waiting all day, and left exhausted and nervous.

“Simon did mug me off, when I was singing I was getting to the chorus, and actually the chorus is the best bit where you can actually see your vocal ability in the song,” she said afterwards. “When he had stopped me I just thought 'oh c***'."

Jasmin – who has 580,000 followers in Instagram – has since released several singles which have made the charts in India, as well as launching a Bollywood career. 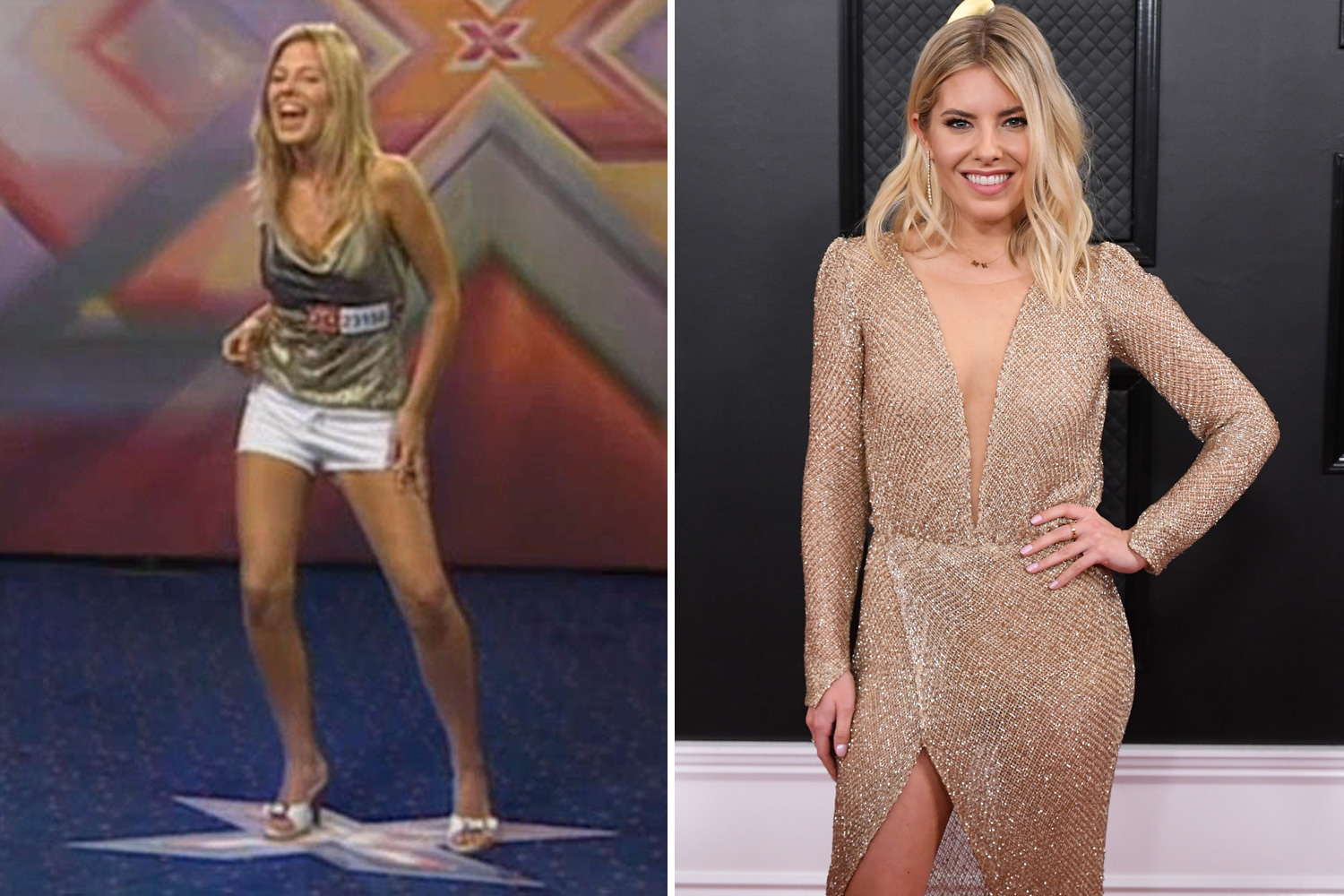 Known for her hits with The Saturdays, Mollie King actually auditioned for The X Factor twice.

At her first try, in 2005, she sang Etta James' I Just Wanna Make Love To You but judge Sharon Osborne was more interested in her skimpy outfit, telling her: "I think you're dressed totally inappropriately."

She later returned as part of a girl band, Fallen Angelz, who made it to round two before being eliminated.

Mollie, 34, went on to achieve huge success with The Saturdays before becoming a radio presenter, a stand-in host for This Morning and competing in 2017’s Strictly. 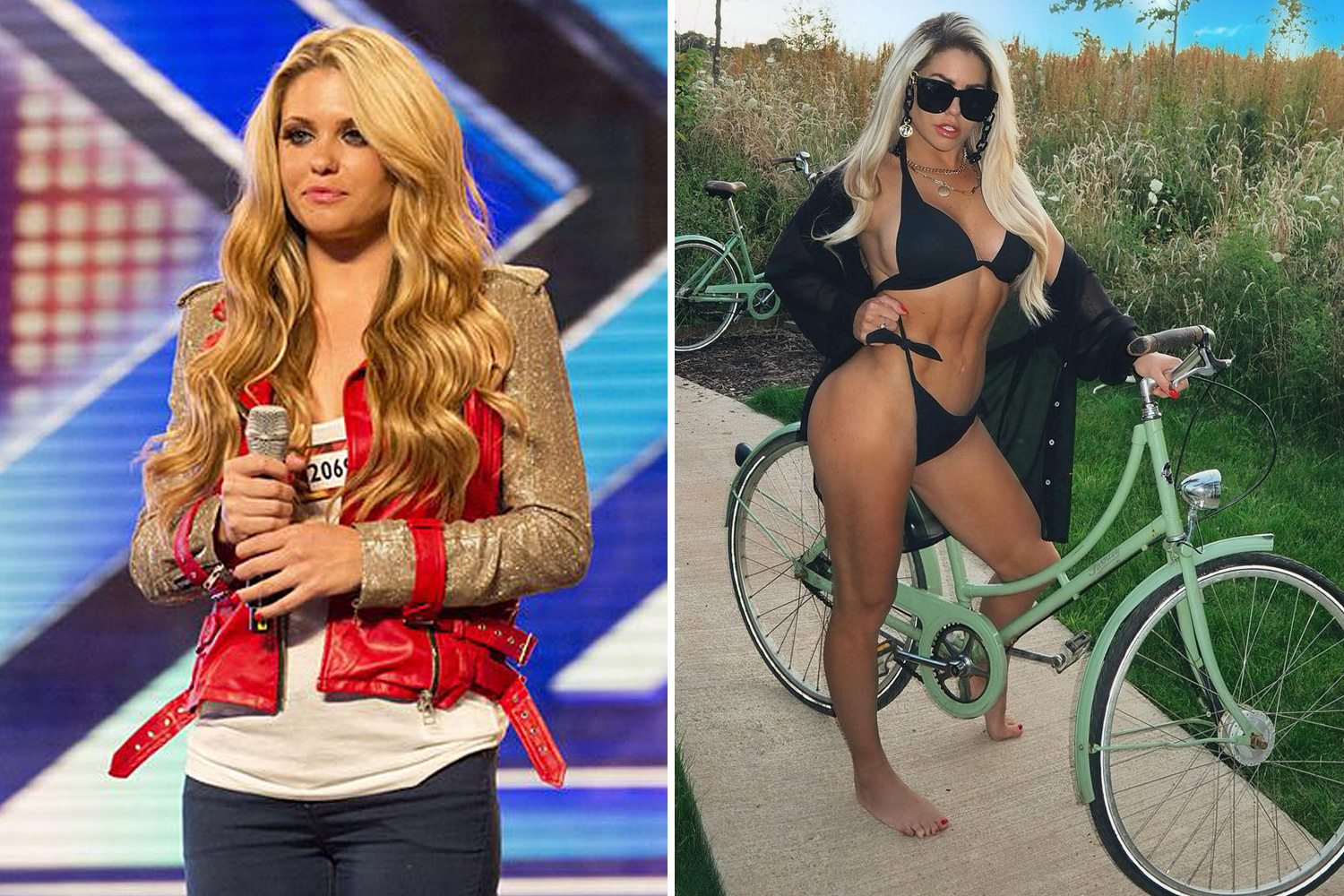 The reality star claimed music was her life when she appeared on the 2012 series, but Gary Barlow labelled her performance “mediocre”.

Tulisa told her: "I think you're a cool girl, I've met you out a few times. But I'm not feeling the vocals." 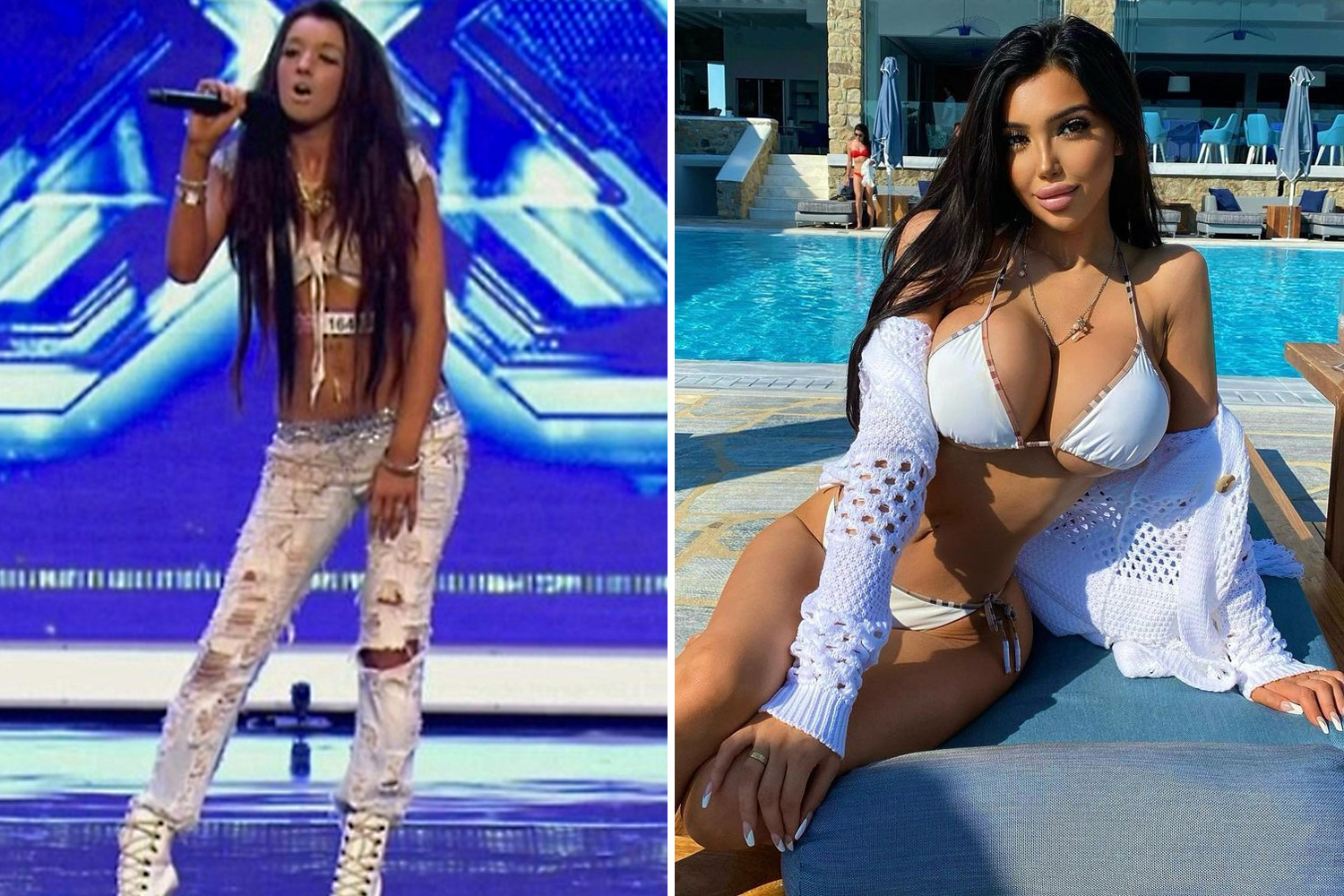 Chloe initially impressed judges with her rendition of Summertime, in 2010, but her stint on show did not end well.

She was booted out of boot camp after partying all night and turning up smelling of vodka.

The glamour girl has since appeared on Celebrity Big Brother and went on to launch a lucrative webcam business. 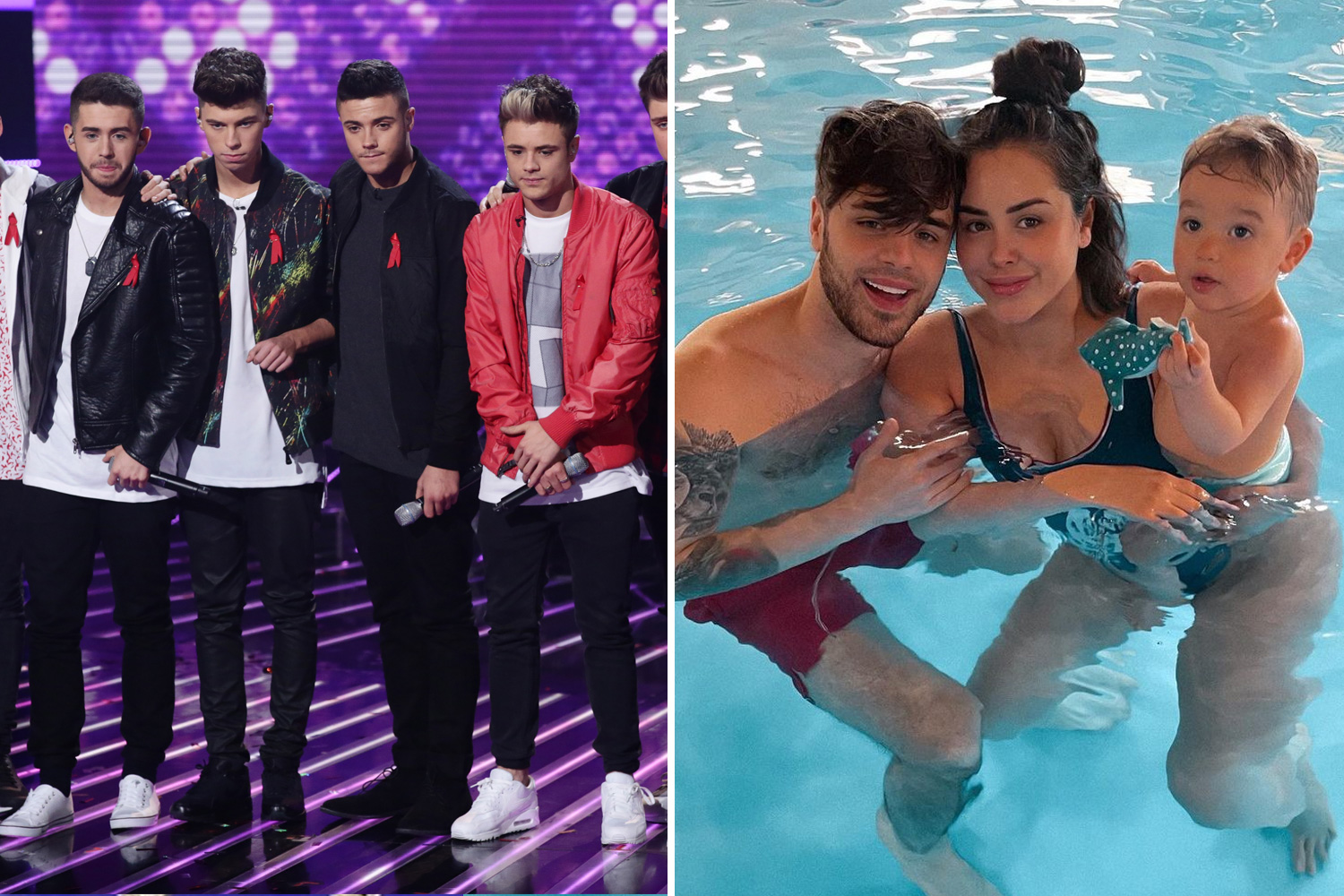 After an ill-fated stint as part of the show's eight-piece group Stereo Kicks, he joined established band Union J in May 2016 after George Shelley left.

Casey left the group less than a year later and went on to star in dating show Single AF in 2017, before hooking up with Geordie Shore's Marnie Simpson.

The couple, who have a one-year-old son, Rox, and star in Geordie OGs on MTV, were set to wed this August but have delayed because of Covid restrictions.

Forgot, On, stars, the, Were, X, You
Celebrities