“Starstruck” has an awkward streak. Not in the put-upon, festival of cringe kind of way, but in the natural wake of two people who genuinely don’t know how each feels about the other. Their time together isn’t all dreaded pauses and goofy silence-fillers, but there are a few of those, too. It’s one of the great achievements of this new HBO Max comedy that this dance of uncertain feelings and independent lives is so well woven into the genuinely funny DNA of the rest of the series that it all feels blissfully natural.

That slightly uneven footing for Jessie (Rose Matafeo) and Tom (Nikesh Patel) starts at the beginning, when they add “an unglamorous bathroom sink” to the taxonomy of meet-cute locations. From what each of them may initially think is a New Year’s Eve one-night stand, things hit a slight complication when Jessie slowly realizes that Tom is Tom Kapoor, a luxury brand endorsement-level movie star.

A lesser version of this show would become fixated on this unexpected encounter, with Jessie drawing everyone in her circle into a new infatuation. Instead, Jessie keeps Tom’s number in her phone as “Tom Famous” and largely continues with her life. (The one morning-after celebration we see is her dancing through a London neighborhood following a night spent with a guy she accurately predicts she’ll never see again.) If any friend knows about her memorable start to the calendar year, they also know that Jessie has both the confidence and impulsive nature to pursue other options as she so chooses. 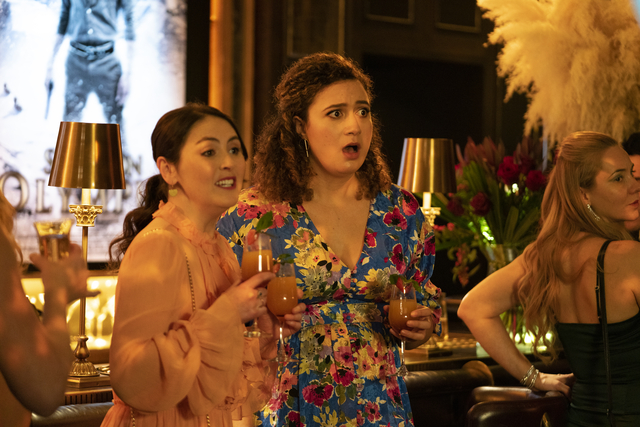 Series writers Matafeo and Alice Snedden wisely set this six-episode season (which first aired in the UK on BBC Three) over the course of a year. “Starstruck” then gets to follow the logical progression through some playful first few dates, some stretches apart, and various attempts at reconnecting. Tom never quite slips into the “one that got away” regret zone, but the show has fun with how each of them have ways of keeping tabs on each other that have nothing to do with fame.

Through this year, Tom is pretty much the only new person we see enter Jessie’s life. That’s because “Starstruck” is bolstered at the outset by a web of people in Jessie’s inner circle who feel like they’ve been there forever. Her flatmate Kate (Emma Sidi) has plenty of words of encouragement but also isn’t afraid to give her a stern rebuke when she leans into a self-destructive streak. At Jessie’s part-time job as a nanny, she has a shorthand with the perpetually skeptical boss (Sindhu Vee).

Part of that is Matafeo and Snedden’s snappy banter that isn’t so hypercharged it feels manufactured. With Tom, Kate, and even her co-worker Joe, “Starstruck” has a clear handle on the each person’s enthusiasm-to-concern ratio when it comes to any of Jessie’s choices, not just who she’s seeing. Somehow, “Starstruck” manages to stay in that sweet spot between ignoring Tom’s celebrity completely and being completely sidelined by it. For every awkward encounter with someone in Jessie’s circle, there are just as many built on the usual jealousies and misunderstandings and fascinations that come from having a new person around.

It’s both a testament to the show’s strength and the closest thing it has to a weakness that Tom almost doesn’t need to be a movie star at all. He doesn’t have a direct analogue — he’s not an obvious stand-in for an A-lister. Some scenes have him mobbed in broad daylight by unrelated throngs of selfie seekers, others afford him the level of recognition of a series regular on a CW show. Fame is fickle, but Tom ends up being whatever the show needs him to be at any given moment. 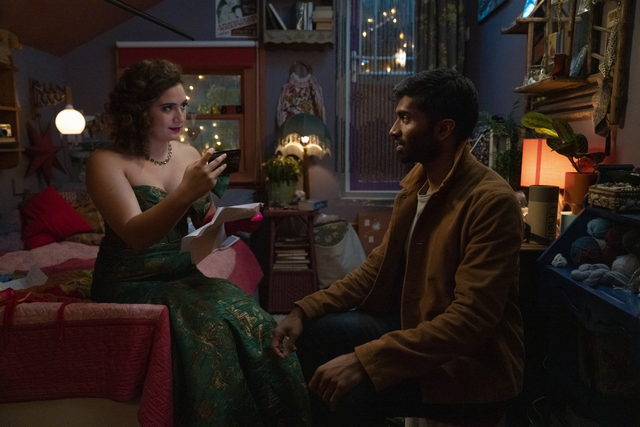 “Starstruck” is the kind of best case rom-com that manages to translate the sparky parts of newfound feelings rather than fashion a fairytale from whole cloth. Other stories have found fertile ground in the anxieties of how and when exactly to reach out to a new crush, but “Starstruck” thrives on the fact that Jessie and Tom’s chemistry is a surprise to each.

In that way, they make a convincing pair at pretty much any stage of a potential relationship. Matafeo and Patel find ways to make Jessie and Tom make sense in an effortless flirty honeymoon period, as people who stayed friends after a random hookup, or as a bickering couple who already seem to know each other’s weak spots all too well. “Yes, God, Yes” director Karen Maine is behind the camera for the entire series here, bringing a canny sense of timing and closeness to how this pair’s various meetings play out. There’s a certain kind of anticipation fueling each of these scenes, regardless of how these characters try to guard their feelings.

If “falling for a movie star” is the potential hook, Matafeo is the one doing the reeling in and doing it with all the confidence that Jessie has. Through her, “Starstruck” isn’t afraid to let Jessie fail once in a while. Someone like Matafeo makes it incredibly easy to follow wherever Jessie leads. Along the way, “Starstruck” capitalizes so well on the tiny details: the way that feeling confused can lead you to spouting nonsensical sentences, realizing how stupid a text sounds the instant you send it, the particular eerie silence that comes when you realize your time with someone you care about is running out. For the two characters in the moment, it’s occasionally excruciating. As a journey worth following — for another season, thankfully! — the bumps in the road are all part of a deceptively effortless ride.

“Starstruck” Season 1 is now available to stream on HBO Max.