Sale Nugent cheekily scolded Dan Walker and Louise Minchin on Monday’s BBC Breakfast as the co-hosts bickered about their love for different sports. Dan accused Louise of “glazing over” whenever he discusses golf tournaments with her while Louise complained her co-host wasn’t allowed her to fully analyse the World Triathlon Series which took place in Leeds over the weekend.

During her sports segment, Sally revealed that Alistair Brownlee faces Olympic omission after being disqualified in the World Triathlon Series.

“I know Louise you were there, hugely disappointing,” Sally commented.

“It was disappointing,” Louise replied. “You just get a sense don’t you of how much the Brownlees have done for the sport.

“But also Alex Yee won that race absolutely fantastically so there are other people coming through.” 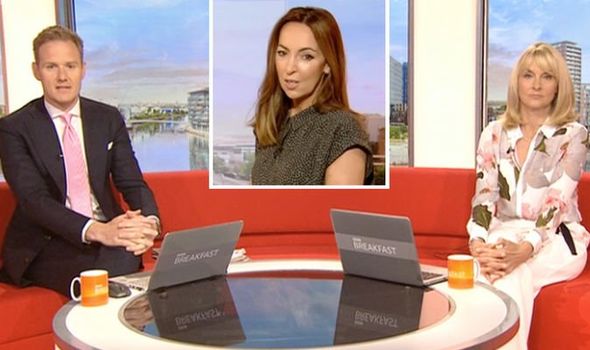 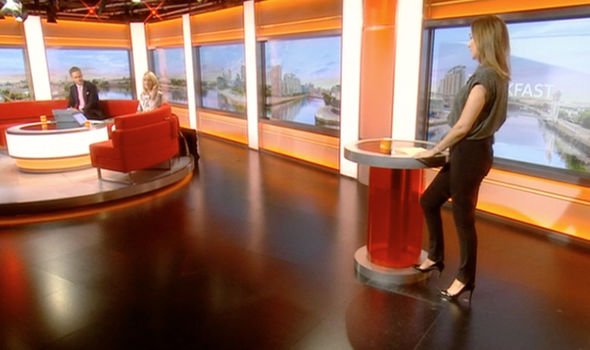 “Can you see how interested I am,” Dan swiped and Louise hit back: “How’s your face going?”

“When I talk about golf you glaze over, I’m intrigued by your triathlon,” Dan remarked.

“I did say to him that this is the first time in two years we’ve had a triathlon of that nature in this country,” Louise explained.

“When I talk about Phil Mickelson winning the PGA which was a huge moment, as soon as I mentioned the g-word, [Louise glazed over],” Dan joked. 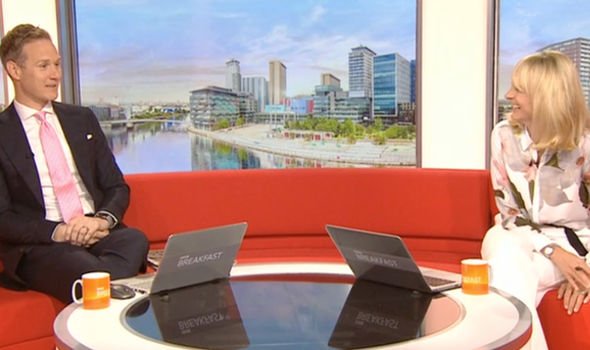 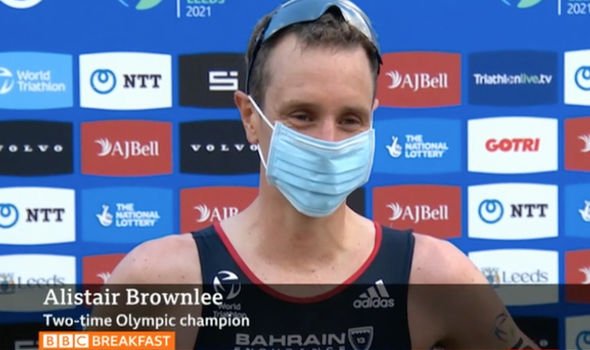 “It’s the first one in two years,” Louise protested but Dan ignored his co-host and introduced weather presenter Carol Kirkwood.

Later, Louise opened up on being present for Alex Yee’s victory at the World Triathlon Series in Leeds.

“It was such a wonderful thing to see it live,” Louise commented before turning to Dan and added: “I know you’ve seen lots of sport live.

“But to see the Triathlon back in Leeds was brilliant, it was a really tough course and well done to Alex.”

“We’ll be looking forward to that doing the Olympics, as well,” Dan remarked.

Double Olympic champion Alistair Brownlee appeared to admit defeat in his bid to make Britain’s squad for the Tokyo Olympics after his disqualification from the World Triathlon Championship.

Alistair was seen dunking Chase McQueen during the swimming leg of the event in Roundhay Park.

He tweeted: “I think GB have a great team going to the Olympics and I wish them all the best.

“@Lixsanyee [Alex Yee’s] performance today was outstanding and a breakthrough.

“I’ve known my ankle needs surgery for a little while. My focus will be on getting healthy again and then long distance triathlon in the future.”

BBC Breakfast airs daily on BBC One at 6am.