‘Stranger Things’: 13 Totally ‘80s Pop Culture References That Should Be in Season 3

In its first two seasons, “Stranger Things” became an ’80s pop culture delivery system that celebrated one of the best aspects of that era: consumerism! Whether it was Eggo waffles or Dragon’s Lair, the kids of Hawkins, Indiana didn’t see a product they didn’t want.

For Season 3, “Stranger Things” takes place in 1985 and culminates in an Independence Day carnival. (As luck would have it, in 1985 that falls on a Thursday, the same as it does this year when Netflix decided to release Season 3. Coincidence? Ask the Duffer Brothers.)That year is also rich with significant pop culture milestones and although the show isn’t necessarily a documentary, it does offer a visual playground for that time period. Let’s take a look at some of the most important pop culture references for 1985 up through Independence Day that we might be able to expect this season:

Although this movie technically premiered in December 1984, it had major box office holdover into the new year. Eddie Murphy and his rebellious cop ways were a cultural touchstone for everyone, and whether it’s a banana in the tailpipe or the strains of “Axel F,” any nod to the film would be welcome.

Although the main set of Hawkins kids would still be considered the MTV generation, VH1 launched on Jan. 1 to appeal to the older crowd. Perhaps Joyce Byers or Jim Hopper enjoy checking out Tina Turner, Sting, or Chicago music videos.

The Gipper enters into his second term as POTUS at this time, and he was a frequent butt of affectionate jokes, from his love of jellybeans to how he called his First Lady Nancy Reagan “Mommy.”

This was the supergroup to end all supergroups. Inspired by the British supergroup Band Aid’s 1984 single, “Do They Know it’s Christmas,” various American artists ranging from Michael Jackson and Cyndi Lauper to Ray Charles and Tina Turner, banded together to form USA for Africa to record a charity album that would benefit famine relief. The song was an unqualified hit, although the distribution and application of the resulting funds were not. 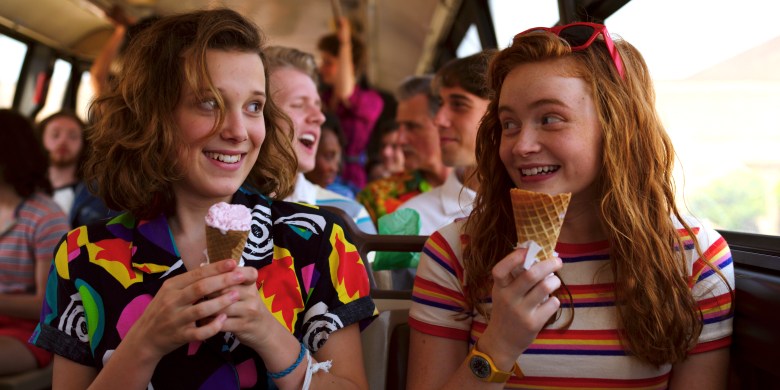 Now that the show is well past the ’70s, drab colors are forgotten in favor of the Cyndi Lauper-style vibrancy of the era, ranging from neons and primary hues to bold Hawaiian prints. Women and men also played with proportions, whether it was the skinny leggings topped by oversized sweater or parachute pants paired by a crop top. With the new Starcourt Mall in Hawkins, one or more characters better be getting a makeover. This show is long overdue for a fashion montage.

None of the main characters seem to be audiophiles, but the kids and their teacher Mr. Clarke do like technology. With the introduction of the CD, especially David Bowie’s works digitized in February 1985, somebody in Hawkins must surely be fans. If only Barb were still alive.

Whitney Houston dropped her debut album, and this was just one of the breakout singles. The epic, romantic quality of the song is just ripe for a climactic moment in this series.

Madge was on her Like a Virgin Tour at this time, and was one of the biggest pop figures at the time. Her music and fashions could not be escaped.

The U.S. is still very much embroiled in the Cold War, especially after the Soviets boycotted the Summer Olympics held in Los Angeles in 1984. A year later, the Soviet Union has performed a nuclear test in Kazakhstan, and Mikhail Gorbachev has become the Russian leader. Anti-Communist sentiment is running high.

Coca-Cola and PepsiCo wanted to corner even more of the cola market. The former introduced the fancier Cherry Coke and a rejiggered recipe that was sweeter called New Coke. It failed miserably. Pepsi Free was a caffeine-free Pepsi that was actually introduced in 1982, but was famously mentioned in the 1985 film “Back to the Future.” The formula is now known as Caffeine-Free Pepsi.

Back in the ’80s over-the-top stunts and epic finales were the norm during the sweeps period for television, when ratings were all-important. We can imagine someone like Mrs. Wheeler (Cara Buono) holing up to watch the finales of “Dynasty,” in which a wedding party is massacred, or “Dallas,” when Bobby Ewing (Patrick Duffy) is run down by a car. 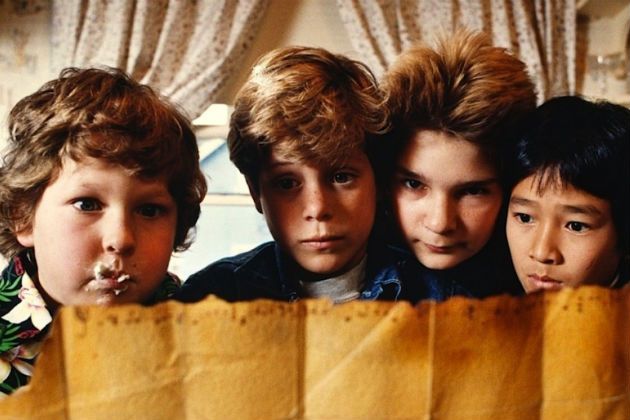 This may be overkill since the Richard Donner kids’ adventure is in the DNA of the series, and even one grown-up member of the Goonies, Sean Astin, had already guest-starred. But there’s something about the wonderful inclusivity and can-do attitude in Donner’s film that would feel at home in Hawkins.

The film about old people finding a new, sci-fi lease on life doesn’t seem like an obvious fit for the youth-centric “Stranger Things,” but the alien cocoon device and the tropes of everlasting youth and transformation could dovetail nicely into the series’ more experimental storylines.

Billy already has Rob Lowe’s hair and earring from the movie. Let’s see him bust out some moves as well. Will he find his Demi? And for god’s sake, at least play the theme song.

Great Scott! This is the biggest no-brainer for “Stranger Things.” Not only is it also a sci-fi family property, but it was the highest-grossing film of the year. Please let the kids or somebody invent something that needs to be powered by lightning. 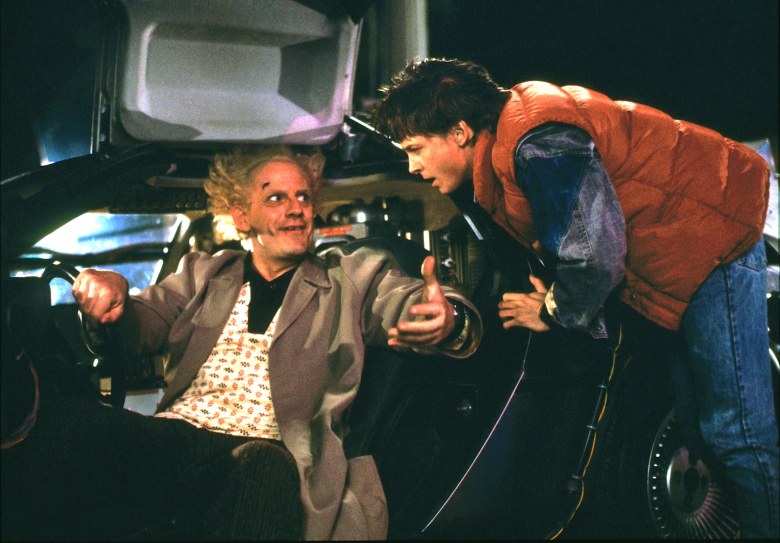 Christopher Lloyd and Michael J. Fox, “Back to the Future”

“Stranger Things” Season 3 will be released on Thursday, July 4 on Netflix.