STRICTLY stars AJ Odudu and Kai Widdington broke down in tears last night as they made their first appearance on TV since having to quit the competition.

Devastated TV presenter AJ, 33, announced her shock withdrawal after she was pictured hobbling to her last rehearsal. 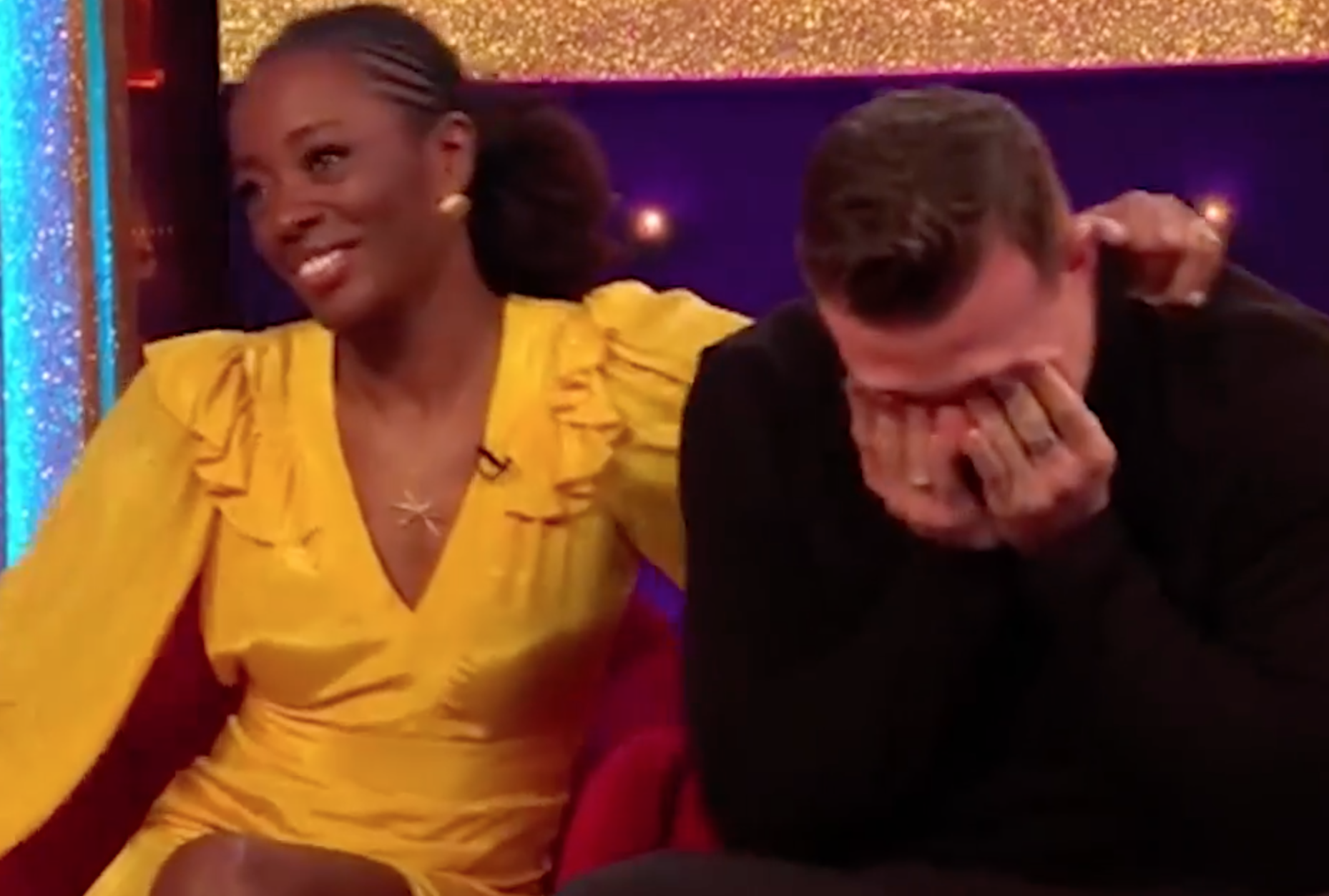 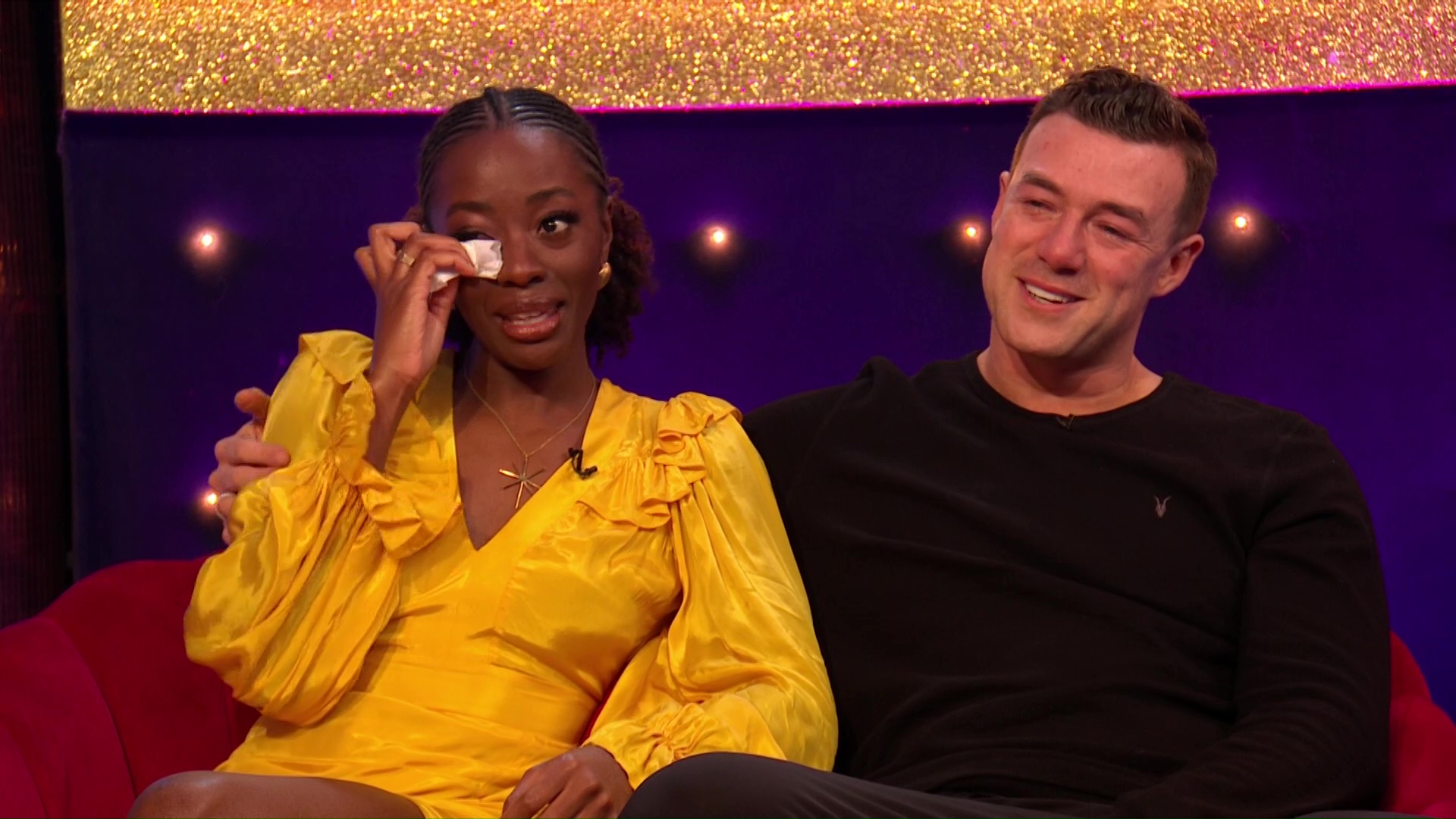 Showing raw emotion on the live spin-off show, Strictly's It Takes Two, Kai held his head in his hands as he wiped away his streaming tears.

Revealing more details of the training accident that forced their exit, AJ attempted to put on a brave face as she told host Rylan: 'Do you know what, we had the best time and on Monday we rehearsed and we were just excited like: "Right, we're going to do the jive, we're going to do the Charleston, what a way to end our experience.

"My ankle's given way and my ligament has ruptured and it's just not gonna happen. We're gutted because we were ready to smash it.

"This isn't the way that we wanted to go out, obviously, but even just looking back at all of those moments, it's just been an absolute pleasure dancing with Kai every single week, so thank you."

AJ kept fans updated on her horrific injury that forced her to pull out of the glittering Strictly finals tomorrow night.

Loose Women fans 'cringe' as Coleen, Brenda and Frankie team up for singing

end of an era

She said: "The fact is, I can't stand on my feet let alone dance because I've torn my spring ligament."

In a post which she called 'how it started vs how it's going', she explained all the medical procedures she had been through.

"I've had two incisions to drain the inflammation around my ankle. I've injected local anaesthetic directly into my foot, I have been strapped up to an ice compression machine for days.

"I've done all I can possibly do to get back on my feet for the @bbcstrictly Final, I even asked the docs if I could perform in a medical moonboot! "

She said: "Learning to dance over the last 13 weeks has been an incredible honour and to do it alongside someone as special, patient and devoted as Kai is something I'll treasure forever.

"You're the best @kaiwidd and I know you were ready to be my human crutch on that dancefloor come tomorrow night. Gutted! "

AJ reached the last three after impressing the judges week after week with pro partner Kai.

In the semi-final they danced a very sultry rumba to Show Me Heaven by Maria McKee, and fans noted their chemistry was "off the charts".

The pair have refused to confirm or deny if their connection is romantic, but it paid off as they sizzled on the Strictly ballroom floor and made it through to the final.

Chef John Whaite will be dancing alongside pro partner Johannes Radebe in the final. 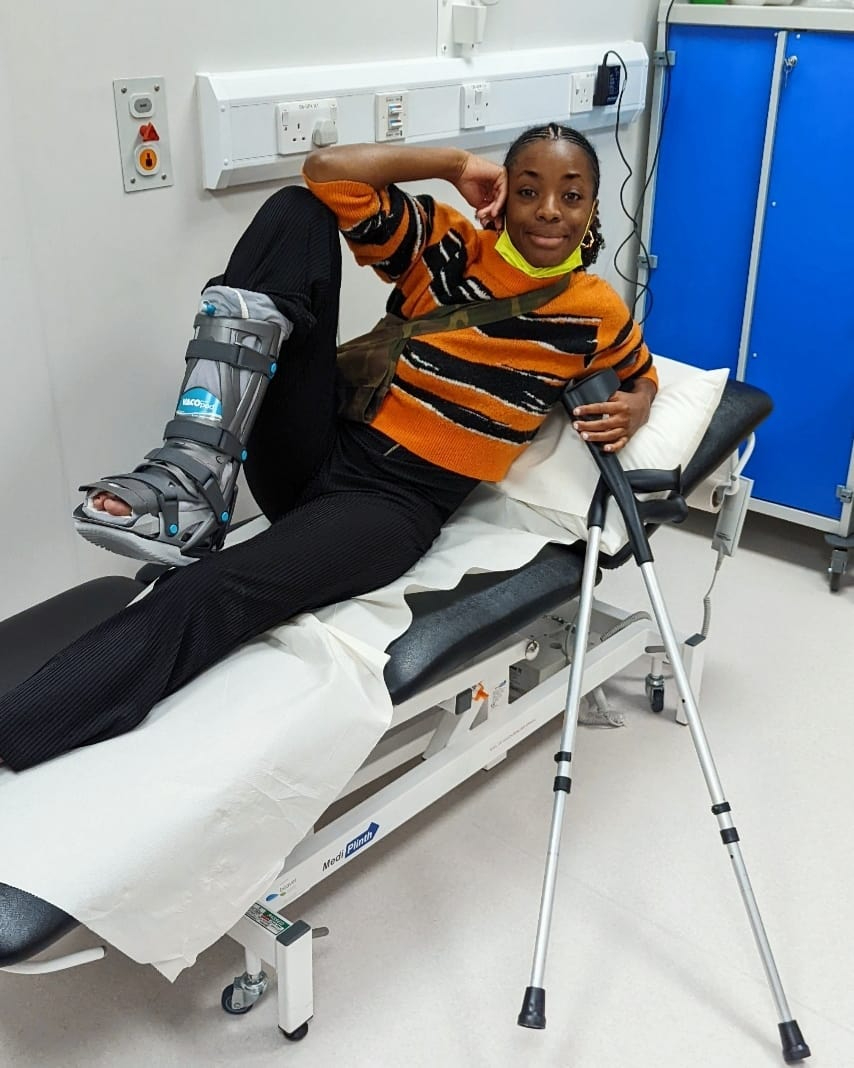 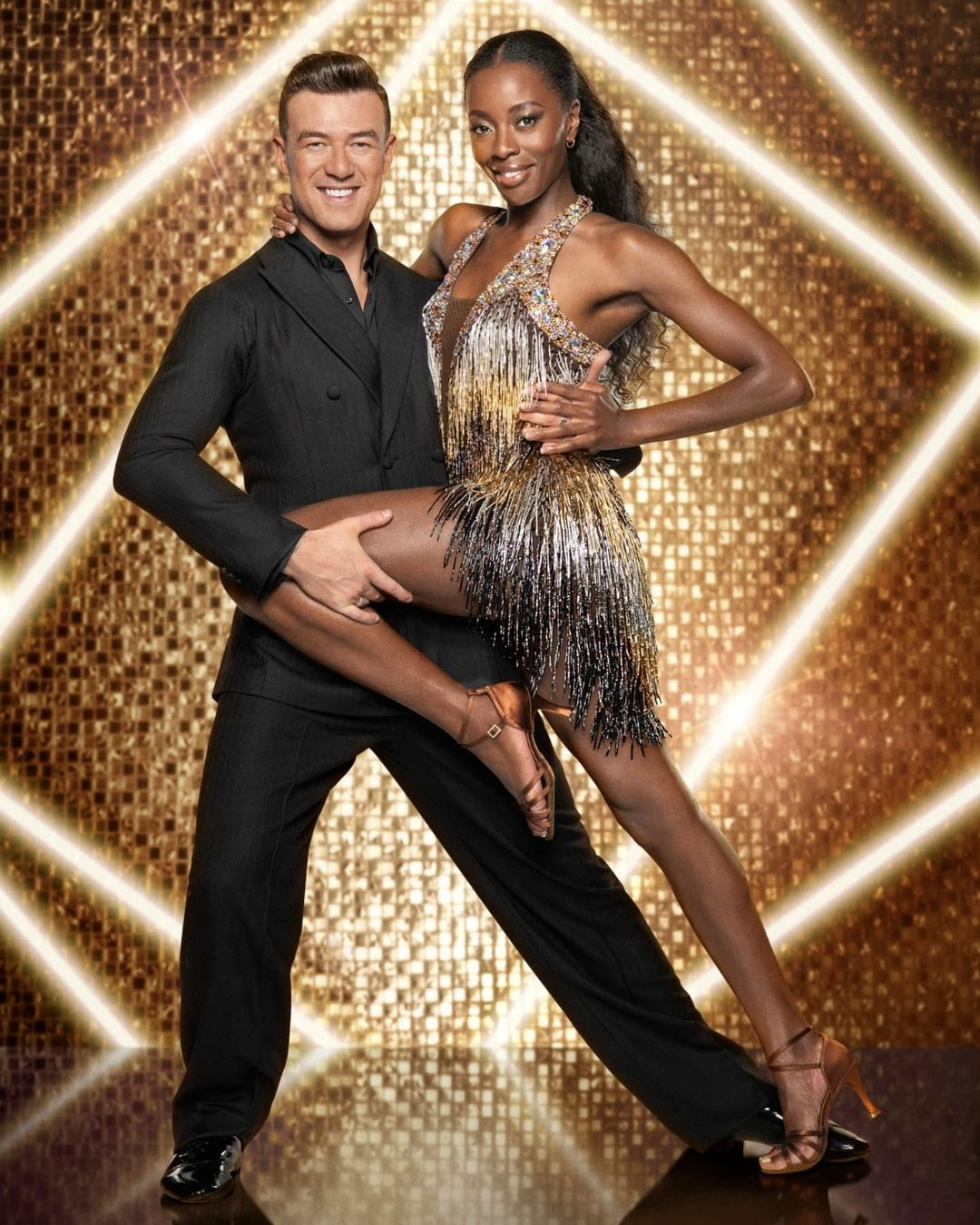 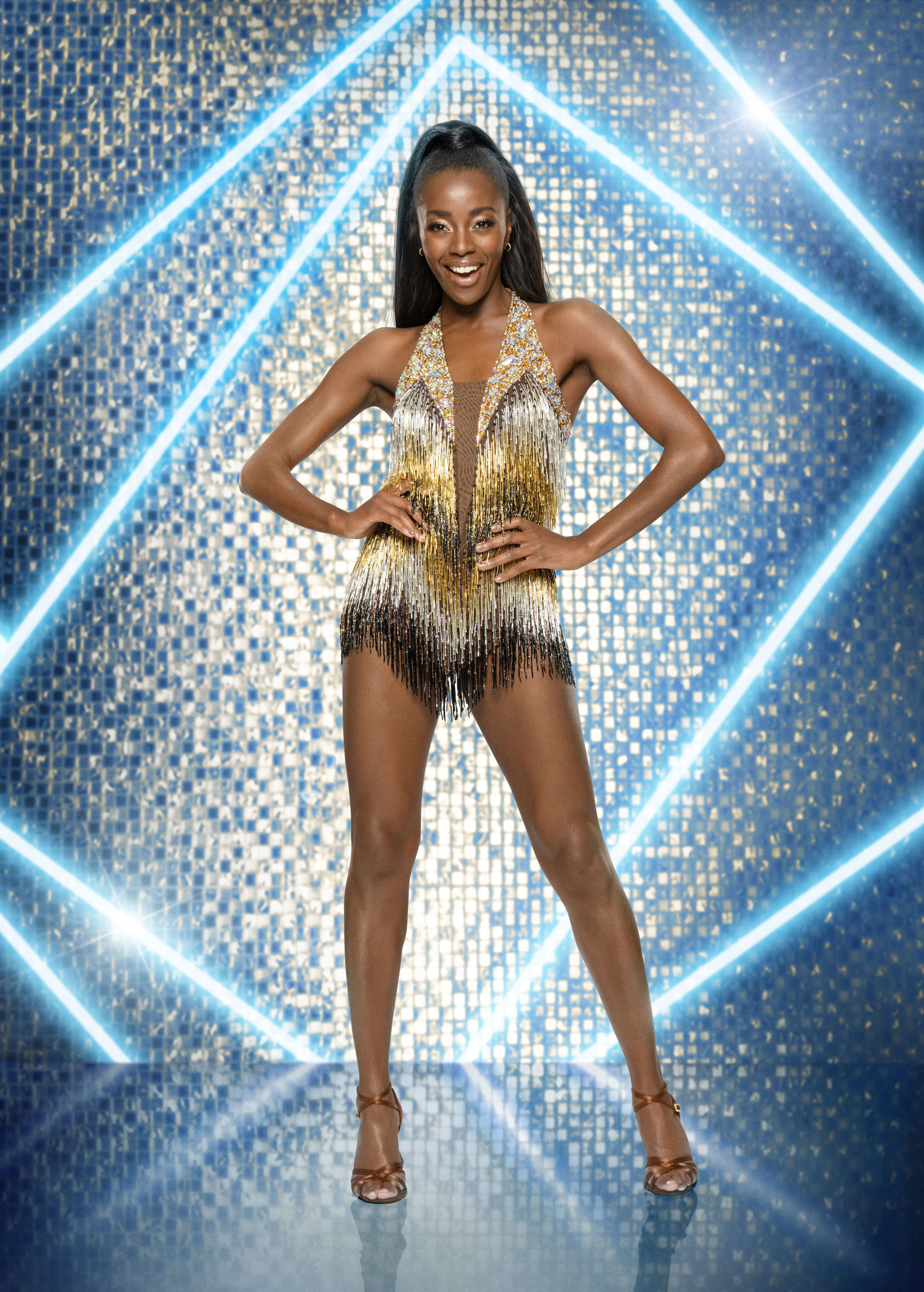