'Succession' Cast Member Alan Ruck's Wife Mireille Enos 'Burst Into Tears' When He Auditioned, and Not for Joy

Alan Ruck’s wife is Mireille Enos. They met before she was on The Killing or he was on Succession. Ruck’s role in the ‘80s comedy Ferris Bueller’s Day Off has been so legendary that he even made a commercial reprising his role of Cameron as a dad to teenagers. He also appeared in hit movies like Speed and Twister. Joining the Succession cast introduced Ruck to a whole new audience, but it made Enos cry.

Ruck appeared on the WTF with Marc Maron podcast on Oct. 14. When Maron asked about Ruck’s wife, he told the story of how he joined the Succession cast. All three seasons of Succession are streaming on HBO and the show has been renewed for season 4.

By the time Succession asked Ruck to audition, he was commuting back and forth from Chicago to New York while filming The Exorcist, the Fox drama based on the horror movie classic. Both Ruck and Enos were working parents and she did not want him to land another show. 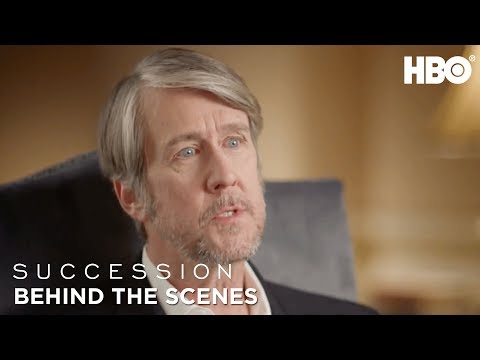 “So I come home this one weekend, our little boy was 2,” Ruck said on WTF. “She’s like, ‘Larkin’s got Mommy and Me music class and I want you to go with us on Monday before you go back to Chicago.’ I said, ‘You bet.’ Monday morning my manager calls back and says, ‘Alan, I got you this audition today for this HBO show.’ I’m like, ‘Wow, honey, Mark’s got me an audition for an HBO show’ and she burst into tears. She just erupts in tears. I said, ‘Dude, I’m sorry, I can’t. I made a promise. I promised my wife I’d go to Mommy and Me.’”

Ruck told the story of how he met Enos doing the play Absurd Person Singular in New York. Ruck was coming off a divorce and Enos was doing double duty with another play.

“Mireille almost didn’t do it because she was doing another Broadway show at night,” Ruck said. “She was like, ‘Do I really want to work all day and night?’ She did and the best thing was that I met her and there we go. She’s younger than me and she pretty much, right after we met, she’s like, ‘I’m going out to California because my manager says I really need to do that  now.’”

Ruck followed Enos to California and started getting more television work while she did The Killing and Hanna.

“So I came out here just chasing her and then people are like. ‘Do you know who she’s with?’” Ruck said. “They thought I was New York guy. People forgot, the casting directors out here kind of forgot about me. They’re like, ‘Did you know she’s with him? Oh, you know what he’d be good for? Bring him in for that thing.’ All of a sudden I was starting to get more action because I was coat tailing off my wife who was smoking hot new girl in town, really cute, great actress. So I started doing episodic and so forth. I wound up doing The Exorcist with Geena Davis.”

‘Succession’ meant Alan Ruck’s wife would get no relief

Enos became a major player in Hollywood and Ruck got a second wind on his career. However, all that work caused some stress in their family when Succession came along. Ruck would play Logan Roy (Brian Cox)’s son by his first marriage.

“Anyway, I was doing that and I was flying home every weekend to New York,” Ruck said. “I’m flying back and forth. My wife was really maxed out because she was working on a show that [they] were doing 15 hour days, 16 hour days plus she was being single mom at night and she was played out.”

Ruck did go to Mommy and Me class, but Succession producer Adam McKay still requested a meeting with him after. Ruck took the meeting and flew to Chicago to finish The Exorcist.

“Then I fly back to Chicago and by the time I land they said, ‘They want you to do it,’” Ruck said. “So it fell out of the sky.”