Home » Summer kills Liberty and covers up the murder in shocking Hollyoaks scenes?

Summer kills Liberty and covers up the murder in shocking Hollyoaks scenes? 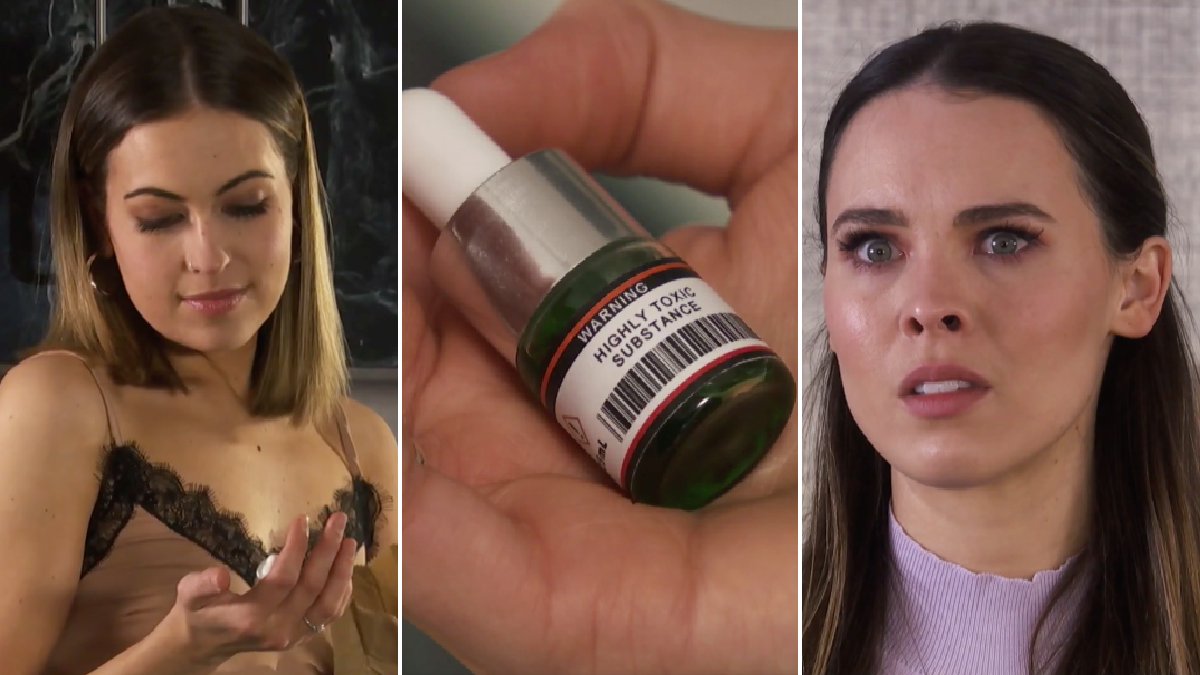 Hollyoaks’ Summer Ranger (Rhiannon Clements) is capable of just about anything, it would seem.

In fact, you might argue that it’s this very fact that has drawn Sienna Blake (Anna Passey) to the relative newcomer.

However, Sienna will be left fearing the worst in upcoming scenes, as sister Liberty Savage (Jessamy Stoddart) vanishes – and Summer is seen in possession of a highly toxic substance!

Has the young woman murdered her lover’s sister?

These scenes – which were featured in the Channel 4 soap’s explosive new trailer – certainly seem to be indicative of such a thing.

Damon Kinsella (Jacob Roberts), however, appears to think that Sienna is responsible for his girlfriend’s disappearance, citing the fact that she’s messed with Liberty before as evidence to prove his theory.

Viewers will, in fact, see Sienna threatening her sibling in sinister scenes, so could she have resorted to murder?

It’s unlikely, as Sienna is seen quizzing Summer on whether or not she had anything to do with Liberty’s sudden vanishing.

This – coupled with the fact that Summer has poison in her midst – certainly seems to suggest that the young woman had a hand in what has transpired.

The question is: has she poisoned Liberty? And if so, is Liberty dead?