Mackenzie McKee has show off her killer curves yet again, as she posed in a teeny bikini for a sexy new Instagram video.

The former Teen Mom dressed in the skimpy suit as she posted a tutorial on how to use her favorite self-tanning applicator. 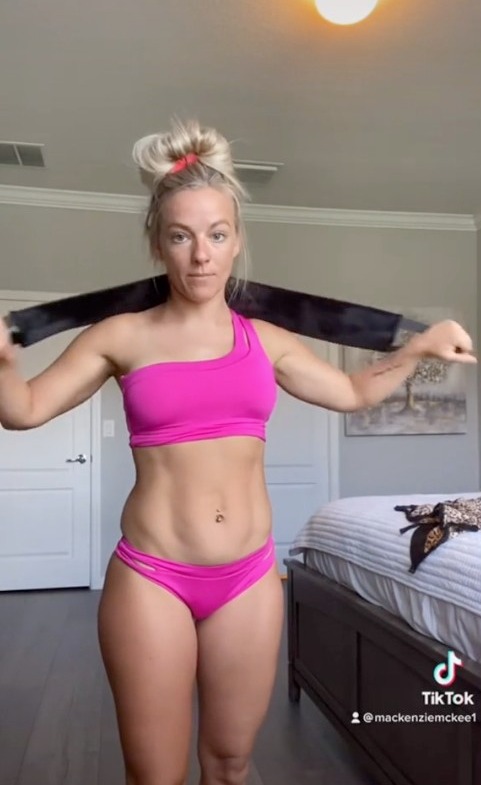 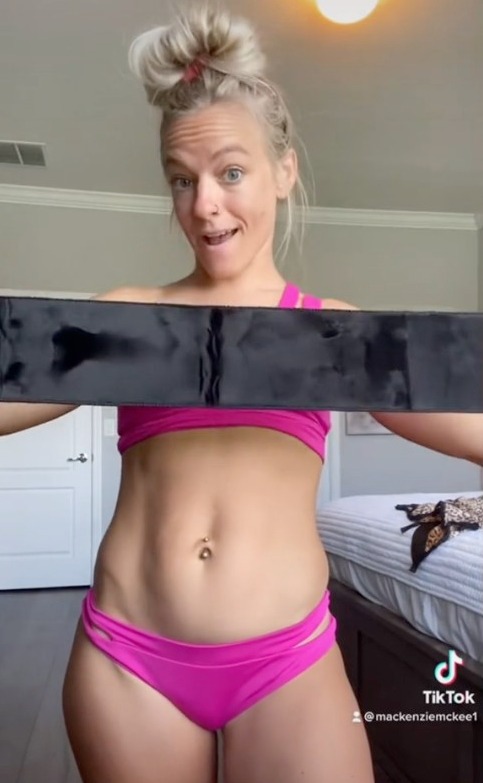 Admitting to having her body fully shaved and exfoliated, the 27-year-old shined in the pink two-piece, which featured a high top with only one shoulder strap and low riding bikini briefs.

As she squirted the brown goo on an applicator and spread it over her body, she would randomly bend over, exposing copious amounts of cleavage.

The self-described fitness mom has not been shy about showing off her figure recently, especially during her summer in Florida.

Earlier this week, the mother-of-three kissed her five-year-old son, Broncs, as the two visited a water park. 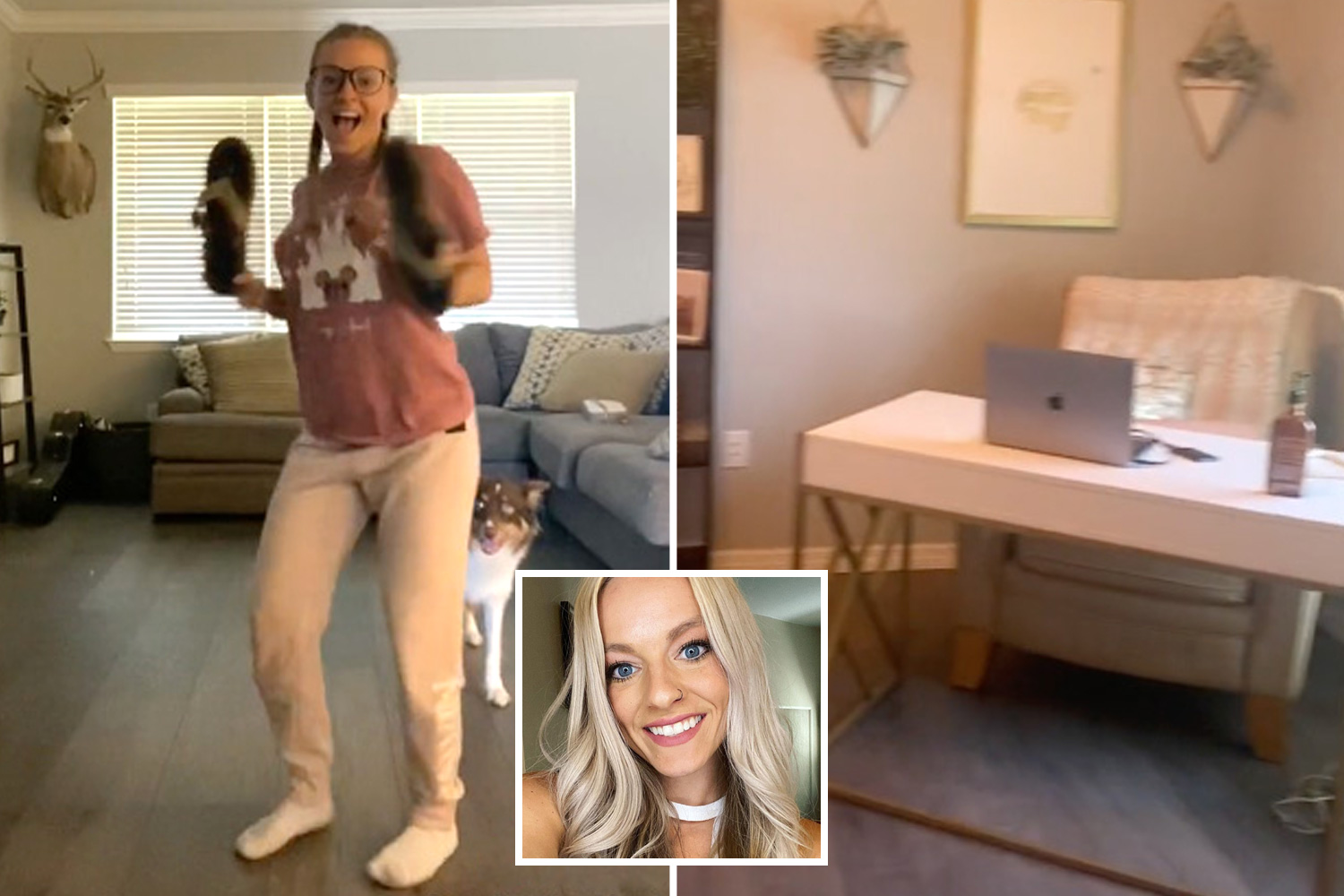 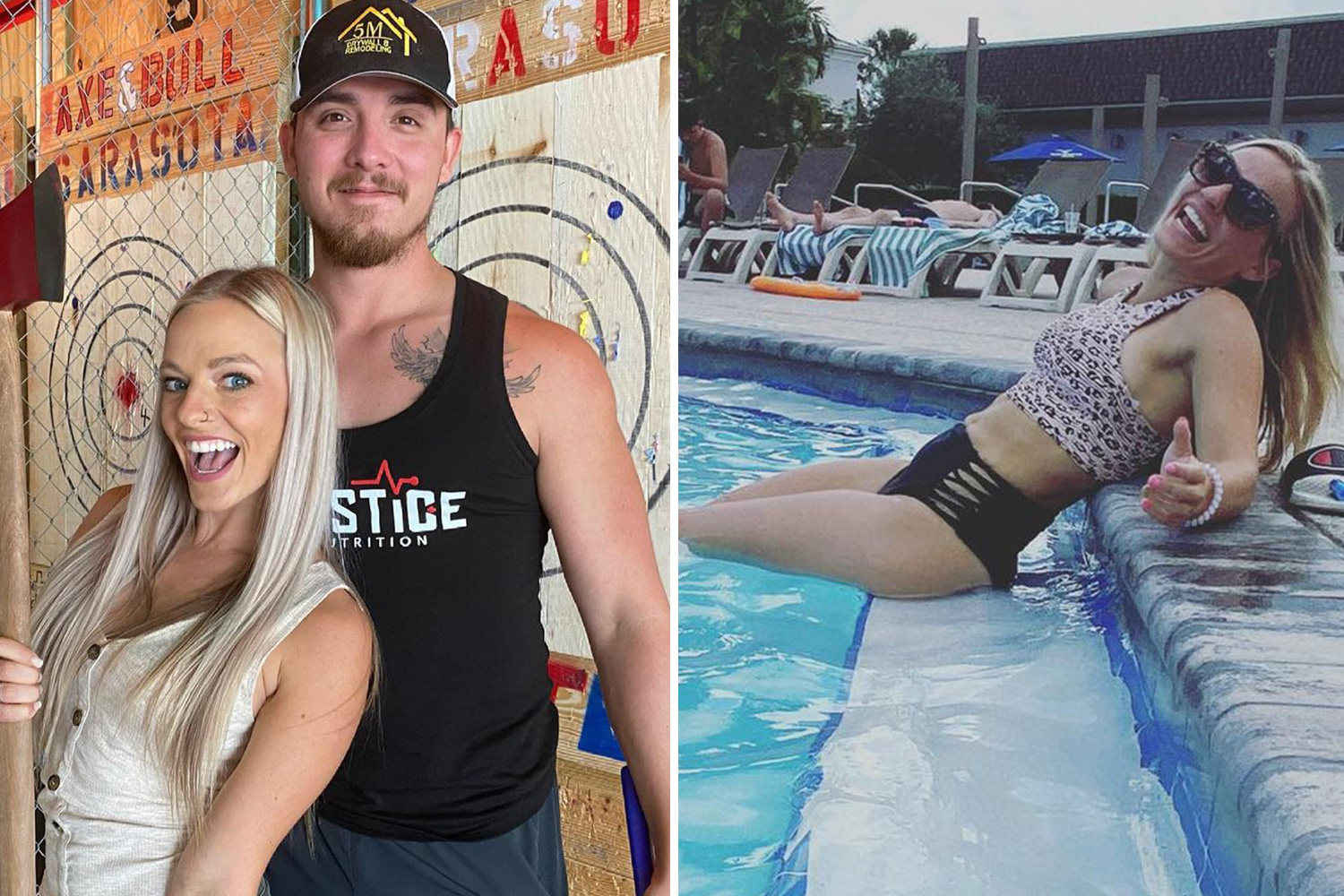 Mackenzie posed in a white and orange striped bikini and champion slides while showing off her toned figure.

She held her son, Broncs, who wore blue Spider-Man swim trunks and no shoes, in her arms.

Mackenzie and her son were at Adventure Island, a waterpark in Florida.

She took her son there for his birthday.

The MTV star captioned the post, "This boy has come so far in his 5 years of life. He reminds me so much of myself as a kid. Thank you, God, for choosing me to be his mommy."

Mackenzie continued to document her trip and show off her abs in a series of videos and pictures on Instagram.

She posed in a crop top and Daisy Dukes while at an amusement park with her daughter, Jaxie, 8.

The reality star showed off her toned legs and abs in the outfit as they smiled in the video.

She captioned the series of photos with, "GIRLS DAY. This firecracker talked me into the #slingshot in #orlando. I believe my soul has left my body."

A third picture shows the smiling mom leaning back on her daughter while licking an ice cream cone.

Mackenzie made a joke saying riding the coaster "made my sugar drop and we got ice cream. #type1diabetes"

They held hands and laughed as a Welcome to Orlando sign was seen behind them.

Mackenzie seems to be moving on and in good spirits after her angry Twitter rant last month following MTV axing her from the Teen Mom franchise.

The young mom bashed the network in a series of tweets, one reading: "Recovering from a death, marriage problems, and what MTV and the OGS did to me back to back has been a rough go honestly."

The marriage problems involved her husband, Josh, cheating, in their open marriage.

She also cheated and had an affair for six months, and then her mother, Angie, died in December 2019, from brain cancer.

The MTV snub comes amid her nasty feud with her co-star Cheyenne Floyd, 29.

Cheyenne accused Mackenzie of "bullying" her and slammed her as "ignorant" for using a racial slur on Twitter.

She was left out of the reunion photos and tweeted, "Being left out because one girl hates me. Cool."

She and Kailyn Lowry were the only two left out of the new series. 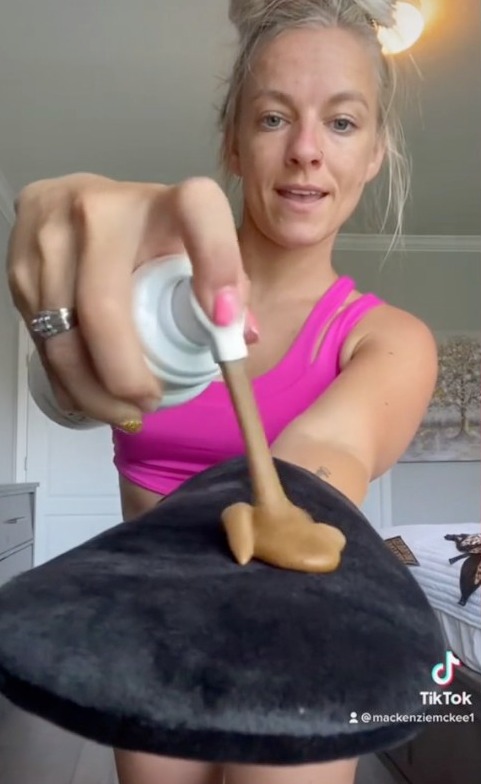 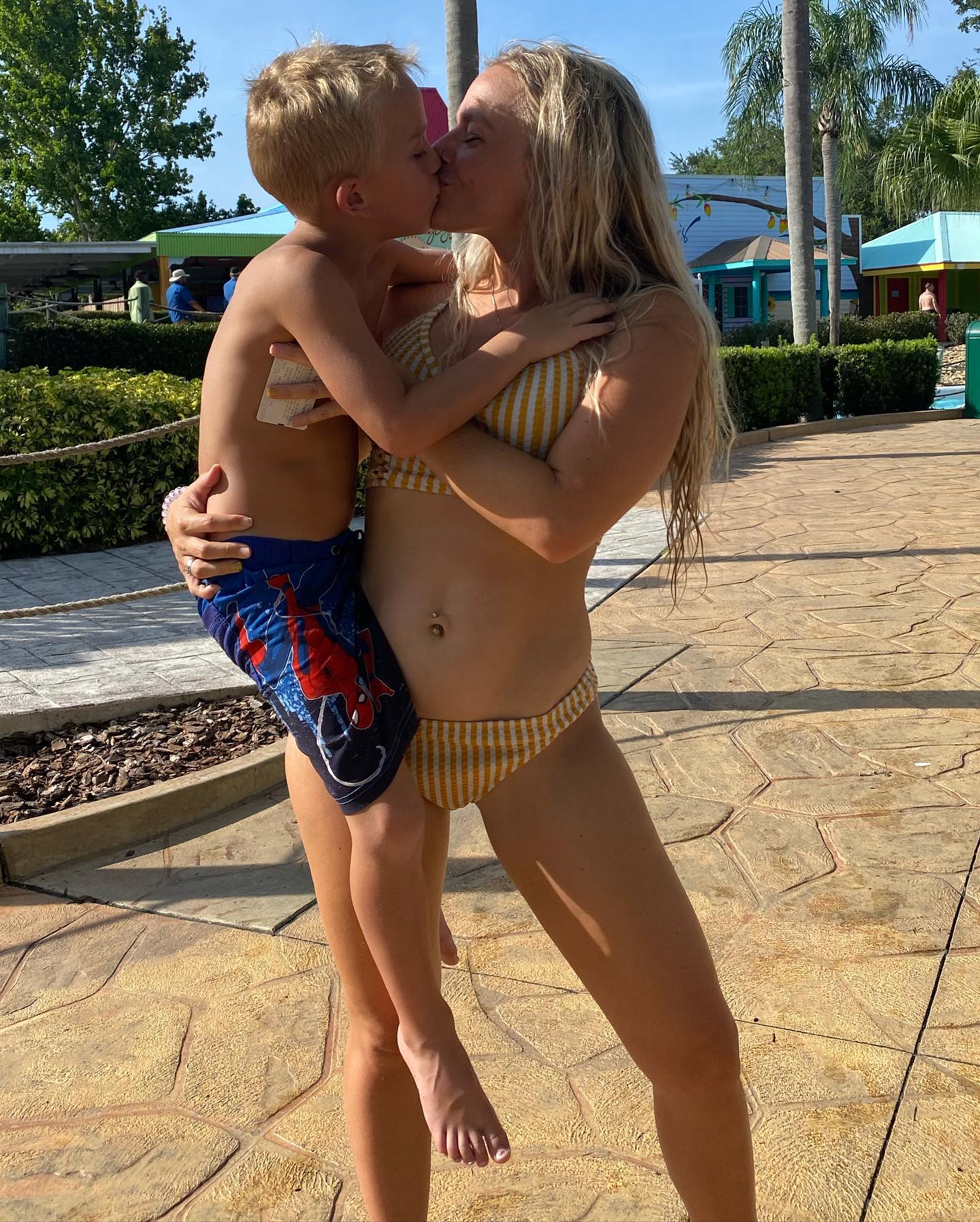 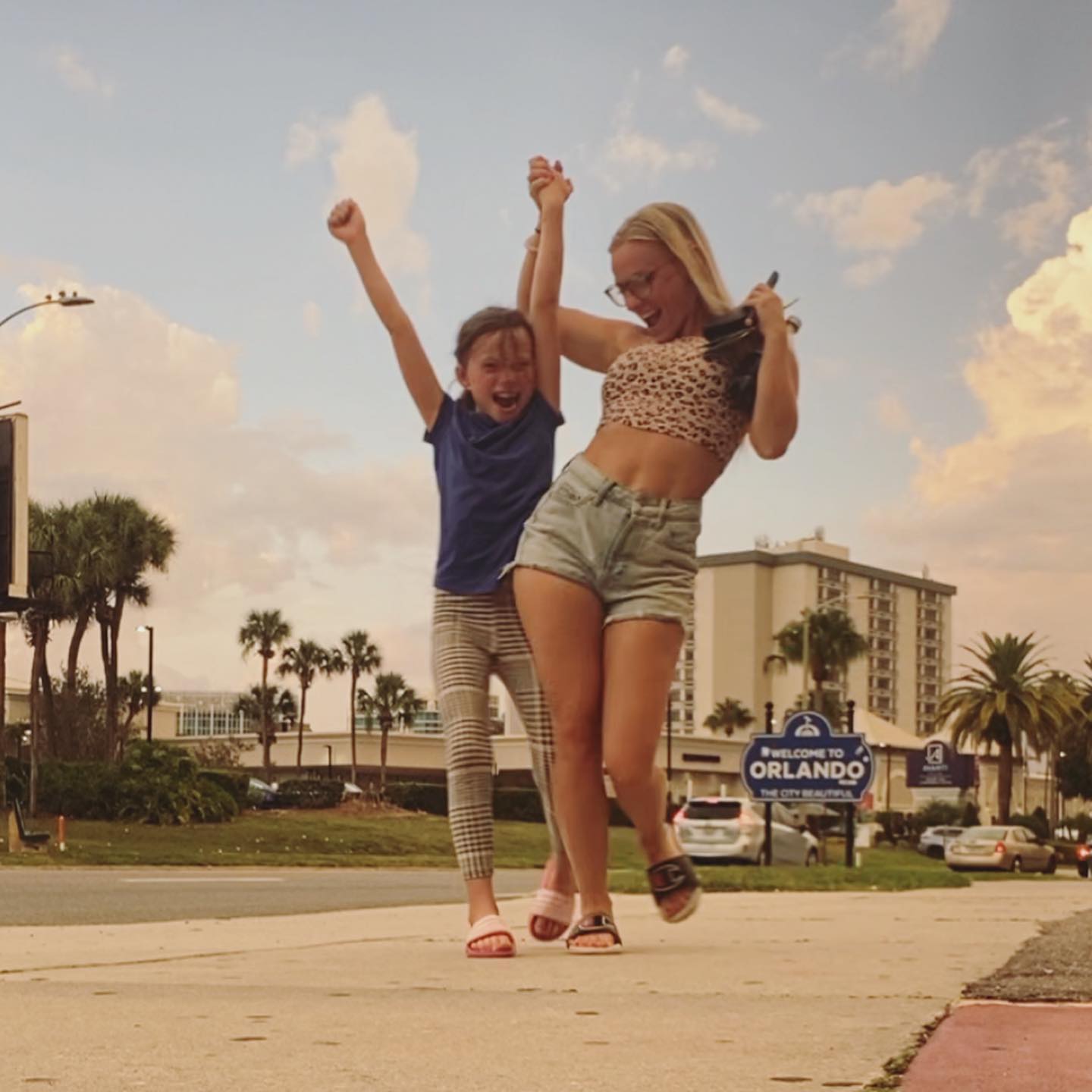