The Bachelorette “Men Tell All” special episodes and the first part of The Voice season finale shared the top spot Monday in the primetime ratings.

NBC served the first part of a two-art season finale of The Voice (1.0, 7.64M), up two tenths up from last week and the night’s most-watched show. The new medical drama Nurses (0.6, 3.67M) also saw a boost compared with last week’s premiere. NBC’s final numbers will likely be adjusted due to local NFL preemptions.

Elsewhere, The CW kicked off its the evening with the iHeartRadio Jingle Ball 2020 (0.1, 516K) followed by a repeat of Whose Line Is It Anyway? 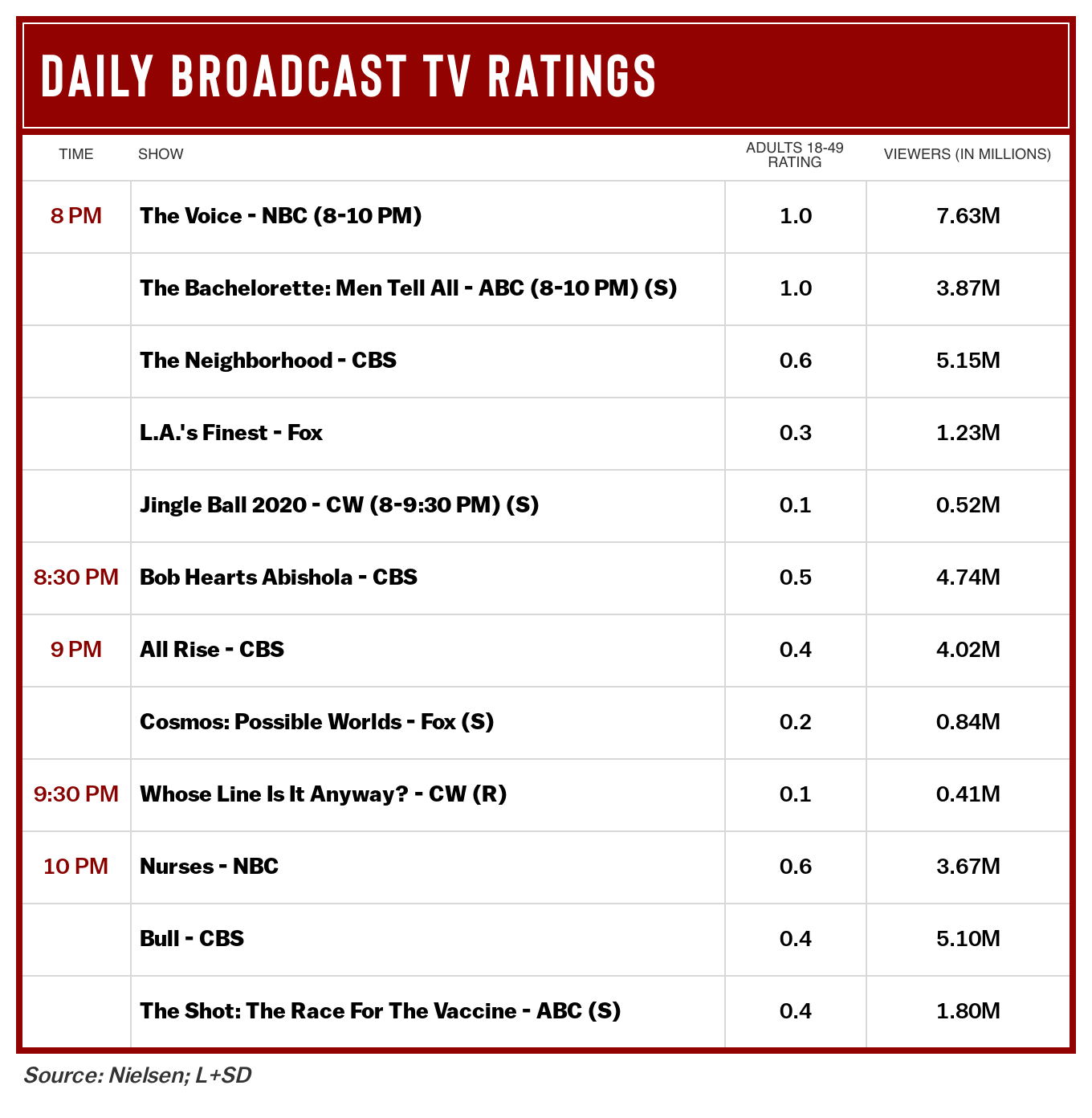 T, The Bachelorette, The Voice
Celebrities