The best Guillermo del Toro movies of all time, ranked

Guillermo del Toro is one of the top Mexican filmmakers working in Hollywood today and helped kickstart a revolution of Spanish-language filmmakers over the past few decades.

For his own work, del Toro is an Oscar-winning director and producer, with a Best Director and Best Picture Oscar on his shelves.

Outside of that, he has worked hard to open the door for others, including his partners in the production company Cha Cha Cha Films — Alfonso Cuaron (Gravity, Roma) and Alejandro Gonzalez Inarritu (Amores Perros, Babel).

Del Toro has directed 10 films throughout his career, most of them masterpieces in their own rights.

On top of that, he has created television hits, including the massively popular Netflix animated Trollhunters franchise, and was co-writer on the novel The Strain, which was an FX horror series.

Add in the movies he has helped produce, which includes horror masterpieces such as The Orphanage, Splice, and Mama, and it is clear that Guillermo del Toro has left his mark on the world of filmmaking.

Here is a look at every movie Guillermo del Toro directed, ranked. 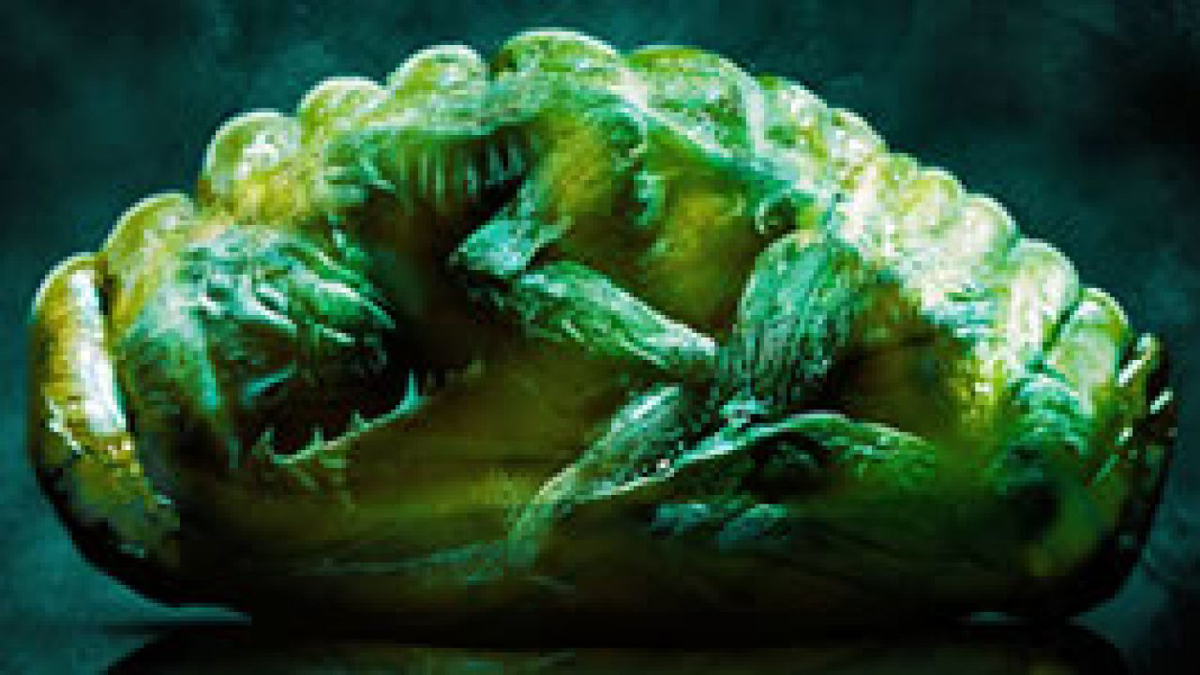 This science fiction-horror movie was based on the novel by Donald A. Wollheim of the same name and was about cockroaches in Manhattan that carry “Strickler’s disease,” which is killing many of the city’s children.

When an entomologist creates a hybrid bug that was released to wipe out the cockroaches and then die itself in a matter of months, it seemed everything was fixed.

However, no one knew that the new breed adapted, survived, and created a mutant colony of its own underground. When these creatures start physically killing people, the scientists try to find a way to wipe them out once and for all. 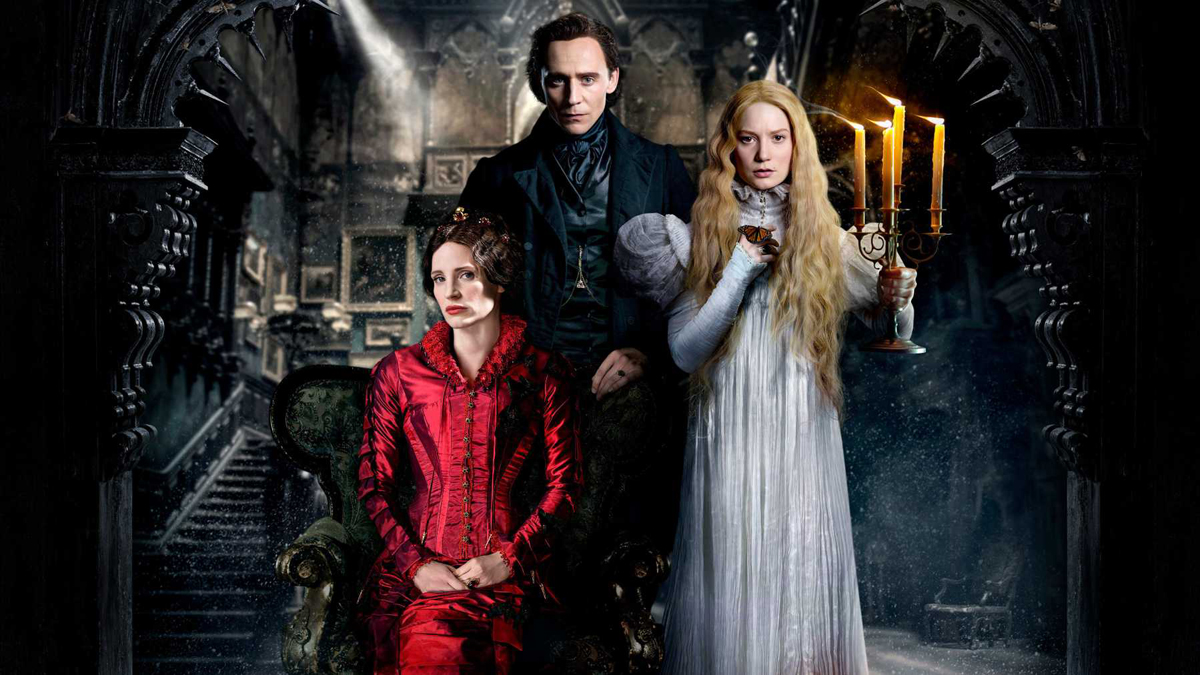 In 2015, Guillermo del Toro went back to his gothic melodrama roots and created the atmospheric gothic romance, Crimson Peak.

The story takes place in Victorian-era England and is about an author named Edith (Wasikowska) who travels to a gothic mansion in the English hills with her new husband (Hiddleston) and his sister (Chastain).

It is in this new home that Edith starts to have ghostly visions. It doesn’t help when her new husband tells her the home is called “Crimson Peak,” which brings back a nightmare where her deceased mother warned her years before to “beware of Crimson Peak.”

The movie was polarizing with critical reviews mostly favorable, but audiences ranking it a low 55-percent at Rotten Tomatoes. Stephen King called it “gorgeous” and “terrifying.” 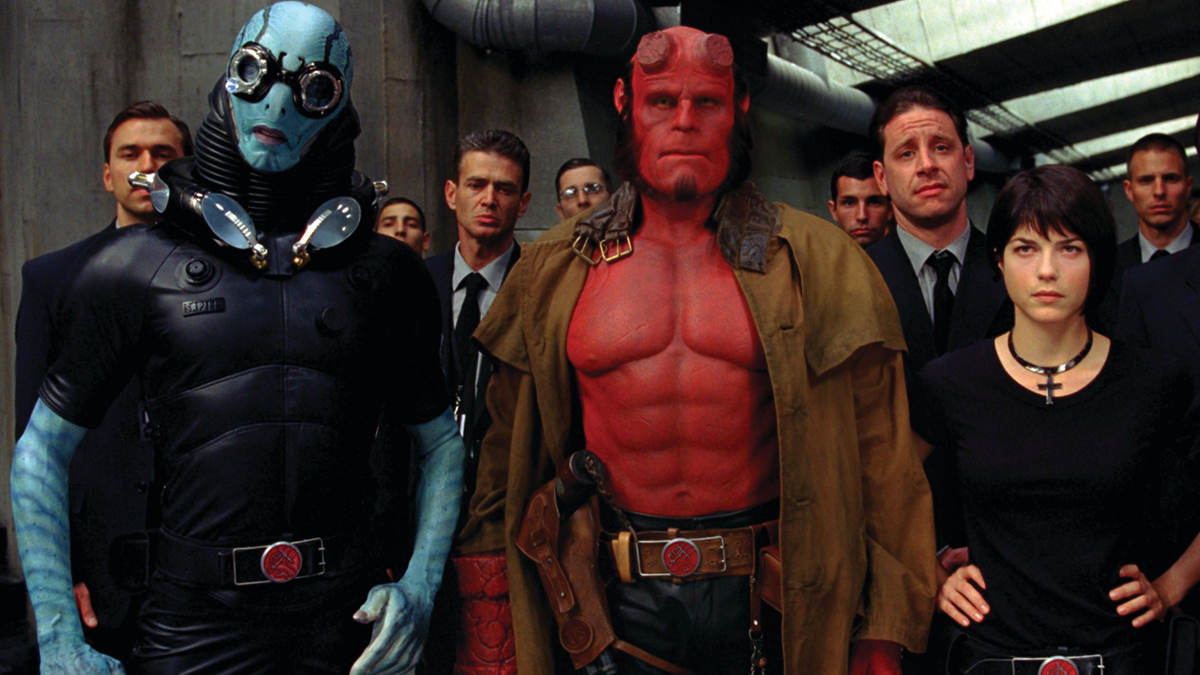 This was Hellboy, a character created by Mike Mignola from Dark Horse Comics. Hellboy is a half-demon summoned from Hell by Nazis to try to win the war but was captured as a baby and raised by American forces.

Now an adult, Hellboy works for the B.P.R.D. (Bureau for Paranormal Research and Defense) under his “father,” Professor Trevor Bruttenholm.

This movie tells his origin story and then flashes forward to putting him and his team (including Abe Sapien (Doug Jones) and Liz Sherman (Selma Blair)) in action against the evil Grigori Rasputin.

With the movie doing a lot to introduce the characters, it suffered from the same fate as many origin stories, losing a little in story development.

However, it was a success and spawned a sequel — the only sequel Del Toro ever made of one of his own films. 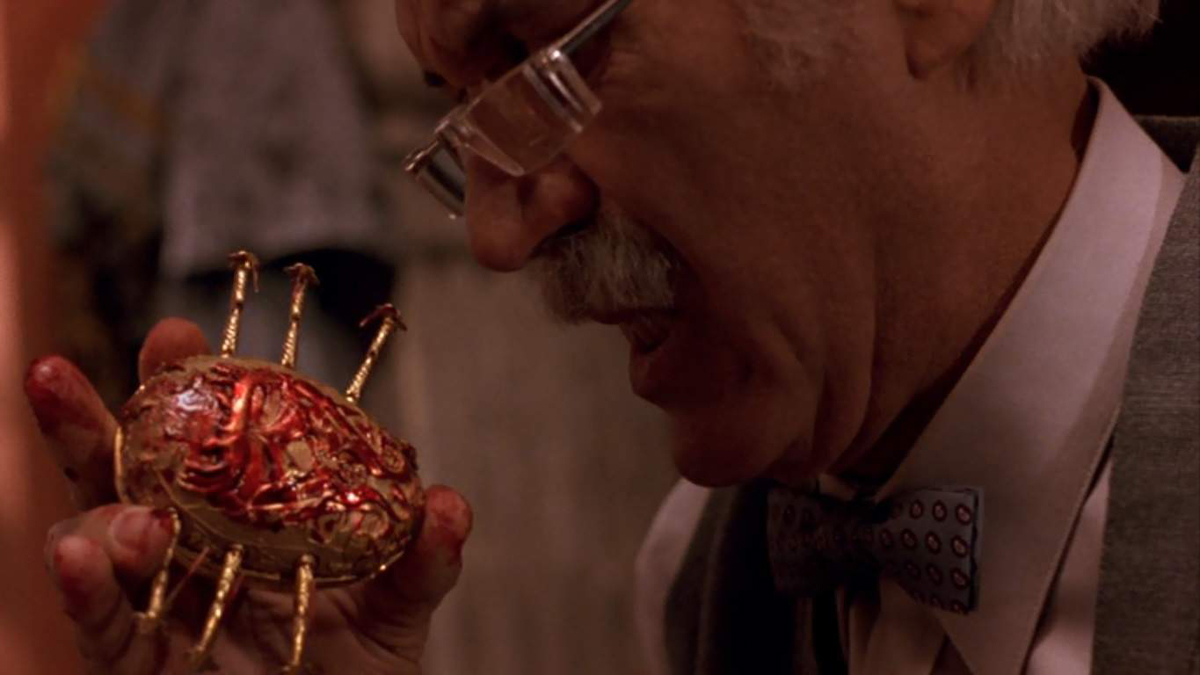 This was the start of a long relationship between Del Toro and Perlman, as the actor has appeared in several of the director’s movies.

In 1536, an alchemist discovered a mechanism that can help him live forever. In 1937, that same alchemist died when an old building collapses, and debris pierces his heart.

In the present day, an antique dealer finds the object and uses it on himself, regaining his health but developing a thirst for blood. When a wealthy, dying businessman learns of it, he sends out his nephew (Perlman) to find it and bring it back to him. 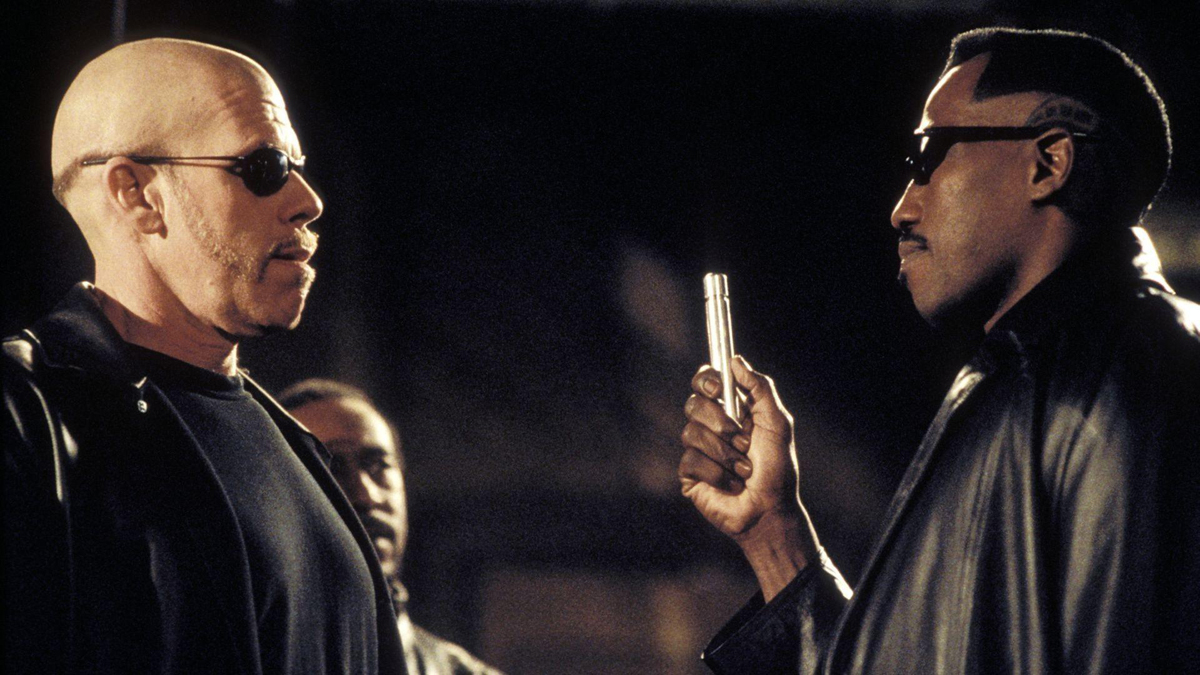 In 1998, Stephen Norrington directed Blade, a Marvel Comics movie that pre-dated The X-Men and Spider-Man. That was an origin story and received mixed reviews but a positive reaction from fans.

Blade II was better in every way.

Dispensing the origin story, Blade II could work on world-building since the fans already knew who Wesley Snipes’ vampire hunter was. Del Toro added his visual touches, and it ended up as a superior effort.

Del Toro added a group of vampire soldiers, led by Ron Perlman, who forced Blade to team up with the enemy when a new vampire hybrid formed and threatened the vampire and human population.

While critics still gave it mixed reviews, it is considered the best film of the series. 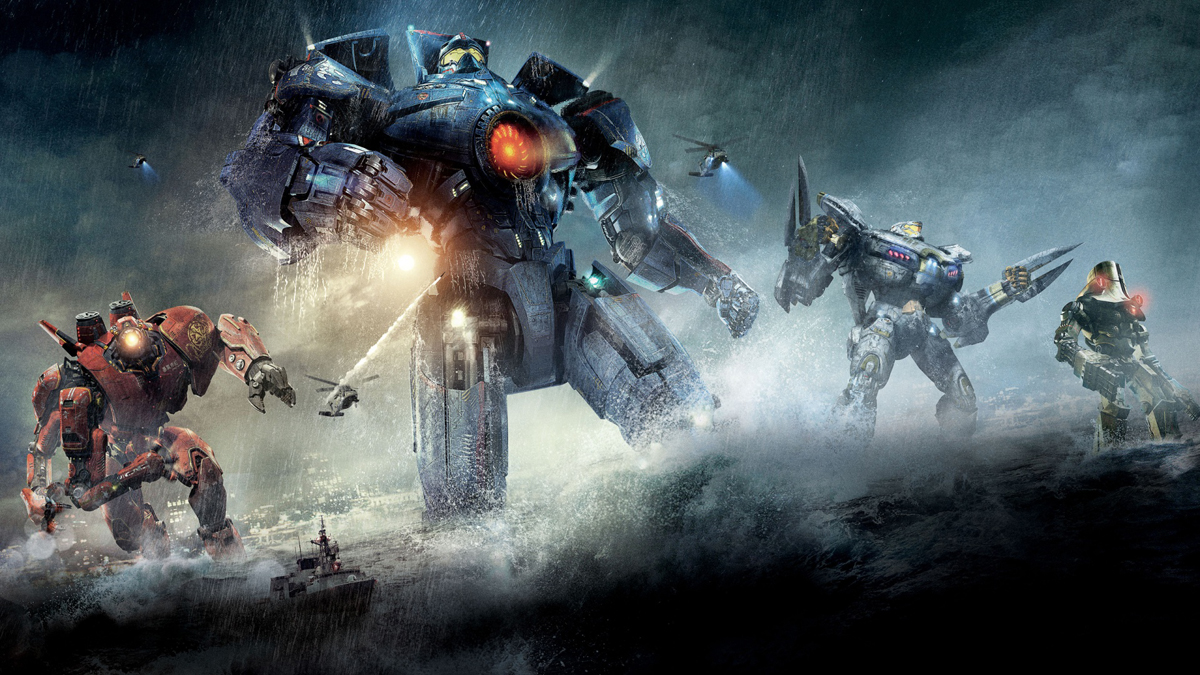 Guillermo del Toro has always professed his love for all things geek, from comics and video games to monster movies and giant robots.

In 2013, he put everything together in one amazing package with Pacific Rim. The movie is about an invasion of monsters on Earth known as the Kaiju (think Godzilla movie monsters) and the world military forces that build giant robots called Jaegers to fight them.

Charlie Hunnam (Sons of Anarchy) stars as Raleigh, one of the best Jaeger pilots who retired after his brother’s death. It takes two pilots, connected by their minds, to pilot a Jaeger, and Raleigh quit rather than find a new partner.

However, the Kaiju attacks increased, and the Jaeger program director (Idris Elba) knew he needed to bring Raleigh back to give them as many qualified pilots as possible to defend the world. 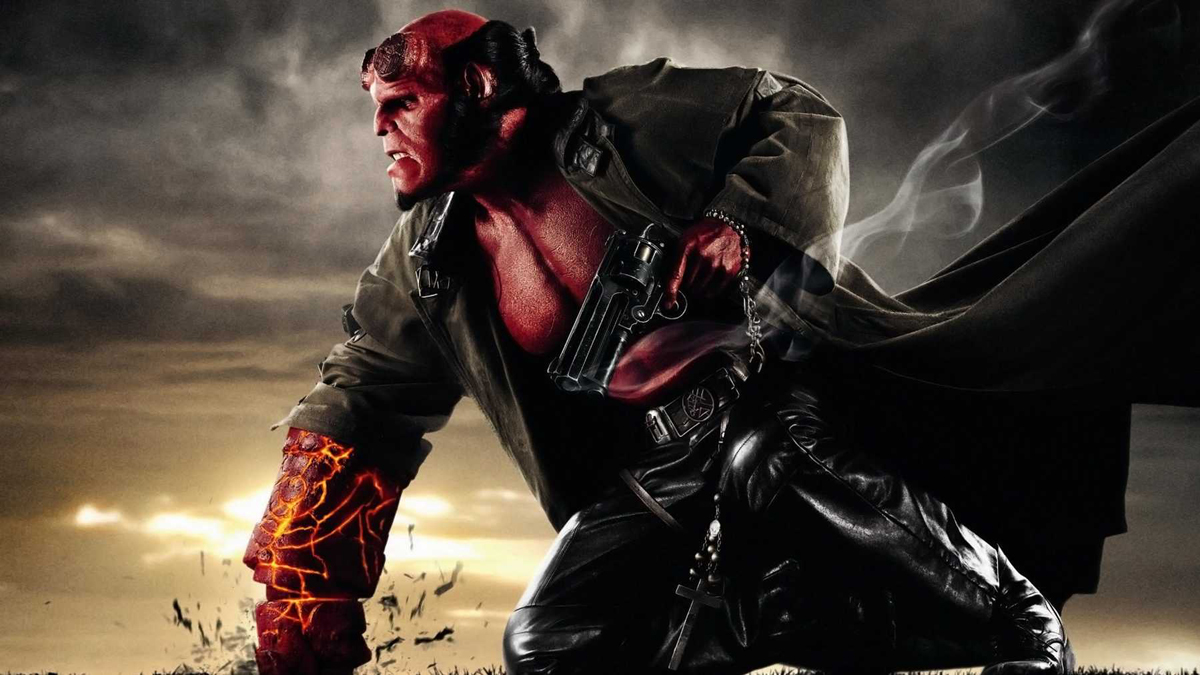 In 2008, Guillermo del Toro directed the sequel to Hellboy, the only time he ever personally directed a sequel to one of his own films.

In Hellboy II: The Golden Army, del Toro created one of the most beautiful and breathtaking looking films in comic book history.

The cast from the first movie returned, with Ron Perlman starring as Hellboy once again. This movie brought in a lot more of del Toro’s love of fairy tales and fantasy into the story.

Prince Nuada (Luke Goss) is the son of the former king of the elves who created a mechanical army.  However, Nuada disagreed with his father’s peace treaty with the humans and left. In this movie, he returns and sets out to piece together this army to attack the human world, and it is up to Hellboy and the B.P.R.D. to stop him.

The movie was a critical and commercial success. Still, the end of the planned trilogy never occurred due to a disagreement on the franchise’s direction between del Toro and comic creator Mike Mignola. 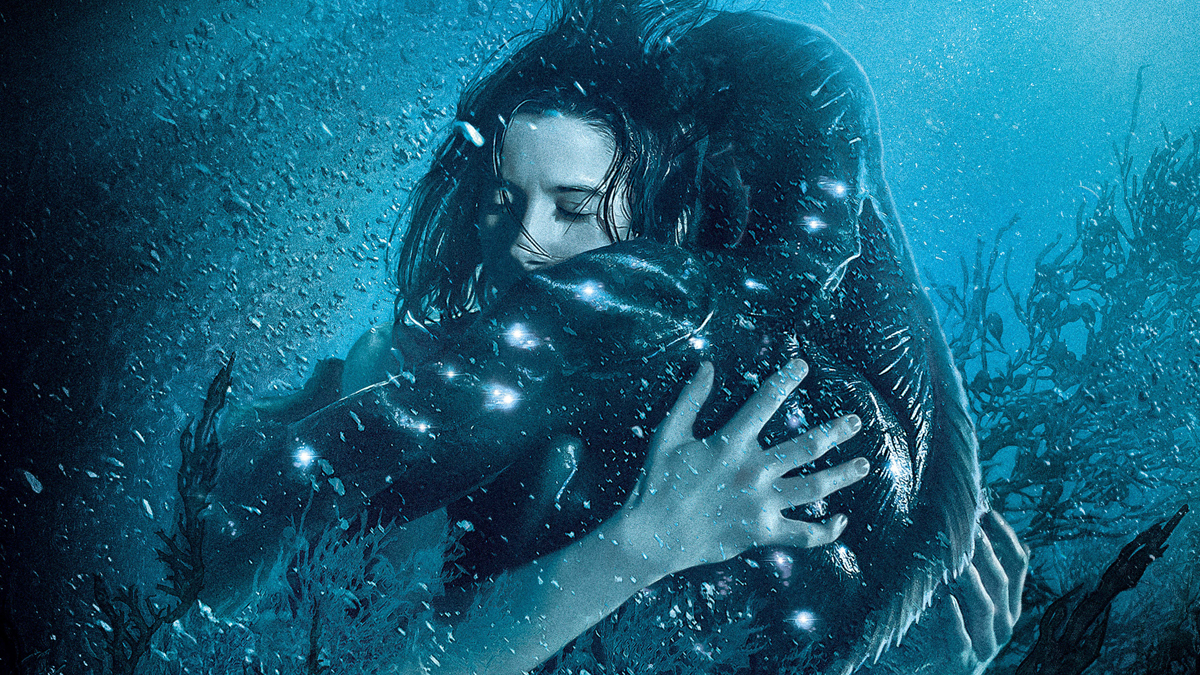 One of Guillermo del Toro’s most polarizing films arrived in 2017 with The Shape of Water.

The discrepancy between critic scores (92-percent fresh on Rotten Tomatoes) compared to the audience (72-percent) was one of the wides for any film outside of Cronos.

The movie saw del Toro return to his love of classic Universal Horror creatures, as he created an update of The Creature From the Black Lagoon. As with some of the best classic horror stories, the monster was nowhere near as evil as the humans around it.

In The Shape of Water, humans captured the creature, an amphibian creature worshipped in South America as a god by the people living there. It is then returned, caged, and experimented on.

However, it is not a mindless being and soon developed a connection with a lonely mute woman (Sally Hawkins) who works as a cleaning lady at the government laboratory.

The true evil here is the man in charge of the project studying the creature, played brilliantly by Michael Shannon, a character who slowly breaks as the movie plays on.

While many fans seemed confused and rejected the movie, it won del Toro his first and only Best Director Oscar and the Oscar for Best Picture. It received a total of 13 nominations, winning four. del Toro also won Best Director at the Golden Globes. 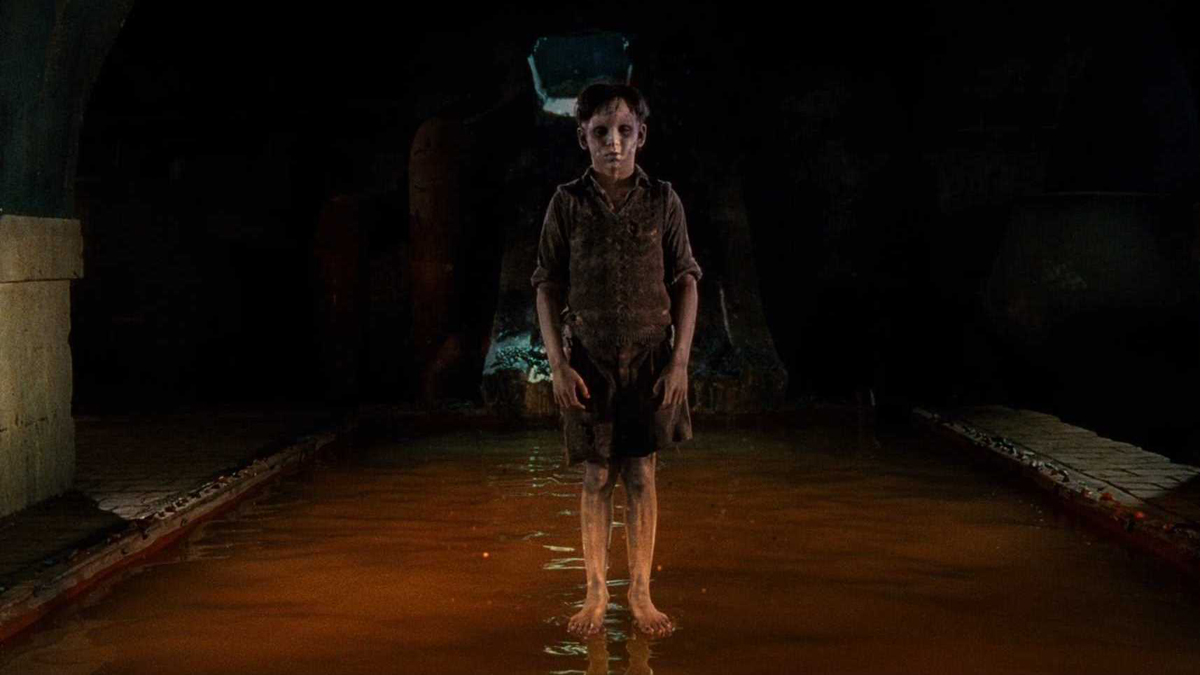 In 2001, Guillermo del Toro headed back to his roots with the Spanish-language film, The Devil’s Backbone.

What resulted was one of the best ghost stories of the last two decades.

The film takes place in Spain in the final year of the Spanish Civil War, but this is a movie that takes place outside the war itself.

A young boy is dropped off at an old orphanage in a remote part of Spain when his father died fighting the nationalists in the war.

The orphanage ran by loyalists to the Republican forces. is quite the location, with a bomb in the middle of the courtyard, defused, but a reminder of when Franco’s forces attacked them last.

The boy struggles to fit in, as the other kids stand out as bullies. However, even worse is the ghost of a dead boy who starts to torment Carlos.

What results is a movie where Carlos has to find out how this young boy died and help him find vengeance for his murder to move on. 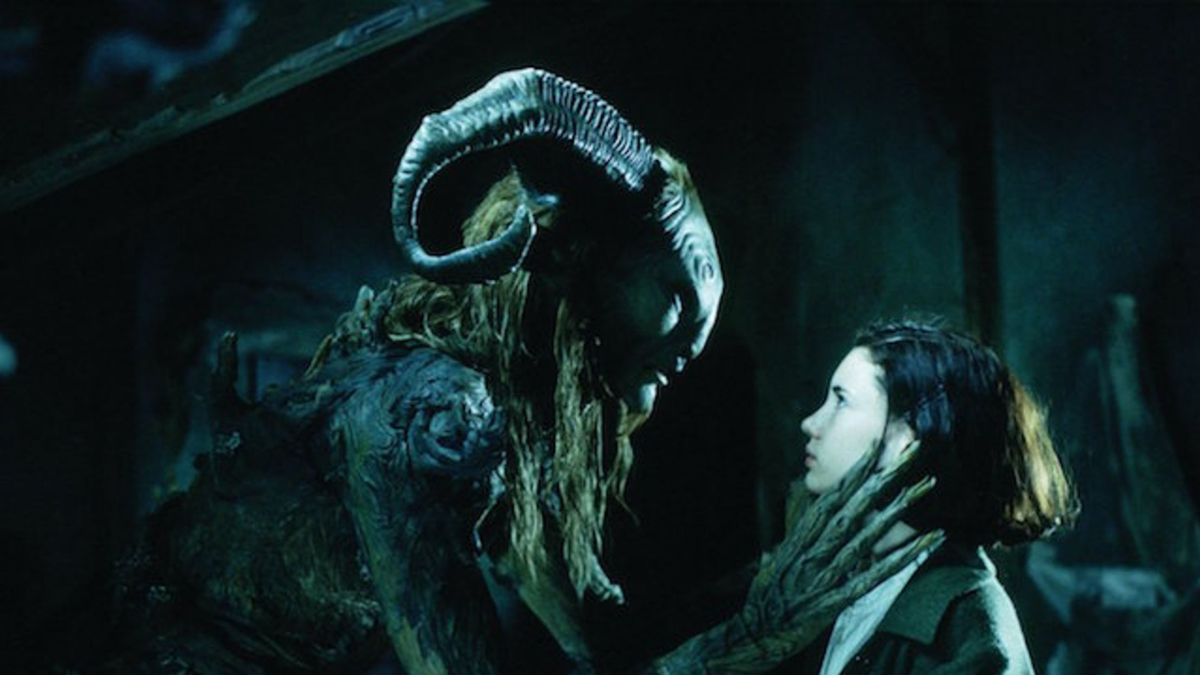 Guillermo del Toro’s masterpiece, and one of the greatest movies ever made, is his 2006 Spanish-language film, Pan’s Labyrinth.

This movie has layers of horror, all built on a brilliant fairy tale world that juxtaposes the real-world horrors with those of the world of faeries and monsters.

Ofelia, a 10-year-old girl, moves with her sick, pregnant mother, Carmen, to live with her new step-father, Captain Vidal of the Franco army, in the Spanish Civil War.

Ofelia is scared of her step-father. The fact that she is also surrounded by soldiers ruthlessly hunting down and murdering republican rebels puts her in a constant state of panic.

One day, a small fairy arrives in her room and leads her to an underground labyrinth. She meets a faun, who believes she is the reincarnated lost Princess Moanna of the underworld. He tells her she must achieve three tasks to regain her kingdom.

The movie brilliantly weaves the horrors of the war and the real-world death and destruction with the fairy tale world of equal horrors, including terrifying creatures trying to stop Ofelia from achieving her goals.