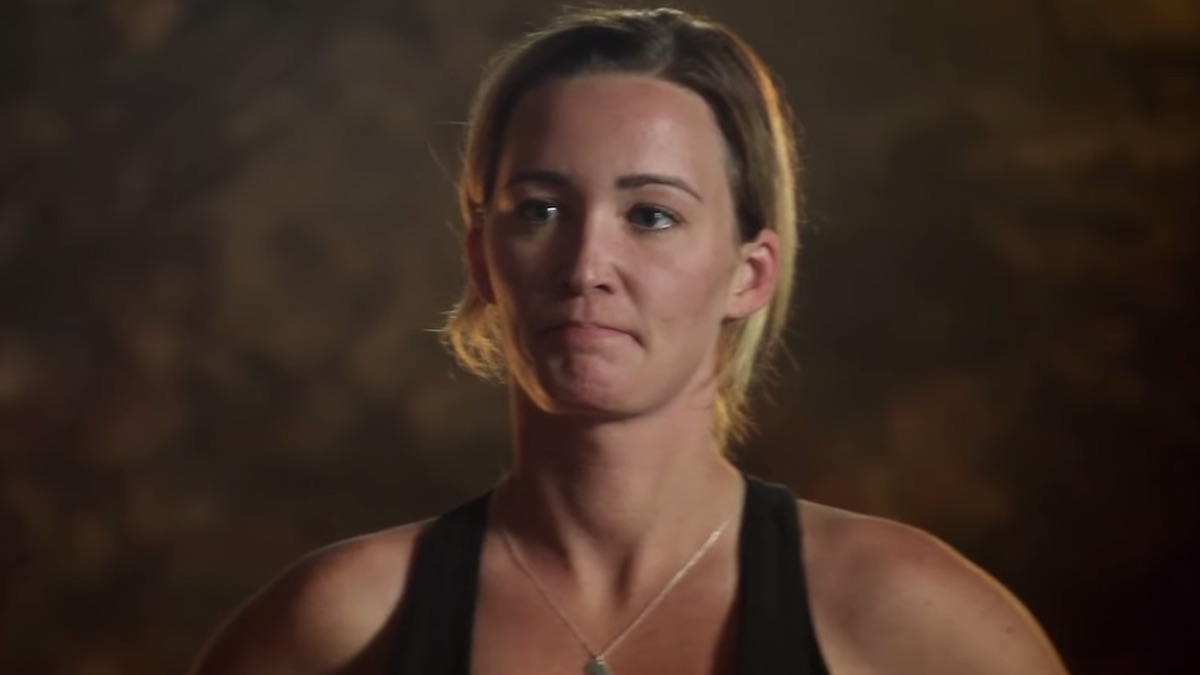 Love her or hate her, The Challenge fans have come to know that Ashley Mitchell is one outspoken and fiery competitor.

She’s a two-time winner on the competitive reality series and has often been involved in some of the more dramatic moments on the show and its spin-offs.

Even online, Ashley has been able to stir up fans and haters alike with various social media posts such as a tweet about her “Mexico” trip.

Challenge fans are quite familiar with Ashley Mitchell from her infamous win with Hunter on Final Reckoning. That’s when she opted to keep all the prize money for herself rather than sharing it with Hunter. It definitely got her plenty of hate from viewers, but other fans continue to support her.

On Season 35, Total Madness, she had another of her famous blowups as she became furious with being nominated to go into elimination. She’s been involved in a number of other blowups or fights on other seasons and even the spin-offs. However, she’s admitted she can get a bit crazy at times.

On Monday, Ashley took to her Twitter to post a remark about how she just got to Mexico. In the tweet, she mentioned seeing a “gringo” wearing a “trump 2020 shirt.”

Ashley went on to finish with, “I wish he’d just go back to where he came from.”

Here’s a screenshot of the original tweet from Ashley, which as of this writing has almost 300 likes and over 20 comments.

A range of replies arrived on Ashley’s tweet. They included some commenters who seemed to find the tweet funny and others who may have deemed it offensive.

“That’s pretty racist. Shouldn’t you get the same treatment Dee got?” a Twitter commenter asked. Dee Nguyen is the former Challenge competitor who was fired from the series due to her offensive tweets.

Other negative comments referred to Ashley as “racist” and as a “useless human.”

Ashley claps back at the haters in another tweet

Despite getting some backlash for her Mexico tweet, Ashley was quick to follow it up with another. In that tweet, she let the haters know they weren’t going to phase her as she laughed them off.

“Damn I got a bunch of middle class white dudes pissed with my hilarious trump tweet. Go cry to someone who gives a f**k. Your childish ‘insults’ don’t bother me. I know you learned them in high school when you were sitting at lunch alone,” Ashley tweeted. 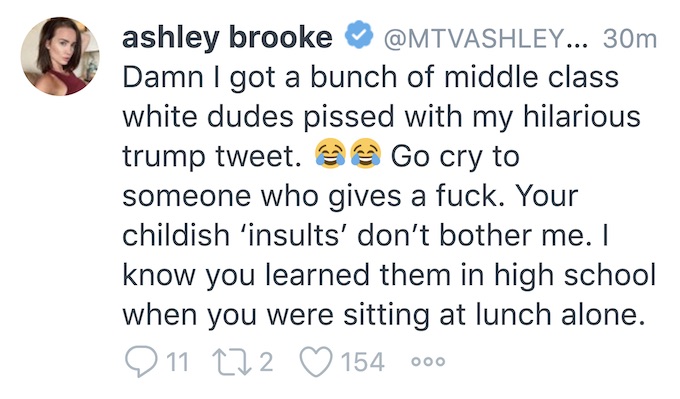 The Challenge veteran’s comments come as the 2020 election is just weeks away in the United States. It’s unknown if Ashley received a lot of negative direct messages in addition to the comments on her post, but her reply indicates she had more than a few people unhappy with her remark.

Per Urban Dictionary, “a gringo is just a north american or anglo-saxon. it is usually a white person but doesnt have to be. it isnt a hateful term but it can be used hatefully.”

That said, these days there is a “cancel culture” going on anytime someone says something that others deem inappropriate or offensive on social media. That includes Dee Nguyen — mentioned above — who was actually fired from The Challenge. Fans have also addressed previous remarks by other Challenge cast members suggesting maybe they need to be fired for past remarks.

Rachel Reilly, star of Big Brother, may have even stopped using Twitter due to backlash from fans. So far, it appears Ashley Mitchell is keeping on with her social media, though.

For those people wondering about Ashley Mitchell’s status for the next installment of the MTV reality competition series, check out The Challenge Season 36 cast spoilers.

The Challenge Season 36 premiere date is TBA on MTV.