Home » TV & Movies » The Good Doctor: Will Alex Park leave for good at the end of season 4?

The Good Doctor: Will Alex Park leave for good at the end of season 4?

The Good Doctor series four has been very emotional, especially in the past couple of weeks with Lea Dilallo (played by Paige Spara) and Shaun Murphy’s (Freddie Highmore) pregnancy storyline. But in the background, there has been the blossoming connection with Alex Park (Will Yun Lee) and Morgan Reznick (Fiona Gubelmann) which has been keeping fans of the ABC medical drama hooked. A spanner was thrown in the works though when she was adamant that nothing serious was ever going to come of them seeing each other.

WARNING: This article contains spoilers from The Good Doctor.

Will Alex Park leave at the end of season 4?

When Morgan insisted Alex went out and saw other women, he reluctantly agreed.

He started talking to people via a dating app but nothing panned out.

This was until he started talking to Dr Heather Boyd (Shalyn Ferdinand) who also works at St Bonaventure Hospital.

Alex is now dating Heather which Morgan still says doesn’t bother her even though it clearly does. 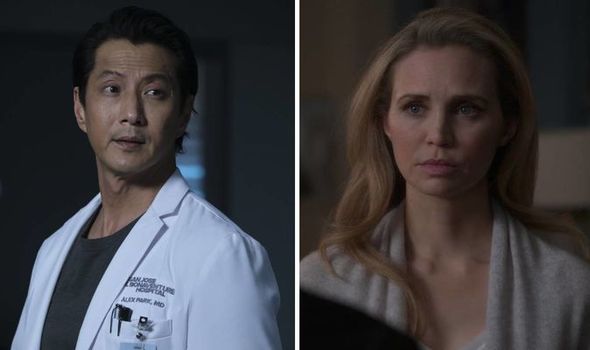 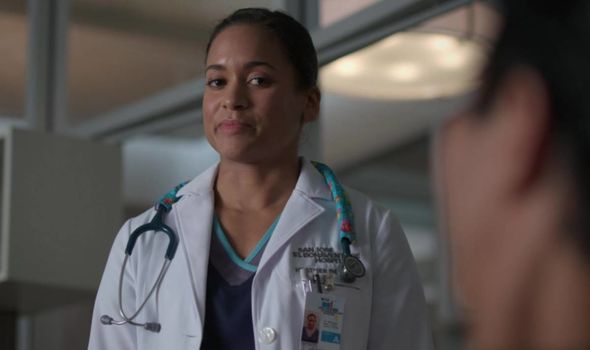 There could be a chance that soon enough it will be too late as Alex moves on from the hospital.

The synopsis for the episode that is going to air in a couple of weeks’ time has been released.

Episode 19 will be called Venga and will be the first of the two-part season four finale.

The description for Venga reads: “The St. Bonaventure team travels to Guatemala on a surgical mission to help patients at a rural hospital.

“Once there, the team faces a small community that is in desperate need of their help but are assigned the daunting task of identifying who they can help most.

“And while Shaun seems to be thriving in Guatemala, Lea is still struggling with the loss of her baby.” 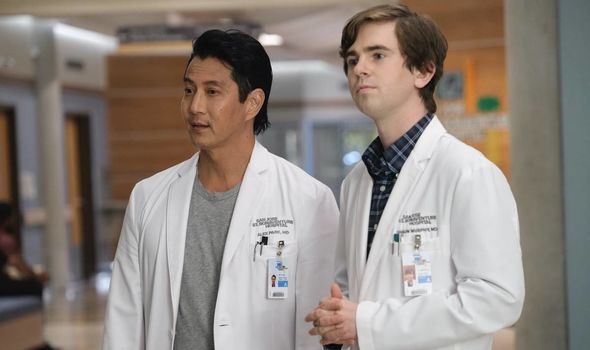 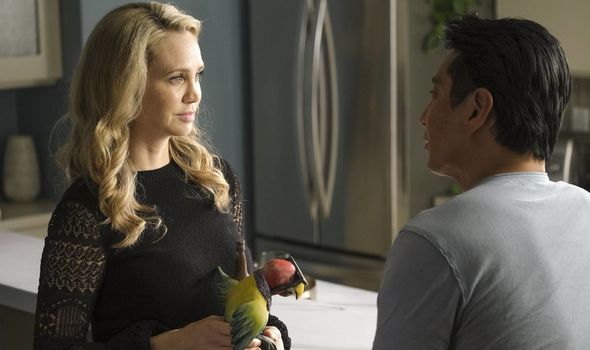 At the end of series three, there was talk of Alex leaving to go and spend more time with his family.

He had tended to a teenager who had died as a result of his injuries in the earthquake and he said life was too short for all of this.

However, because of the coronavirus pandemic, Alex wasn’t able to be transferred and that’s why he stayed at his current job.

His trip to Guatemala could alter Alex’s perspective on his life once again though.

Alex and the rest of the team will be going to Central America to help vulnerable people.

If he still doesn’t believe his work at the hospital is worthwhile enough, he may decide to stay in Guatemala to try and make a difference there instead.

There is also the chance of Helen also going on the trip and if she loves it, this may convince him to stay, leaving his job for good.

But there is one person who might be able to change his mind if he is considering the big move.

Alex had feelings for Morgan and wanted to pursue a relationship with her.

She was the one to put an end to their romance so will she end up asking him to stay if there is a risk of him leaving?

There are just a few more episodes to go until the latest series finishes.

The grand finale of The Good Doctor season four will air on Monday, June 7.

The Good Doctor is available to watch on ABC.