The Grand Tour trio, Richard Hammond, Jeremy Clarkson and James May, travelled to Madagascar for their latest special as they searched for pirate treasure. The presenters each designed their own vehicle to travel around the country and one moment saw Richard stranded by the side of the road. Wanting to make sure he didn’t waste time, he decided to whip up some food but it didn’t go well at all.

Richard tried to prepare his rations only for the beg they were in to heat up extremely quickly before bursting on his lap, burning his leg.

Recalling the moment, he explained: “I like to push it a bit, you know, I do like a thrill but I’m not thrill-driven.

“It was quite exciting when a whale shark came up to us in the water, but I wasn’t in danger.

“The most dangerous thing that’s ­happened to me recently was ­burning my bits in Madagascar filming The Grand Tour when I dropped a hot meal in my lap. That was very unpleasant.” 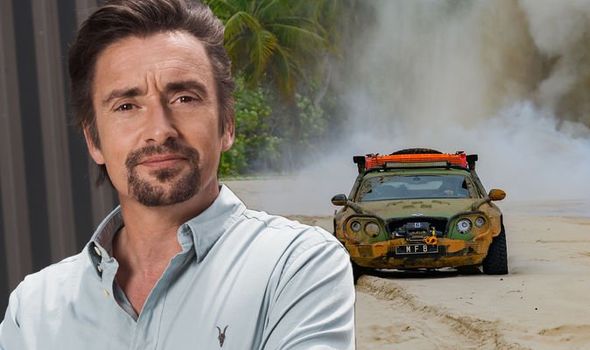 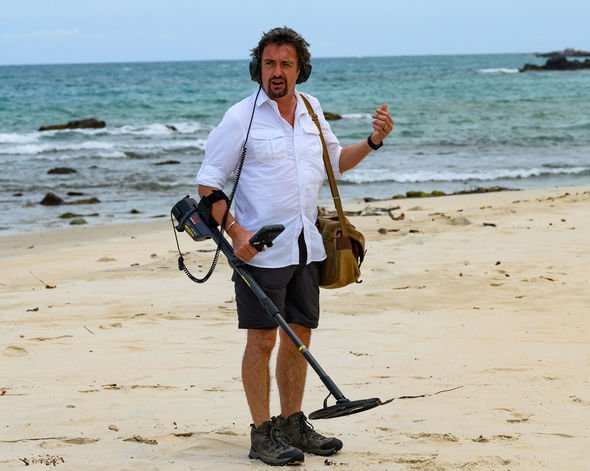 Richard, who has been in two crashes, the latest in Switzerland when his car burst into flames, admitted he won’t doing anything “stupid” which would put his life at risk.

Speaking about what his wife Mindy thinks of the risks he takes, he told The Sun: “She’s very trusting.

“She knows I’ve got far too much to live for to do anything stupid.

“I’ve got her and my daughters and my life and I don’t want to throw it away.” 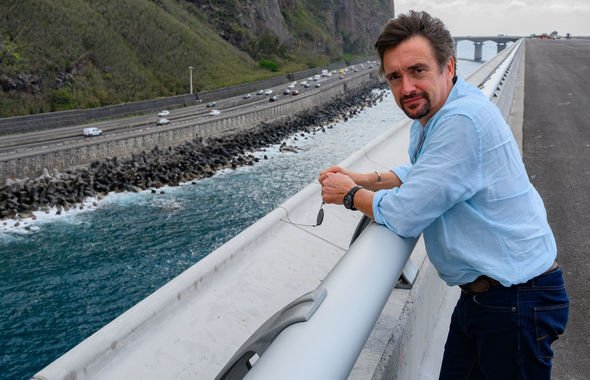 The presenter is stepping away from co-hosts Jeremy and James for his own solo show The Escapists, which drops on Amazon at the end of the month.

He won’t be completely alone though as he will team up with Tory Belleci for the project.

However, Richard has admitted he is still worried about how the series will be received by fans.

“I’ve never been so bloody nervous about a show going out,” he told the publication.

DON’T MISS…
Jeremy Clarkson: Top Gear star hits back at ITV claim about his show [LATEST]
James May taken aback after being sent knife in post [INSIGHT]
Jeremy Clarkson: The Grand Tour host speaks out after blowing up beach [INTERVIEW]

“I’m more exposed, more ­vulnerable on this one than anything I’ve ever done.

“When we left I sobbed like a baby because that was a whole world that took seven weeks to build and we were tearing it down.”

It comes after James has released two of his own solo shows which have included the presenter travelling to Japan and learning how to cook.

Jeremy has been busy presenting Who Wants to be a Millionaire and working on his own show, which will follow his life on a farm.

The trio did reunite for their next The Grand Tour special in 2020 with the episode expected later this year.

Jeremy, James and Richard headed to the Outer Hebrides in Scotland but fans can expect a shorter instalment than usual.

“We have just done a big show here in the UK […] We’ve just been to the Outer Hebrides,” Jeremy revealed to Express.co.uk.

The Grand Tour is available to stream on Amazon Prime Video.