ABC’s “The View” changed the morning television game when it premiered in 1997, and it has gone through many co-hosts since that time. But the original cast included Meredith Vieira, Star Jones, Debbie Matenopoulos, Joy Behar, and Barbara Walters. They had a good run, too, until 2006 when both Jones and Vieira left the show. There was a lot of speculation about what happened to prompt their leaving, with some citing behind-the-scenes drama and other people assuming it had to do with salaries and straight business.

At the time, Vieira garnered a lot of attention when she told Time in 2006, “I’m proud of the work we did there, but it’s not a good time in the history of the show. It’s hard to watch. It sort of became a joke.” She later clarified her remark to the New York Post, saying, “I felt that the media was turning [‘The View’] into a joke, not that the show was a joke.” She added, “In those days following Star’s departure, in particular, it became a feeding frenzy, and I felt the media was turning the show into a joke … that it was becoming fodder for lots of mean-spirited articles. I found that hurtful.”

It’s a testament to the show’s success that the comments even drew that much scrutiny, and Vieira obviously didn’t want to be seen bashing the gig. So why did she really leave “The View” anyway? Read on to find out.

Everyone questioned the move 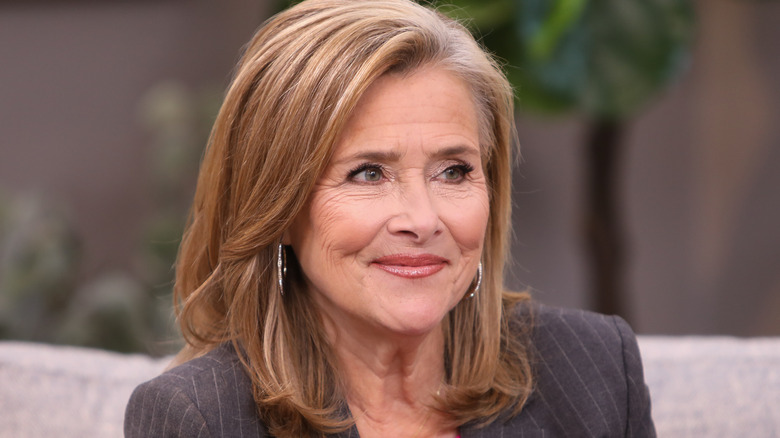 Rumored behind-the-scenes infighting among “The View” co-hosts aside, Meredith Vieira had a very good reason to move on from the show. In 2006, after Katie Couric left the “Today” show to host CBS’ nightly newscast (and to make history as the first woman to do so), NBC tapped Vieira to helm “Today.” Given all of her experience on “The View,” and her gigs at “60 Minutes” and the host of “Who Wants To Be A Millionaire,” she was a perfect choice to take over the role.

While it was a major career move, even media critics questioned the move at the time. James Poniewozik over at Time wrote of the move, “Though I suspect that having an excuse to get out of the crossfire between Star Jones and Joy Behar was reason enough.” So it’s likely that both things are true: Vieira was over being on the media circus that was “The View” and ready to accept a bigger, more challenging role on a different network and advance her career. So would she ever go back?

Probably not, but she did tell the Los Angeles Times that she finds the show to still be relevant and watches the clips. In 2020, she said, “I’m thrilled that ‘The View’ continues to be relevant and reinvent itself. And quite frankly those political candidates would not come on that show unless they felt there was a real need to be on that show.” She obviously doesn’t feel the same need.