The Transformation Of Kelly Dodd From Childhood To 45 Years Old

Reality star (or shall we say, former reality star?) Kelly Dodd is once again making headlines … but not exactly for the best of reasons. As reported by People, Kelly will no longer be holding one of the highly coveted oranges on Bravo’s flagship franchise “Real Housewives of Orange County.” It’s also reported that castmates Braunwyn Windham-Burke and Elizabeth Lyn Vargas were also given the axe. Ruh-roh!

In true Kelly fashion, however, the former Housewife appears unbothered by the recent cast shakeup. “The last five years have been an amazing experience. The next five years will be even better. I’m so grateful for all the love and support and so excited about the future,” Kelly penned in a statement on her Instagram account.

But besides going from just a regular gal to a “Housewife” and now back again, what else is there to know about the transformation of Kelly Dodd? Keep reading after the jump to find out!

Kelly Dodd is an Arizona native 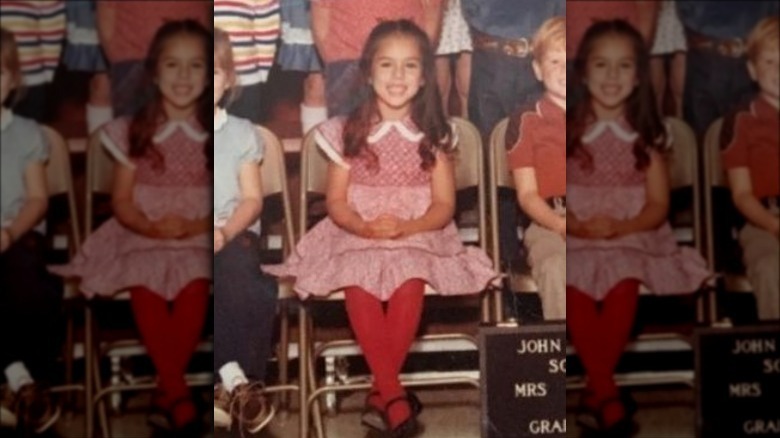 As reported by ABC15, long before “Real Housewives of Orange County,” Kelly Dodd was just your average girl from the Grand Canyon state. “Nothing beats the sunsets like in Arizona,” she declared during a 2017 interview. But just where in Arizona? In a tweet, in which she publicly called out entertainment website Radar Online for falsely reporting that she was from Glendale, Kelly revealed that she resided in Scottsdale until the ripe old age of 5 when she and her family relocated to North Phoenix. “Get u r facts straight! Radar online!” she demanded.

As for her home life, Kelly insisted that her upbringing was idyllic. “I just had a great childhood,” she maintained to ABC15’s Nick Ciletti, before adding that she and her father often spent time at Arizona’s famous Papago Park — a municipal park widely known for its hiking and various other attractions including a zoo and a botanical garden.

Kelly Dodd's relationship with her mother and brother has been rocky 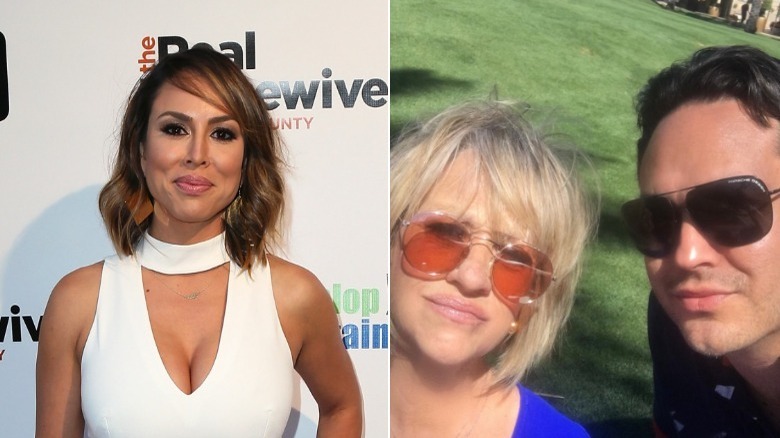 Two relationships that have not been idyllic, however, are the difficult and deeply layered relationships she has with both her mother Bobbi Meza and brother Eric Meza. Bravo fans may recall that during an episode on Season 15 of “Real Housewives of Orange County,” Kelly Dodd opened up about the rift between the three of them and the fact that she had not spoken to either of them in nearly two years.

According to Kelly, the issues started after the pair moved in with her during what was supposed to be a very temporary arrangement, but as time went on, the situation eventually left Kelly feeling like she was being taken advantage of. “They said it’ll only be a few months. Well, those few months turned into a year-and-a-half, and I felt like my mom and Eric were taking advantage of me, and it caused my mom and me to get in a big, huge fight. They moved back to Arizona,” she revealed, per Bravo TV. “So, the last time I talked to my mom was almost two years ago.”

Later, in an interview with ET, Kelly spoke candidly about the family drama and admitted she was not looking forward to watching it play out on television. “I’m dreading to watch all of it back. It’s gonna be really hard for me to watch this season,” she confessed.

Kelly Dodd became a mother herself 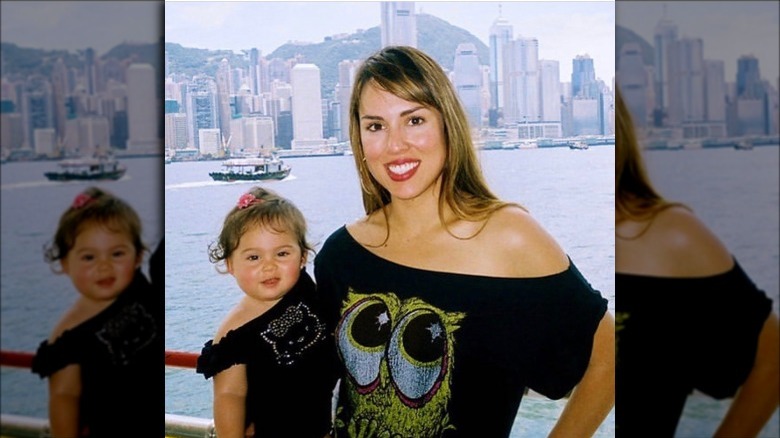 While she certainly made a name for herself as a Housewife on “Real Housewives of Orange County,” perhaps Kelly Dodd’s most important job is that of “mom.”

Kelly’s antics and outbursts on “RHOC” were often met with criticism, but it was her on-camera scenes with her daughter, Jolie, that seemed to win over the hearts and minds of many viewers. Case in point: Kelly taking Jolie to volunteer at a soup kitchen. As it turns out, Kelly considers that particular experience to be one of her proudest moments as a parent. “My daughter going to the soup kitchen and really realizing how grateful and thankful she is for her life and her childhood and knowing that she has it better than most and she’s appreciative of that,” she told People in 2018.

Kelly is also confident that she’s done a great job rearing her daughter thus far, but remains cautiously optimistic. “So far, I’ve done a great job, but her teenage years are upon us,” she warned. “So we’ll see,” she teased. 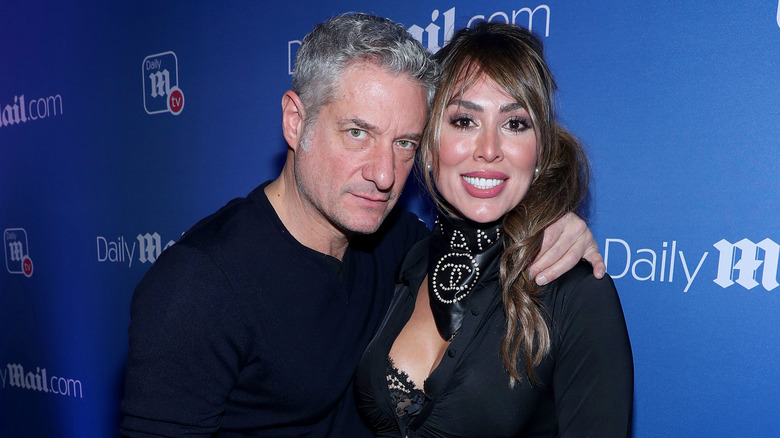 Maybe the third time really is the charm? Unless you’ve been living under a rock, you probably know that Kelly Dodd tied the knot to reporter Rick Leventhal in October 2020. But what many “Real Housewives” stans may not know is that this makes marriage number three for the Bravo star.

As reported by Screen Rant, Kelly was first wed to an attorney by the name of Scott Christopher Silva. It’s reported that the marriage only lasted three years before the couple ultimately called it quits. Per Radar Online, it was Silva who did the dumping, filing for divorce in 2004 and citing that the marriage was “irretrievably broken” and that there was “no reasonable prospect of reconciliation.” YIKES.

Her second marriage was not without its troubles either. As “RHOC” fans will recall, Kelly’s tumultuous marriage to entrepreneur Michael Dodd and the father of her daughter, Jolie, resulted in the couple separating not once — but twice. Eventually the couple divorced for good in 2018. “I’m happier, my daughter’s happier,” she exclusively told Glamour about the decision to call it quits once and for all. “She tells all her friends she likes her parents not being married. Because now her friends’ parents are splitting up, so she’s giving advice to the other kids. ‘Hey, listen, it’s not so bad. It’s actually better. It’s quiet in the house. There’s no tension,'” she continued. 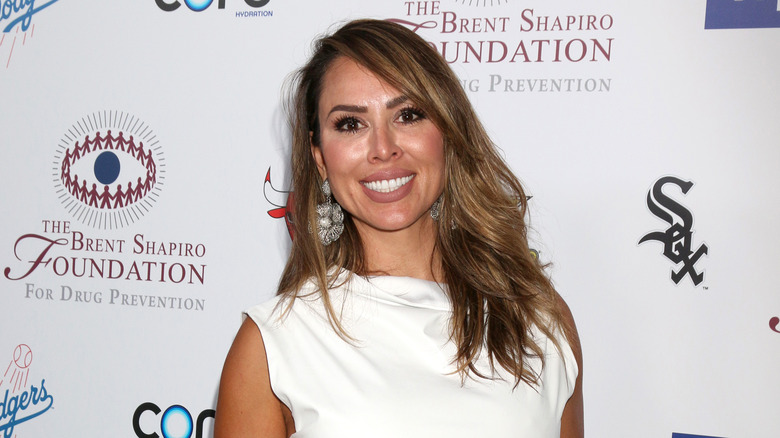 Even after becoming a star on “Real Housewives of Orange County,” Kelly Dodd wasn’t content to stop there. As reported by Heavy, in February 2019 Kelly took to her Instagram account to announce that she had forged a partnership with the beverage company, Positive Beverage.  “I’m so excited that I now own part of my favorite beverage company @PositiveBeverage that’s super healthy and people can afford,” she penned in a now-deleted Instagram post.

Unfortunately, what goes up must come down. Per People, the company parted ways with Kelly in early 2021 due to “controversial views” that Kelly had publicly shared about COVID-19. The beverage company’s Founder explained the reason for the abrupt end in the partnership in a statement via Instagram. “Our core values of wellness, community, diversity and inclusion should be reflected by our brand and anyone associated with it,” he penned. “It has become clear over the past few months that Kelly’s controversial views and opinions have distracted from our primary objectives, so effective today, we are no longer affiliated with Kelly Dodd-Leventhal,” the statement continued.

Kelly, however, appeared to take the news in stride. “I’m glad I could help put Positive Beverage on the map and wish them well. I’m also really excited about my next venture in the beauty industry, which is my real passion. Stay tuned!” she wrote on her now-defunct Twitter account.

So what else can we expect from Kelly Dodd? One can only guess! STAY TUNED.

do, Kelly, of, the, transformation
Celebrities