The Truth About Aimee Flores From Love Island USA

Fans immediately took to “Love Island USA” in Season 1, but there was concern that following seasons wouldn’t capture the same steamy magic. Due to the COVID-19 pandemic, Season 2 was moved away from an island and the cast was displaced to the Las Vegas Strip, per Screen Rant. Although the locale was not as picturesque, the singles were able to find romance. Fortunately, in Season 3, the cast was flown to Hilo, Hawaii as 12 singles tried to find love with a chance at a cash prize. Perhaps even more than in Season 1 or Season 2, the islanders arrived with a collective mindset to find a match.

The show’s host, Arielle Vandenberg, noticed right away that cast members approached Season 3 with a similar approach. “Everyone is open to finding the right person,” she told Women’s Health. “[S]taying true to themselves and are open to learn about themselves,” Vandenberg added. Part of “staying true” could mean finding a mate outside of their existing couples.

“Love Island USA” Season 3 added a few wrinkles to the format, as the 12 islanders were joined by late arrivals. Two new guys were added to the mix as Wes Osgbury, a Harvard grad-turned entrepreneur, and Slade Parker, a printing and advertising business owner, joined the fold, per Women’s Health. They were not the only late additions, as Aimee Flores joined the show late to stir the pot. Keep reading to find out more about this enticing cast member. 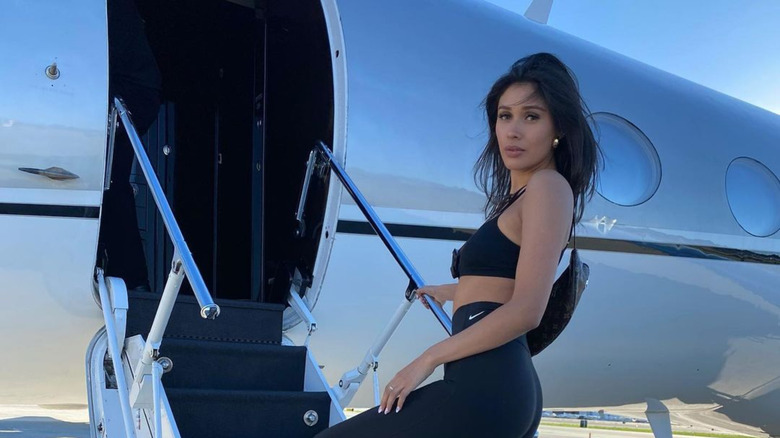 Aimee Flores did not join Season 3 of “Love Island USA” until the Episode 3. Before her arrival, there were two more men than women on the island, and Aimee made an immediate impact on the show’s dynamic, per Monsters and Critics. Aimee lives in Los Angeles, Calif. where she works as a personal chef. In her intro, the Islander mentioned how she is used to living a lavish lifestyle that is filled with plenty of travel, but would be willing to settle down if the right man came along, via Meawww. She wanted that man to possess more than just good looks, as she was on the hunt for an intelligent man that could stimulate her with conversation, per TV Shows Ace. The late-arriving cast member’s Instagram page gives a glimpse into the luxurious lifestyle Aimee is accustomed to.

Prior to landing a spot on “Love Island USA,” Aimee had a modest Instagram following. Her page is packed with glamorous model shots, along with a slew of snaps taken from exotic locales. Aimee has posted multiple pics of her boarding private jets, and multiple photos were taken on boats. These posts had some inquisitive fans of the show buzzing. Aimee also made waves on the show immediately when she announced her arrival by sending a flirty text to Josh Goldstein to meet her in the hot tub which rubbed Shannon St. Clair the wrong way. She’s already making a splash!