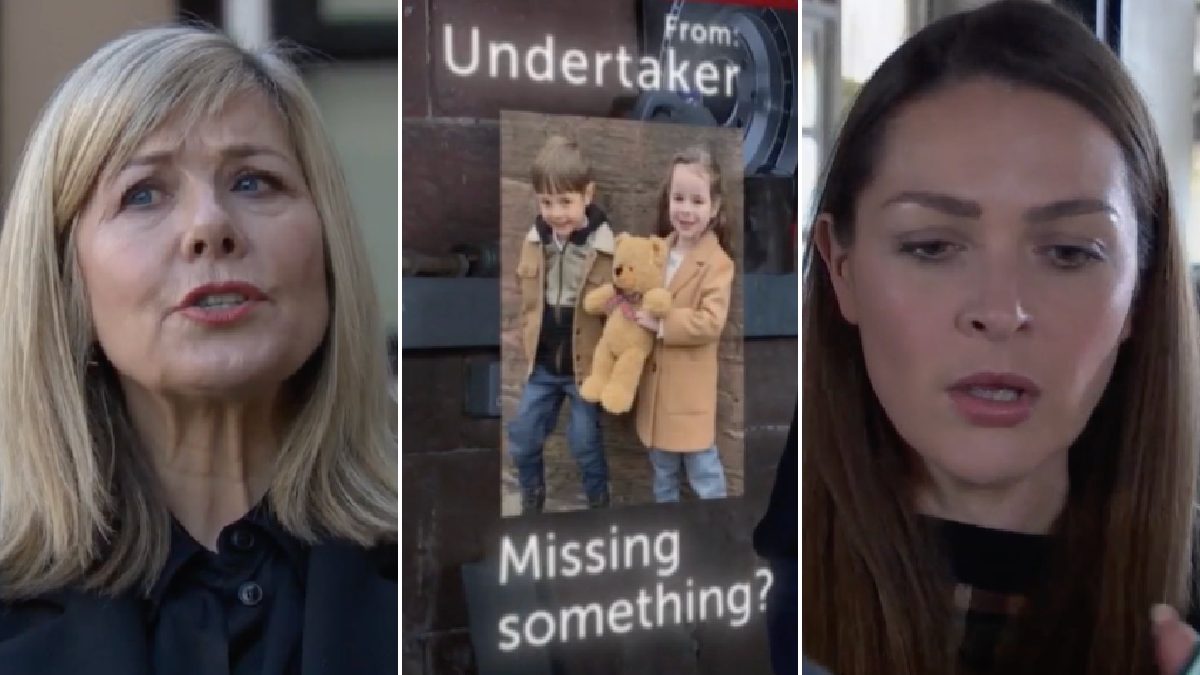 The villager’s newest baddie, as viewers know, is not someone you mess with, having already demonstrated that she’s capable of pretty much anything.

Sienna, however, resorted to some pretty drastic measures in Wednesday’s (May 25) first-look offering of the show, after she came to discover that Maya Harkwell’s (Ky Discala) body had been found.

Maya, as viewers know, was Ethan’s unhinged ex-girlfriend, who died during a struggle with Ethan, as a gun went off.

Ethan covered up her demise, with some assistance from Sienna and Ste Hay (Kieron Richardson), who buried the body for a fee.

Sienna and Ste’s world came crashing down this week, as Saul Reeves (Chris Charles) informed them that the body had been found.

Zoe Anderson (Garcia Brown), meanwhile, questioned Ethan about the crime, believing that he was the one to blame.

Sienna, Ste and Ethan decided to work together in a bid to get themselves out of this mess. Sienna, however, went one step too far, as she left an urn on Zoe’s doorstep, which was meant to look like a message being sent from The Undertaker.

Ste and Ethan railed at her for what she did, but Sienna was delighted with herself, having enjoyed dabbling in such dangerous territory.

Little did she know, however, that The Undertaker would retaliate in such an earth-shattering way, kidnapping Sophie and Sebastian!

Will Sienna be able to rescue her children in time before it’s too late?

Hollyoaks continues Thursday May 26 at 7pm on E4, or catch the next episode at midnight on All4.