As some of the most recent episodes of season 10 of The Walking Dead have focused on certain characters’ backstories, it has prompted fans to go back and revisit some of the show’s classic and most memorable episodes. However, on a second watch, there are some mistakes that jump out, like in season four episode 14.

One of the most emotional and shocking episodes of the show, The Grove focused on young sisters Lizzie (Brighton Sharbino) and Mika (Kyla Kenedy).

However, Tyreese and Carol are growing concerned about the two girls and their ability to survive the Walkers.

Mika seems to be too gentle and not able to kill the Walkers when needed, and Lizzie seems to struggle with even understanding what a Walker is and why they are dangerous. 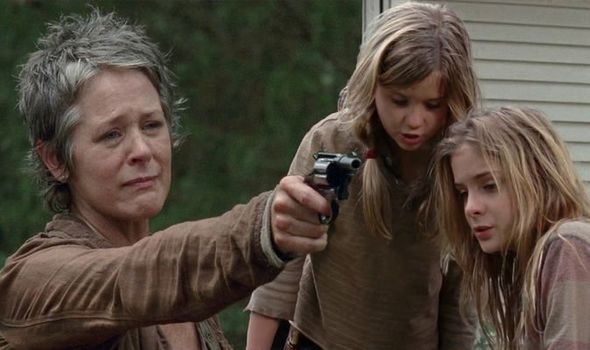 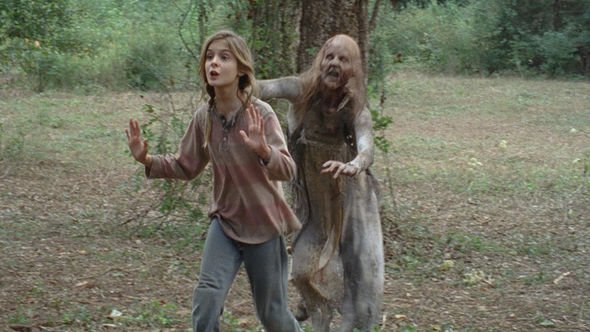 As they find an abandoned home and decide to settle in, Lizzie and Mika go playing on nearby train tracks.

There they previously found a trapped Walker, to which Lizzie decided to feed a dead mouse.

As she moved her arm closer, she was almost willing the Walker to bite her, telling Mika that the walkers “want [her] to change”.

Before the Walker can infect her, another group of zombies appear and the sisters run away. 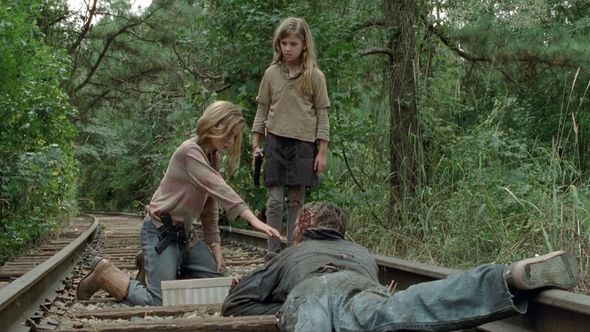 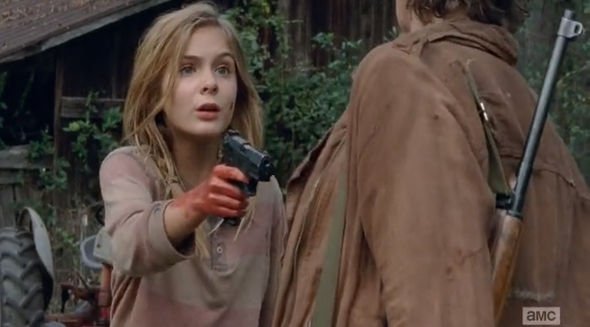 However, while initially they manage to outrun them and create quite a distance between them, pretty quickly it seems like the Walkers picked up speed in quite an extraordinary way.

On the forum site Movie Mistakes, one fan pointed out: “When Mika and Lizzie are running from the Walkers on the railroad tracks, they easily outrun them and gain several meters’ distance in a few seconds.”

“When they are running to the house, the Walkers have suddenly caught up and are directly behind them.”

Indeed, once the two girls reach the house, their screams alert Tyreese and Carol who come out and eliminate the Walkers.

Since the ability the Walkers had to run at superhuman speed is never addressed, it was likely just a way for the show creators to create tension and make it look like the girls were in more danger than they actual would have been.

However, fans who are familiar with the episode in question will know that the Walkers are hardly the foe to fear.

Later on that night Carol sits Lizzie down to try and have them learn about the risks of the Walkers.

Unfortunately, the extent that Lizzie was already removed from reality was much greater than any of them realised and the notions Carol taught her confused her even further.

The next day, Carol and Tyreese find that Lizzie had stabbed and killed her sister, thinking she would come back as a Walker.

Pointing a gun at Carol, Lizzie threatens to do the same to Judith, but Carol convinced her not to.

The following day, the two adults decide Lizzie is far too great a danger to keep around and therefore needs to be killed.

Carol took on the task and shot the girl before confessing to Tyreese it was she who previously killed Karen (Melissa Ponzio) and David (Brandon Carroll) to prevent the spread of an infection; Tyreese sees her remorse and forgives her.