This Morning has finally scrapped the option to win energy bills or household bills as a cash prize in a game segment after facing immense criticism and Ofcom complaints.

Earlier this week, the ITV programme was lambasted for its ‘dystopian’ prize offering after callers were given the opportunity to have their energy bills paid for on Spin to Win amid the cost of living crisis.

Despite widespread backlash, the segment continued for a second day, with energy bills changed to ‘household bills up to a value of £3,000’ on Tuesday.

On Wednesday, Phillip Schofield and Holly Willoughby brought the game back yet again – but this time, neither energy bills or household bills were an option on the wheel, with the top cash prize being £2,000 instead.

Nonetheless, Phillip did appear to reference the controversy when he suggested what callers could spend their winnings on, as a woman who called in was granted the top prize.

‘We’ve got prizes up to £2,000, which you can spend on anything,’ the 60-year-old said as he gestured towards the wheel. 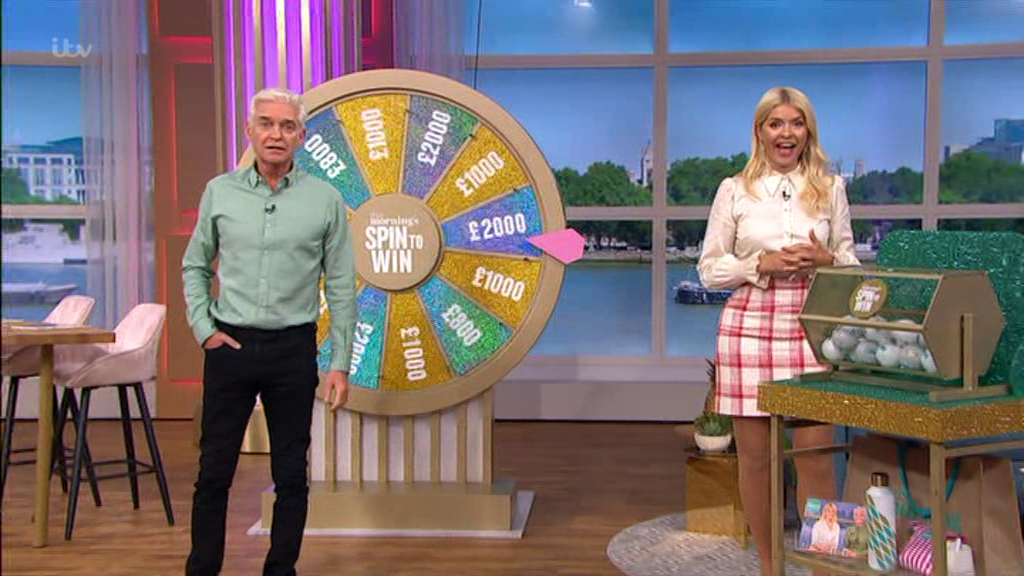 ‘You can put that towards your energy bills, it could be supermarket bills, could be petrol, could be gin, whatever you fancy.’

Several viewers commented on the latest edition of Spin to Win, after Monday’s episode of This Morning accumulated 170 complaints submitted to media watchdog Ofcom.

‘Oh they have taken the energy bills off nowt to do with them getting a load of flack for it,’ one person speculated.

In a statement sent to Metro.co.uk, a spokesperson for Ofcom said it was currently ‘assessing the complaints against our broadcasting rules’ with regards to the controversy.

They added that they are ‘yet to decide whether or not to investigate.’

This Morning airs weekdays from 10am on ITV