The professional boxer has been accused of being “controlling” by his ex girlfriend Millie Roberts.

Tommy Fury, 20, who is appearing on the fifth series of Love Island, is currently coupled with Molly-Mae Hague.

Millie alleges the pair were dating when Tommy was approached by TV producers to appear on the show earlier this year.

The duo split in March, with the student claiming he went on the show to further his reality TV star path, but didn’t sign up for the programme until they had called it quits.

During an Instagram Q&A, Millie opened up about her relationship with Tyson Fury’s brother, accusing him of controlling what she wore and where she visited.

She claimed: “Yeah, he wouldn’t want me wearing revealing clothes, wouldn’t let me go to certain place in town – he wanted me to be very reserved and modest.

“But ya gal likes a drink in a mini dress so.” 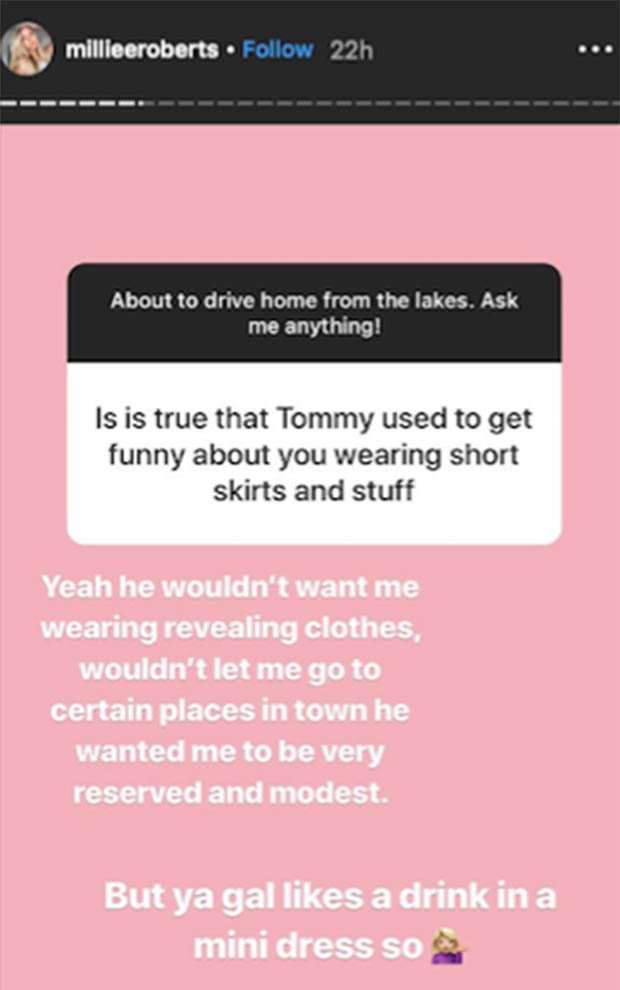 In another Instagram story, someone asked her about the last thing Tommy said to her before he flew to Spain.

She claimed: “That he missed me and reassured me he didn’t break up with me to go in the villa, he just wants to concentrate on his boxing. Lol.”

During his time on the show, new arrival Maura Higgins has straddled Tommy and tried to plant kisses on his face, but to no avail.

Millie took a swipe at the Irish ring girl, saying: “I think she needs to remember she’s on Love Island and not Babe Station.” 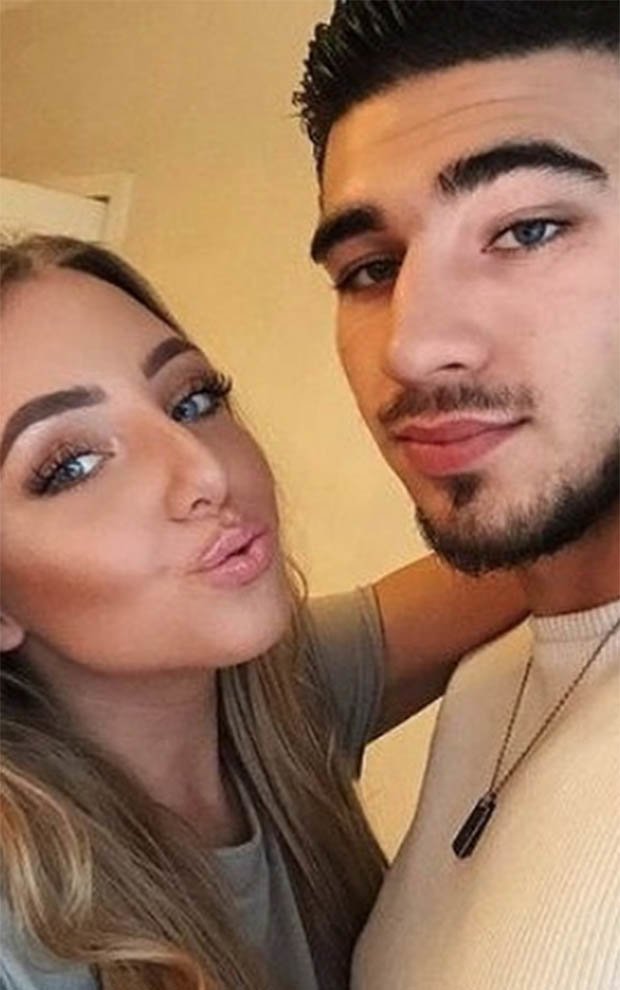 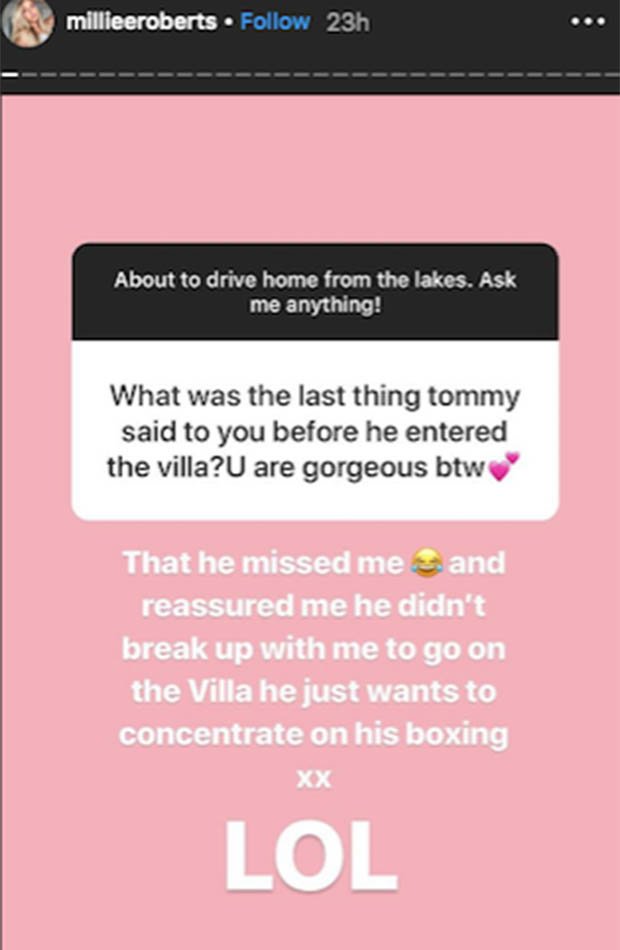 Speaking about the break up and his desire to further his career, she put: “He was approached after his first pro fight, then I would say in the space of three months we split up about five times.

“He said Love Island was something he had to do for his career and he did offer to stay with me.

“You can have all the money in the world but that does not make you happy. “