“My job is to evaluate performers against the part I am trying to cast. Lukas deserved better,” veteran TV director says 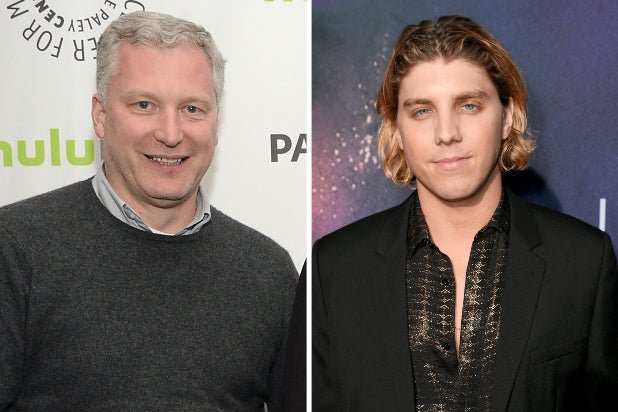 After “Euphoria” actor Lukas Gage’s awkward audition video went viral, TV director Tristram Shapeero has come forward as the man who’s voice appears in the clip, and as in the video, says how “mortified” he is by his comments.

Shapeero, who has directed episodes of “Community,” “Veep,” “Unbreakable Kimmy Schmidt” and “Never Have I Ever” across a 20-year career, revealed that the Zoom call between Gage and himself took place in August after four months of lockdown, but Gage only now shared his PSA for “s— talking directors” last week.

“First and foremost I offer Mr. Gage a sincere and unvarnished apology for my offensive words, my unprofessional behavior during the audition and for not giving him the focus and attention he deserved,” Shapeero wrote in a letter in Deadline. “My job is to evaluate performers against the part I am trying to cast. Lukas deserved better.”

If you haven’t seen the clip, which has since earned millions of views across Twitter and Instagram, Gage is signing onto a Zoom call to begin an audition when a man’s voice can be heard talking about Gage’s apartment, not realizing that he wasn’t muted on the call.

“These poor people live in these tiny apartments, like I’m looking at his background and he’s got his TV,” Shapeero said before Gage gracefully chimes in and says “Yeah, it’s a s—y apartment. Give me this job so I can get a better one…Listen, I’m living in a four-by-four box, it’s fine. Just give me the job and we’ll be fine.”

Shapeero explains that when he said the word “poor,” he didn’t mean people who are in poverty but thought it was terrible conditions to have to perform an audition.

“It was emotional to see actors work so hard to win the few parts available and we were deeply moved by the passion of these young people under the extraordinary circumstances,” Shapeero said. “I was using the word ‘poor’ in the sense of deserving sympathy, as opposed to any economic judgment. My words were being spoken from a genuine place of appreciation for what the actors were having to endure, stuck in confined spaces, finding it within themselves to give a role-winning performance under these conditions.”

Shapeero once again apologized, as he does in the video to Gage, while promising to be better moving forward.

“As I say on the video, I’m mortified about what happened. While I can’t put the proverbial toothpaste back in the tube, I move forward from this incident a more empathetic man; a more focused director and I promise, an even better partner to actors from the audition process to the final cut,” he said.

The silver lining of all this is how remarkably the video has spread and even spawned memes and commentary.

“Actors are often (not always but often) treated like garbage and taken advantage of because ‘we’re just lucky to have a job’ and ‘we’re gonna take the job anyway’ etc etc. It’s very fucked up,” Billy Eichner said in a tweet.

Gage even retweeted two other videos, one from Seth Macfarlane recreating Gage’s video but using Ernie from “Sesame Street” and another from actor Leslie Jordan who thought Gage’s apartment was like “s—ing in high cotton.”

Check out the original video below, and read Shapeero’s full letter here.