A UNIVERSITY Challenge contestant was left mortified after his finger got stuck in the buzzer – leaving viewers in stitches.

The latest edition of the BBC show saw Edinburgh University go up against Peterhouse Cambridge University. 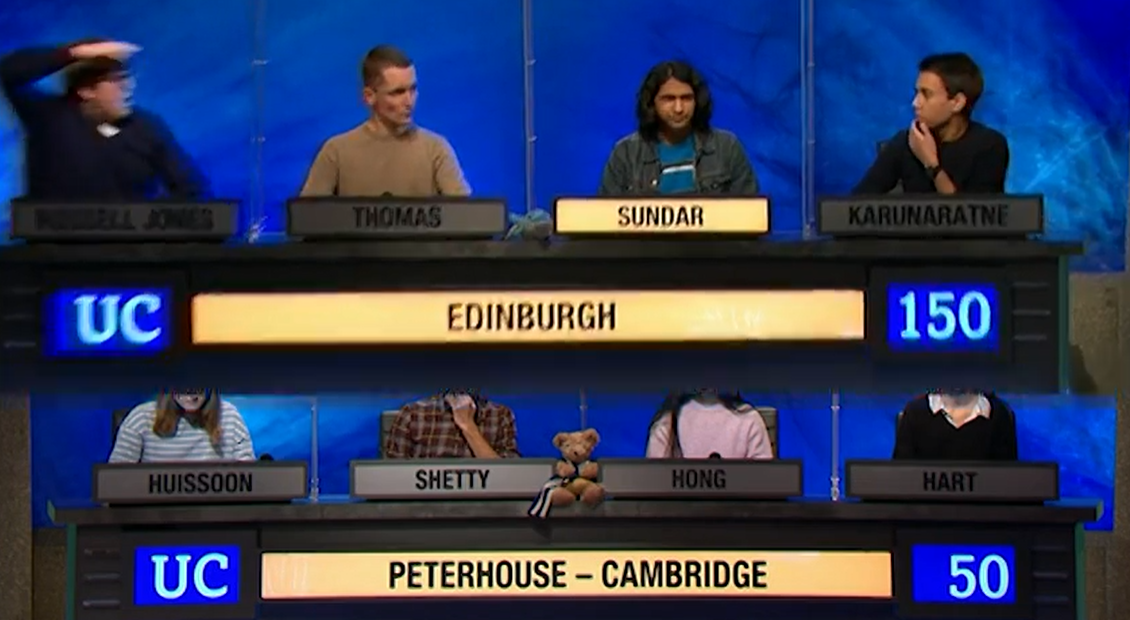 At one point, host Jeremy Paxman asked both teams: "Which Swedish scientist won the Nobel Prize for Chemistry in 1903 for his work on the Electrolytic Theory of Dissociation, an equation describing the effect of temperature on the velocity of…"

He was correct and the team was awarded 10 points, but both men had failed to notice Rishi's team mate Ben Russell Jones' dramatic moment.

Ben had also tried to buzz in to answer the question at the same time as Rishi, but was then seen by viewers yanking his hand dramatically up in the air after appearing to get it stuck in the buzzer.

While Ben's team mates didn't notice, viewers certainly did and were in hysterics.

One wrote on Twitter: "Russell Jones as if his fingers got stuck in the buzzer! #UniversityChallenge."

Another added: "That made me laugh,” while a third tweeted: "Right, which joker wired Jones’ buzzer to the mains? #Universitychallenge."

Despite Ben's unfortunate mishap, Edinburgh stomped to victory, scoring 270 against Peterhouse's 80 by the end of the show.

Jeremy said: "And at the gong, Peterhouse have 80, Edinburgh have 270, well you were up against very tough opposition tonight.

“But never mind, 270 Edinburgh is a terrific score, highest score so far I think in this round of the competition.”

He added to the Edinburgh team: "Congratulations to you, we look forward to seeing you in round two.” 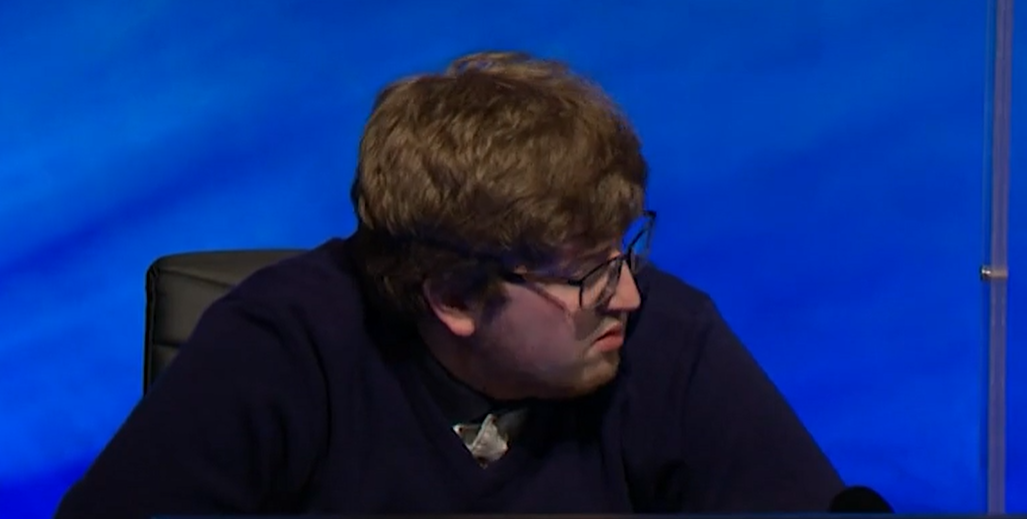