The late Anthony Bourdain was many things to many people — a celebrity chef, a writer, a TV personality, a cultural provocateur, a brother, a friend, a father — and a new film looking at his life and career, titled Roadrunner, explores each hat he wore through intimate interviews with brother Chris, ex Ottavia Busia-Bourdain and fellow chefs David Chang and Éric Ripert, among others.

Still, “My whole life, I was like a kid with my nose pressed against the glass, wondering, ‘What must it be like to have a kid and a normal family and stand in the backyard with a silly apron, you know, barbequing burgers?’ Bourdain says in this clip, exclusively debuting on ET. “When I find myself doing that, I am like ridiculously, stupid happy.”

In 2007, Bourdain became a father to daughter Ariane. “”I do a lot of pretty cool sh*t now — I travel all over the world, I see all these amazing things — but I am never happier than when I’m standing in the backyard being, like, TV dad, because I feel normal,” he laughs. “Whatever the hell that means.”

Roadrunner arrives three years after Bourdain’s death by suicide. Ahead of the film’s release, ET’s Nischelle Turner spoke with director Morgan Neville (an Oscar winner for Twenty Feet from Stardom) about his unflinching approach to revisiting Bourdain’s life and what it meant showing the film to his family.

ET: Why was the story of Anthony Bourdain’s life something that you wanted to tackle and in the way that you did, so unfiltered?

Morgan Neville: There were a couple of things. One is, he lived a life that most of us would dream of having. He saw more places around the globe than virtually anybody on the planet — and that part of it is romantic — but also what he did with that, the fact that he didn’t just go there and show beautiful places. He actually engaged with the people, he ate the food, and he tried to tell their stories. So, I felt like he was a fellow traveler. He was kind of a documentary filmmaker too, and so I looked up to him in that way and saw all the good he had done being a champion for curiosity and travel and being open minded.

The film tackles all of those aspects– his career, his family life and his struggles. You don’t pull any punches. Was there any part of making this documentary that was hard for you?

Yes, but I knew I had to. The thing is, if you go back and read Kitchen Confidential, the book that launched him a as a public figure, that book is brutally honest about his own struggles with heroin and other substances. He was somebody who was always very open about his flaws, and honestly, I think that’s why people gravitated towards him, why they trusted him. He’s somebody who wore his flaws on the outside, so there’s no way you’re gonna get around those. So, you just have to kind of embrace and be as brutally honest as he always was.

I came to him during No Reservations then of course stayed around for Parts Unknown, so I really loved seeing all the archival footage of him. Was there anything that you found that particularly surprised you?

There were so many things. One thing which shouldn’t be surprising but I was constantly amazed by was just how fast he was. He would always just have the best one-liner or the best reaction. He was just incredibly present when he was in those places and so excited, and I think that’s really what drove people to watch those shows so much, was not just to look at these places but to see it through his eyes and his enthusiasm and his intelligence. That’s the thing that really gave everything he did this subjective gaze. It was all about Tony’s trips through the world. 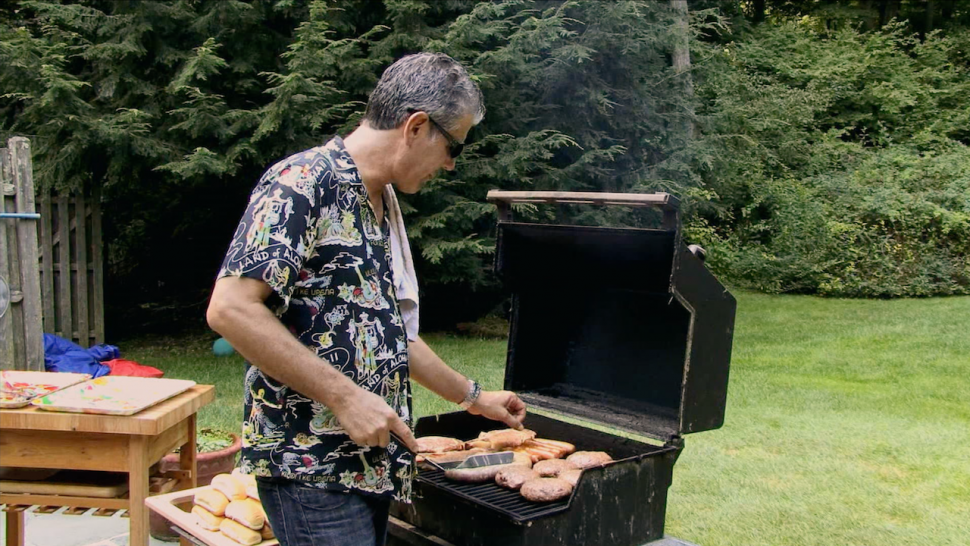 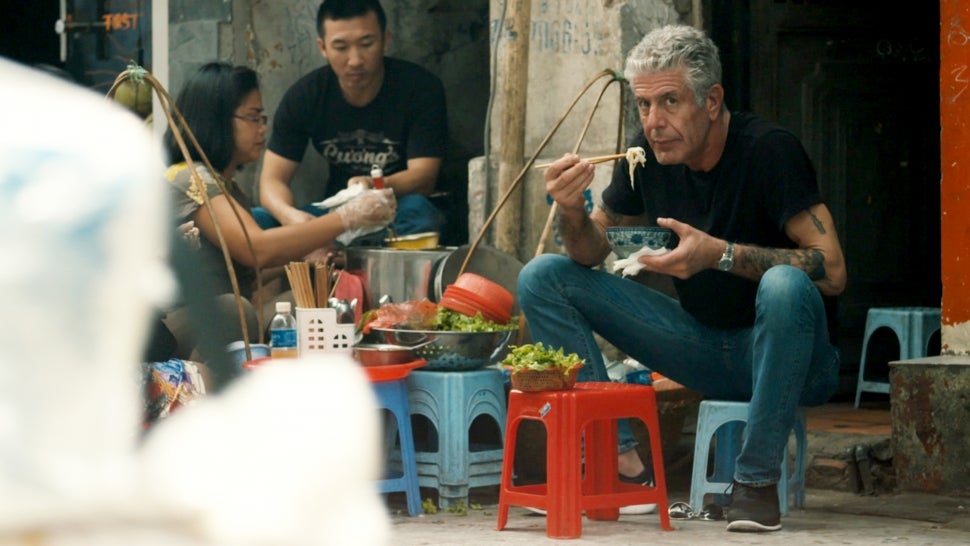 He was an everyman with a superhero aura about him, so for me, it’s so satisfying seeing him in the backyard, like, grilling sausages and making burgers. And the love he had for his daughter. Was there anything about that relationship, which meant so much to him, that shaped the way you did this film that she will see in the future?

It definitely occurred to me. I’m a father myself and there’s no way I couldn’t see his story through somebody who came to fatherhood very late in life and who really embraced it and loved it and then struggled with the kind of domesticity that fatherhood implies with an insatiable wanderlust. I think those poles were the two things that were always nagging at him. How do you reconcile being, as he would say, the ’50s TV dad in the backyard at the barbecue with the guy with the leather jacket traveling to, you know, Bhutan and Antarctica?

Have you shown his family the film?

Did you have to get their blessing before?

No. I mean, I had final cut on the film, but I certainly was curious to see what Ottavia would think, and I shared it with a few people just to see if there were any sort of gross missteps. I think it is a painful experience both for people to participate in the film but also to watch. There’s a lot of joy and humor in the film, but there’s also a big tragedy in the film and it’s unavoidable. When everybody sat down to talk to me, they knew that they were gonna have to go there, so it was a kind of a wrenching experience to make it. But I think that’s the kind of thing that Tony was always going for, was that wrenching experience.

Was there anybody in his family or his inner circle that you wanted to participate that just couldn’t do it?

No. I mean, there’s several people in the film who initially didn’t want to, but who came around. Like I said, I know it wasn’t easy for people to do, but people understood that if you were going to talk on Tony’s behalf then you had to be frank about it.

The film was so well received at the Tribeca Film Festival. What did that mean to you to get that love?

The Tribeca Film Festival was one of the first film festivals back in person and many people in Tony’s life — many of them seeing it for the first time — came to the screening, so I was more nervous about that. And it was emotional. His brother came up and gave me a hug at the end of the film. There were a lot of tears, and it’s a hard film just because it’s a tough story. There are big highs and big lows in it, and I think you just have to go for the ride. Because that’s what Tony always took you on.

If you could describe him in one sentence, what would it be?

I think if Tony wanted to be described in one word, that word would be “storyteller.” In one sentence, I would say he was somebody who shared the world with the rest of us.

I do think that’s his legacy. I mean, he showed more of the world to people through television than virtually anybody else on the planet, and that’s not a small feat to have accomplished. I think most of us who watched his show, our sense of the world is largely shaped by the images and the stories that we head from him. And he was ultimately a humanist. He was somebody who wanted to make you see people breaking bread with people on the far side of the planet and understand that they’re like you in so many ways. They have hopes and loves and dreams.

What do you hope us viewers get out of watching this film?

I want people to remember him as a dimensional person again. I think the shock of his suicide leaves people unable to even really think of him. The number of people that have told me it’s hard for them to watch his show or they have to kind of bury their feelings about him because they don’t know what to make of it, hopefully this film helps people process some of that so they can actually see him as a whole person again.

Roadrunner: A Film About Anthony Bourdain is in theaters on July 16.