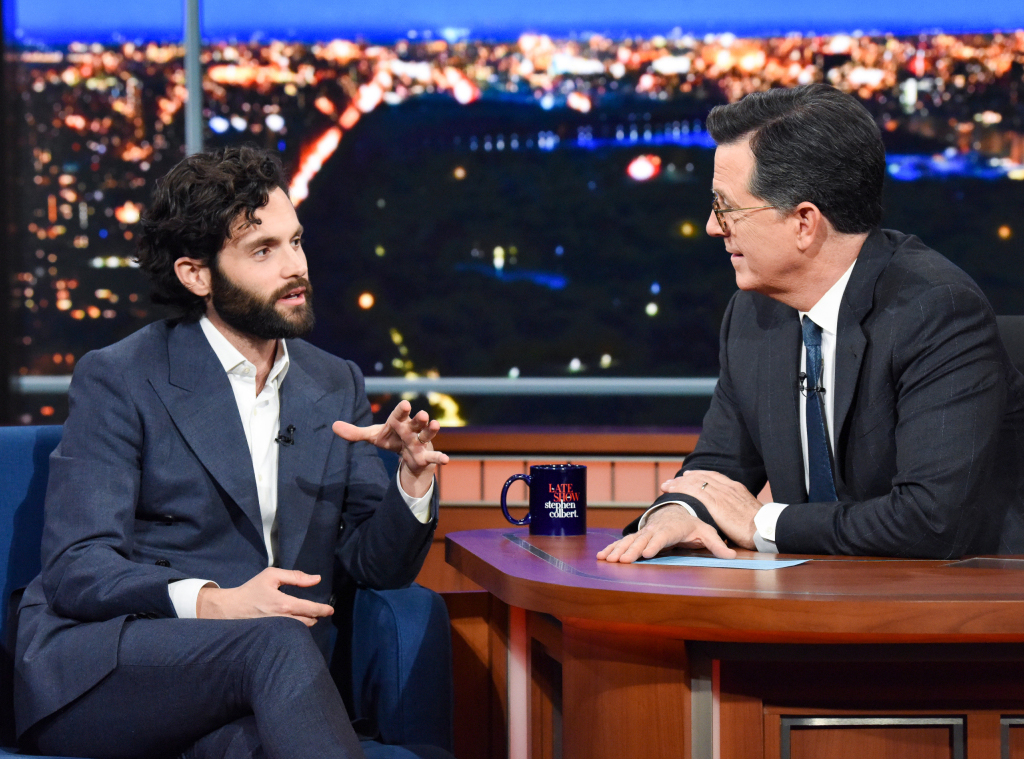 One would think playing a creepy stalker would be difficult, right? Well, for Penn Badgely, it’s actually quite effortless.

On Thursday, the You star sat down with The Late Show‘s Stephen Colbert and proved just how easily he can transform into his character Joe Goldberg for the thrilling drama series. Breaking down his “shockingly simple” process to the late night host, Penn delivered a chilling demonstration by giving the camera a blank expression.

Impressed by his ability to go from charming to creepy, Stephen said, “Wow, that was wonderful!”

This wasn’t the first time Penn had shocked people by getting into character so quickly. While recalling a photo shoot he had done with co-star Elizabeth Lail before the show premiered in 2018, the Gossip Girl alum admitted that he scared the crew when it was time to get the shot.

“I arrive on the mark,” he began. “I do nothing but look up. And the entire crew behind the camera goes, ‘OH! Whoa, man. That is phenomenal. That is so creepy.’ And I did nothing.”

That’s not to say that playing the sociopath serial killer doesn’t come with its challenges. For Penn, the hardest part has been seeing fan reactions to his character—most of them being that they still want to date him despite, you know, all the murdering and stuff.

He said, “I struggled greatly with the conflict of playing such a guy and him being partly so likable and having such a, as we say, thirsty response to him.”

But he does understand where it’s coming from: “I have to say though, it’s not entirely fair to put that on the viewer because we’re purposefully creating a device that is meant to be provocative—and hopefully thought-provoking—but not just titillating.”

Penn added, “It’s not a clinical portrait of a serial killer.” 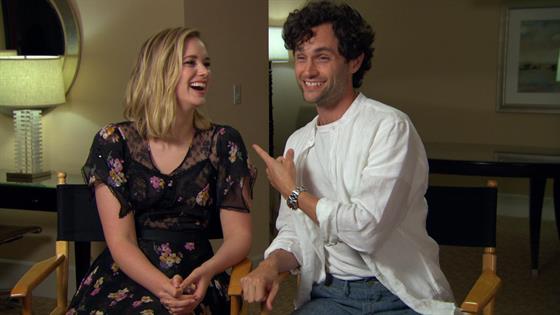 Still on the topic of the show, Penn shared his view on how it reflects our society. “I think it’s intended to function as a social commentary,” he explained. “I do, experience it as such…It says something about how we are willing to be patient and forgive someone who inhabits a body that looks something like mine—the color of my skin, my gender. These sorts of things. These sorts of privileges and how much we’re less willing to forgive people who don’t fit those boxes.”

Watch Penn go from nice guy to scary guy in the video above!