Home » TV & Movies » What rules do Below Deck cast members have to follow to be on show?

What rules do Below Deck cast members have to follow to be on show? 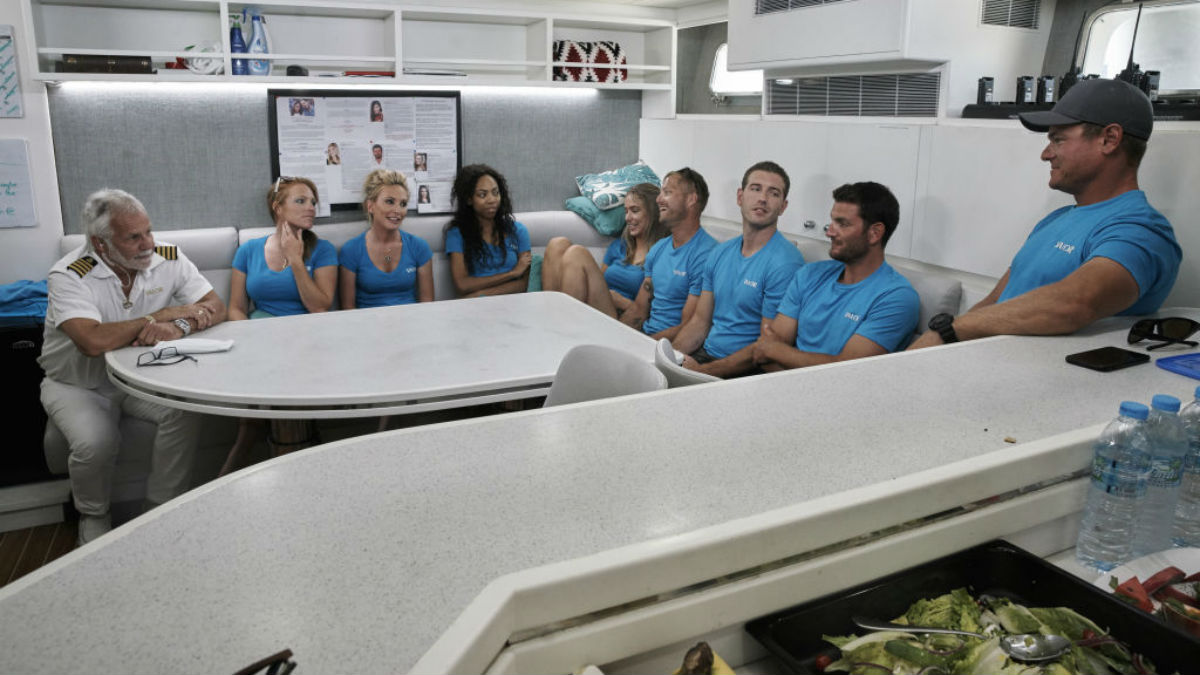 Below Deck, Below Deck Mediterranean, and Below Deck Sailing Yacht cast members must follow strict rules or risk termination from the Bravo show.

Fans know specific behind-the-scenes details regarding the hit yachting show like the cast and production never interacting. It turns out that is only one rule of many cast members agree to follow before filming begins.

There are a few rules, or rather, regulations, in place before the cast even joins the show.

All potential crew members must apply online, be at least 21 years old, and submit to a background check. Anyone wanting to join the reality series must have the proper licensing and certification to work on yachts.

The cast is required to be honest with production before hiring. However, that has not always been the case, like with Malia White and Adam Glick.

Rules before hitting the high seas

Each cast member must sign a contract with Bravo and 51 Minds Entertainment, the production company behind the Below Deck franchise.

All crew members need to obtain visas to work in the country where filming is taking place.

It is a reality TV show, which means all participants agree to give up privacy and be on camera for several weeks.

There are no filming extensions. All Below Deck installments film in six weeks because the network books the yacht for that specific time frame.

The crew has a job to do. This gig isn’t about just being on television. The cast members have to perform their yacht job duties daily and work hard.

Although some stars like Captain Lee Rosbach, Kate Chastain, Captain Sandy Yawn, and Hannah Ferrier have appeared on multiple seasons, it is not guaranteed.

The cast signs on for one season, and that is it.

Rules on the yacht

Below Deck Med Season 5 has brought up many rules set in place while working on a yacht. Some of those include declaring all prescription medication, no drinking at sea, and random drug tests for safety concerns.

All cast members must use titles for the crew, such as captain, bosun, etc., and show respect at all times. Even those never shown on camera must be respected and referred to by position title.

As viewers have seen, the crew must line up to greet and say good-bye to guests charters. It is a sign of respect. Any crew drama must be kept away from the guests, like when the group had no clue chef Kiko Loran was fired.

The cast of Below Deck, Below Deck Mediterranean, and Below Deck Sailing Yacht earn a nice chunk of change to be on the show. In return, they agree to the rules and understand the network can fire a person at any time.

Below Deck Mediterranean airs Mondays at 9/8c on Bravo.

Below, cast, Deck, do, Rules, What
Celebrities