AFTER announcing her divorce from rapper Kanye West, Kim Kardashian appeared at the 2021 Met Gala where they both wore matching masks.

The pair have been known to match in all-designer looks; however, fans were shocked when the pair continued to match even after the rapper's cheating confession. 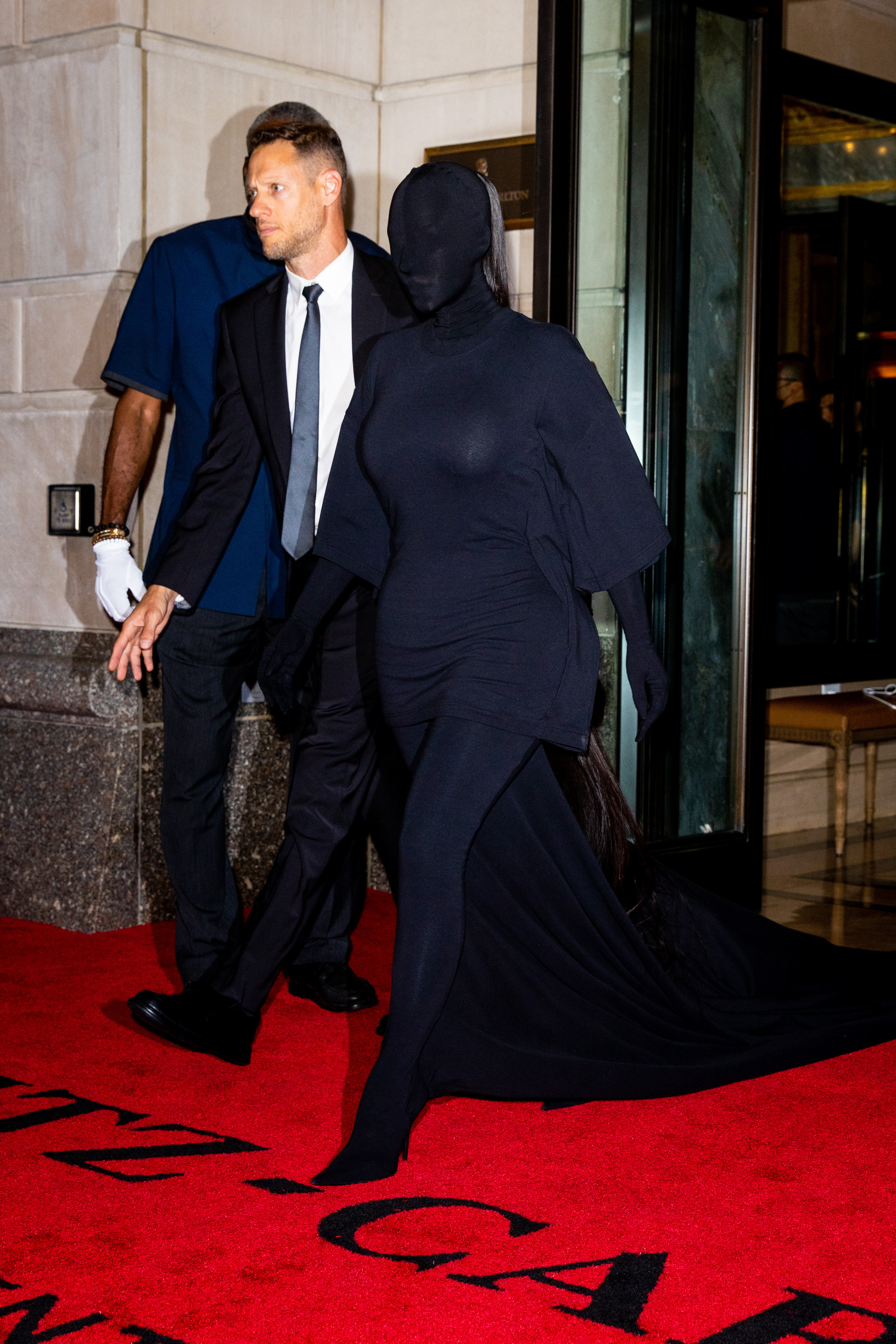 Kim Kardashian rocked an all black leather look on the Met Gala red carpet. Her look came complete with a face mask which covered her whole face and head, with just her hair peeping out through a hole in the back.

Kim's outfit was designed by Kardashian-favorite luxury designer Balenciaga. Last year at the 2020 Met Gala, Kim was seen in a look by designer Thierry Muglier.

Kanye West was seen alongside Kim in a full-black ensemble with a matching mask that hid his entire face.

Online, Twitter users compared the look of her outfit to the look of Kanye West's recently released Donda album.

One user wrote, "Not Kim Kardashian dressed as the Donda album cover."

Why did Kim Kardashian and Kanye West divorce?

Kim and Kanye went through a public divorce after reports of them filing came out in February 2021.

On an episode of Keeping Up with the Kardashians, Kim was seen crying to mom Kris Jenner about ending her marriage after feeling as though she had "no one to share life with." This referred to the rapper's spending time in his $14 million Wyoming ranch, away from the couple's shared Calabassas home

Despite, Kanye unfollowing Kim on Instagram six months after the divorce filing, Kim has continued to demonstrate public support for the rapper.

Kim and her four shared children with the rapper appeared at Kanye's multiple listening parties for his highly anticipated Donda album release.

The Donda album features songs which allude to the rapper cheating on Kim while the two were still together. Which of the other Kar-Jenner sisters were in attendance at the Met Gala?

Kim Kardashian was not the only one of her famous sisters in attendance at the 2021 Met Gala.

Kourtney Kardashian was seen with famous boyfriend Travis Scott as the two continue to showcase their whirlwind romance.

Kendall Jenner was also in attendance, seemingly without a date despite having just made her relationship with boyfriend Devin Booker public.

On the other hand, billionaire sister Kylie Jenner was notably not in attendance. Posting on Instagram just hours before the event, "I'm so sad I couldn't make it this year I can't wait to see all the looks."

She continued to support behind the scenes; however, posting a picture of sister Kendall on her Instagram story with the caption, "my princess."

Khloe Kardashian was also not in attendance and sources have revealed it was due to her not receiving an invitation to the event due to "being too C-list."