Home » TV & Movies » What’s Ariana Grande’s net worth and how tall is she? – The Sun

What’s Ariana Grande’s net worth and how tall is she? – The Sun

ARIANA Grande is one of the most recognized pop stars in the world and has come a long way from her Nickelodeon days.

The singer most recently married husband, Dalton Gomez in her California mansion in May 2021.

Who is Ariana Grande?

She is of Italian descent and her name is believed to be inspired by Princess Oriana from Felix the Cat.

Her parents separated when she was eight years old and she moved to New York with her mother and half-brother Frankie, who was one of the contestants on Celebrity Big Brother in 2016.

Ariana made her Broadway debut in 2008 when she landed the supporting role of cheerleader Charlotte in the musical 13.

Following her stint on Broadway, she landed the role of Cat Valentine in the Nickelodeon show Victorious, a role for which she had to dye her hair red every week.

Ariana stayed on the show until its third and final season and went on to star in a spin-off of Victorious and another Nickelodeon show iCarly, called Sam and Cat, which aired for a year.

What's her net worth?

As of 2021, Celebrity Net Worth reports that Grande's net worth is $200 million, making her one of the highest-paid and most-popular celebrities.

Grande's Dangerous Woman tour, which ended in September 2017, spanned seven months and five continents made over $71million, Billboard reported in November that year.

That was 70 percent more than her 2015 Honeymoon tour, which grossed $40million.

Is Ariana Grande a judge on The Voice?

Outside of acting and singing, Grande is now adding judge to her resume after NBC announced her as one of the new judges on season 21 of The Voice, replacing Nick Jonas.

With her $200million net worth, she is also reportedly now the highest-paid Voice coach.

It has also been reported that Grande will take home anywhere from $20 to $25million for the show.

What is Ariana Grande's height?

Grande can often be seen wearing heels or platform shoes. 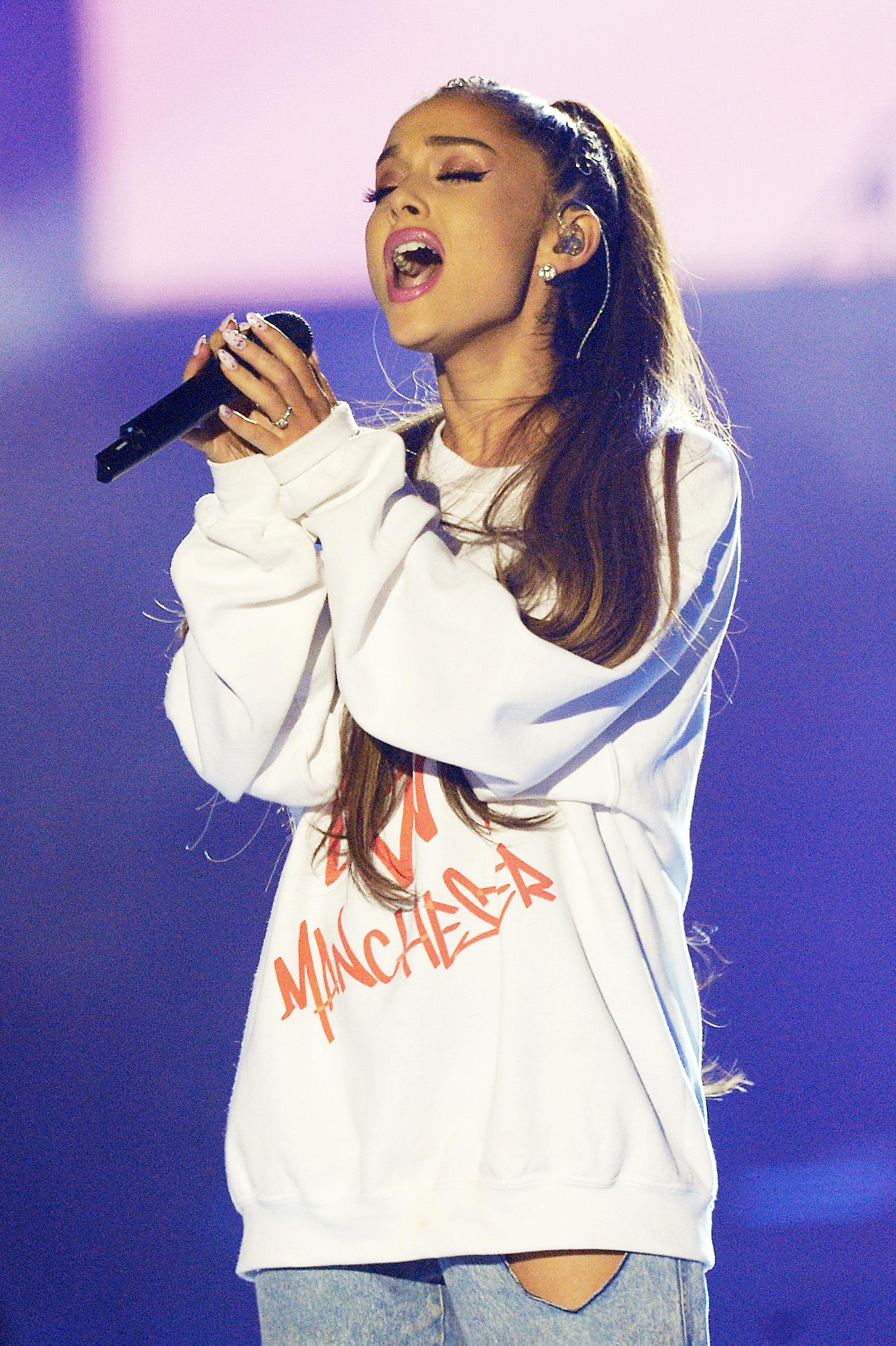 When did Ariana start her music career and what are her biggest hits?

Ariana's debut album, Yours Truly, was released in September 2013 and debuted at the top of the US chart.

Ariana's biggest hits include One Last Time and Thank U, Next.

The title track from her new album Thank U, Next was released on November 3, 2o18, and made it all the way to No1 in the UK Singles Chart.

More recently, Grande's fifth studio album Thank U, Next was released on February 8, 2019 and made her the first solo artist in history to occupy the top three spots of the Billboard Hot 100.

This made her the first artist to do so since The Beatles in 1964.

Grande sets the record for the largest streaming week for a pop album with 307 million on-demand audio streams.

She has the largest streaming week for both a pop album and for a female artist.

Her song 7 Rings saw Grande break the Spotify record for most streams in 24 hours, with a whopping number of 14,966,544 spins. The record was previously held by Mariah Carey's All I Want For Christmas.