Storm in a Teacup

A portrait of Western Australian artist Leon Pericles and his wife Moira as the former stages a major retrospective of his work and the latter descends into the fog of Alzheimer's, this moving film from their daughter Nia Pericles is blessed with the intimacy of family and the urgency of a disease now killing more Australian women than any other. 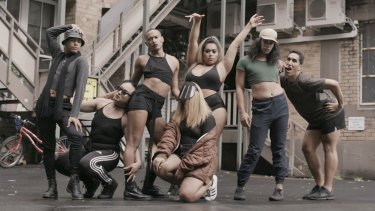 Captured in the lead-up to the crowning glory of Leon's storied career as a painter, printmaker and piss-taker, its moments of whimsy and humour are lights in the gathering darkness. Facing her own decline with courage and frustration, Moira is not written out of this romantic comedy-drama just yet. She remains a life force central to her family's sense of meaning despite being something of a liability when supermarket shopping.

Often the times Viceland really delivers, it's shining a friendly light on subcultures most of us would have no idea exist. Case in point: the Auckland vogue scene. Take what you know of circa 1990 Madonna and her conical bras, then replace her with a bunch of Māori trans girls and gay boys who could beat her in a walk-off without raising a sweat.

A sanctuary from discrimination and prejudice in their conservative Polynesian communities, the city's thriving vogue scene lends its flamboyant figures a vehicle for self-expression through its kinetic mix of art, dance and performance. How a dance movement that originated in 1980s Harlem has come to figure so meaningfully for a group of marginalised people on the other side of the world isn't exactly mapped out, but there's no dissing the positive role it plays in the lives of its glamorously fierce proponents.