What’s the Deal With Princess Diana’s Childhood Home in ‘Spencer’?

[There are spoilers ahead for the movie Spencer. If you haven’t watched yet, come back to this post another time!]

When you turned on the movie Spencer, which is a biopic of Princess Diana, you probably assumed that most of what was in it was based on fact. And that’s… kind of true. The movie takes place over Christmas in 1991, when Diana decided to leave Prince Charles. But parts of the movie are fabricated. The film opens by stating that it’s a “fable from a true tragedy.”

There’s a running theme throughout the movie that Princess Diana grew up “nearby,” but her home is in shambles. At one point, she even goes to her childhood home, finding it rundown and nearly falling apart. So it begs the question: was Diana’s childhood home really in disrepair? It seems unlikely that a family as important (and wealthy) as hers would let a house fall apart like that. And did she really grow up basically next door to Prince Charles and the royal family? Here’s what we know.

So where did Princess Diana grow up?

Diana spent the first few years of her life at Park House, which is located on the Sandringham estate. Sandringham is one of the royal family’s residences. At the time, the royals stayed in the main house when they were in town and leased the other houses on the estate out to other families. Lady Diana’s father leased Park House from them. 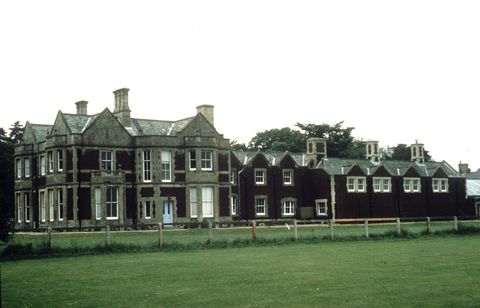 Diana spent time with the royals as a young girl because she was basically their neighbor, which is how she met Prince Charles (although she was closer in age to his younger siblings). When Diana was a little older, her father inherited a different title, the Earl of Spencer, so the family moved to a different home in Northamptonshire. That house looks like this: 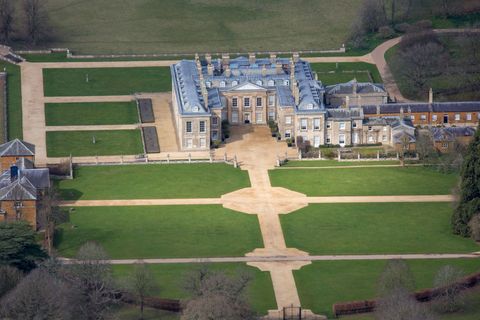 By the time Diana was an adult, was the home actually dilapidated?

It’s hard to find any proof of that, and it seems unlikely. Diana’s family moved out of Park House in 1975, and in 1983 the Queen gave the house to a charity so they could open a center that provided respite care for people with disabilities (which kind of functions like a hotel). That charity has occupied the house since. The movie takes place in 1991, and the house would have been a hotel by then.

So…what’s the point of making the house rundown/abandoned in the movie?

Great question! That is open to your interpretation. But if you ask me, it’s meant to be a symbol of how far Diana has strayed from where she came from, or who she was. It’s kind of like that old saying, “you can’t go home again,” but… literally. Diana can never go back to the person she was before, because that person no longer exists.

Or maybe the act of her breaking into the house during this period of time, when she’s deciding whether to leave Prince Charles, is really to show her trying to become the person she used to be. Either way, it’s an interesting metaphor! But it seems to be just that.

Deal:, Princess, the, What's, with
Celebrities