While the Oscars Embrace Diversity, the Golden Globes Scramble for Relevance

The week may have begun with the Oscar nominations, but attention very quickly shifted back to the under-fire Hollywood Foreign Press Association 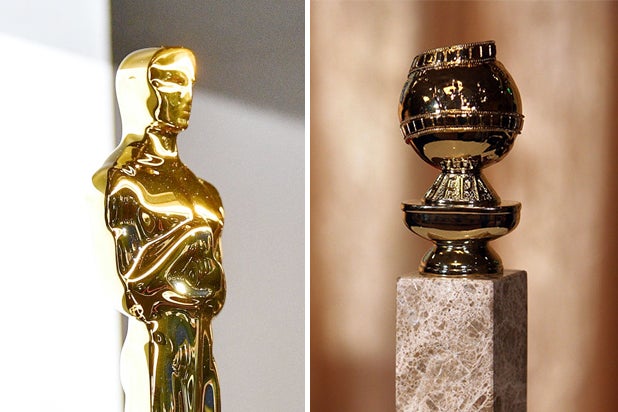 It happens like clockwork every year on the day that Oscar nominations are announced. The nominees are revealed early in the morning, people parse the list to figure out what it all means, and by the end of the day there’s a controversy brewing about who was snubbed or the lack of diversity or the perceived bias of the voters.

All of that happened again this week after Monday’s nominations, but with one significant difference: The controversy had nothing to do with the Oscar voters. Their choices were respectable enough that the industry quickly moved back to assailing the Hollywood Foreign Press Association and its awards show, the Golden Globes.

Sure, you could find fault with some of the Oscar omissions — Delroy Lindo, people! — and could wonder why, in a record year for nonwhite acting nominees, only one of the eight Best Picture nominees, “Judas and the Black Messiah,” told a story with Black protagonists. But five years after the #OscarsSoWhite controversy that followed two consecutive years of all-white acting nominees, the Oscars seem to have taken the measure of a difficult year in a way that has satisfied most of its critics.

To some degree, the nominations were the culmination of a process that began in January 2016, when then-Academy President Cheryl Boone Isaacs announced a series of changes designed to double the number of women and nonwhite members by 2020. “These new measures regarding governance and voting will have an immediate impact and begin the process of significantly changing our membership composition,” she said at the time.

Of course, you can’t completely credit the 2016 initiative entirely for the nine nonwhite acting nominees or the two female directing nominees — following 92 years in which only five women were nominated in the category. But the Academy has been strongly focused on diversity for half a decade — and perhaps aided by a pandemic year in which indies like “Minari,” “Promising Young Woman” and “Sound of Metal” were able to get more traction given the scarcity of studio releases, voters sprinkled landmark nominations throughout the slate.

And because of that, the 12 hours that followed Oscar nominations saw an abrupt shift. At 5:45 a.m., Hollywood was perusing the newly announced nominees and for the most part approving of them; at 5:45 p.m., they were reading the open letter by more than 100 Hollywood publicity firms that are withholding their talent from HFPA press conferences until the organization unveils significant plans to reform its “systemic inequity and egregious behavior.”

While the industry shows no real urgency for an Oscars season that still has five weeks to go, the pressure has only built on the HFPA, which might have thought it would enjoy a grace period to make changes after its widely panned Feb. 28 show. After a report on TheWrap about the way it turned down press conferences for high-profile, Black-led projects like “Bridgerton,” “When They See Us” and “Queen & Slim,” creators Ava DuVernay and Shonda Rhimes chimed in on Twitter with their own experiences.

NBC, for its part, finally admitted that it, too, is putting pressure on the HFPA — which has vowed to add at least 13 Black members this year, a bare-minimum fix that doesn’t address what the publicity firms’ letter called “the longstanding exclusionary ethos and pervasive practice of discriminatory behavior, unprofessionalism, ethical impropriety and alleged financial corruption endemic to the HFPA.”

The HFPA is planning to reveal its master plan by May 6, which is 11 days after this year’s Academy Awards. However well or poorly the Academy pulls off its in-person, train-station awards show, here’s guessing that they’re not the ones who will continue to find themselves on the hot seat come early May.