White House Farm: Fans threaten to switch off after harrowing scenes ‘I can’t watch this’

White House Farm tells the story of a family who were all killed in a mass shooting back in the mid-1980s. The chilling six-parter will air weekly on ITV but the first instalment left viewers emotional this evening after certain moments, in particular, left them “heartbroken”.

The drama, which features a star-studded cast including Line of Duty’s Stephen Graham, Game of Thrones’ Mark Addy and Waterloo Road’s Amanda Burton premiered on ITV tonight, with viewers hooked on the tragic drama series.

The six-parter tells the story of the aftermath of the mass shooting, in which Jeremy Bamber (played by Freddie Fox) was the only surviving member of the immediate family.

He insisted he had been at his home a few miles away when the shooting occurred.

Famously, the case had huge amounts of compelling evidence but there were also findings that cast doubt on the evidence at hand. 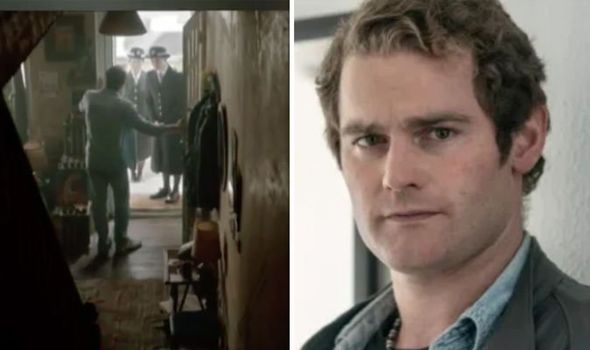 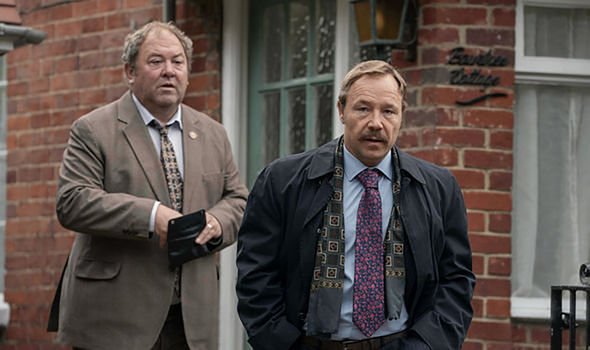 Tonight, viewers were left saddened by tonight’s episode as they found the hard-hitting scenes difficult to watch.

Taking to Twitter, ITV viewers gave their thoughts on the harrowing true story this evening.

“I remember this case from the 80s….chilling doesn’t even begin to describe it #WhiteHouseFarm,” said one viewer.

“Hard to believe it’s an actual true story, so sad. #WhiteHouseFarm,” wrote another.

“This is hard to watch. Terrific acting though  #WhiteHouseFarm,” added a third. 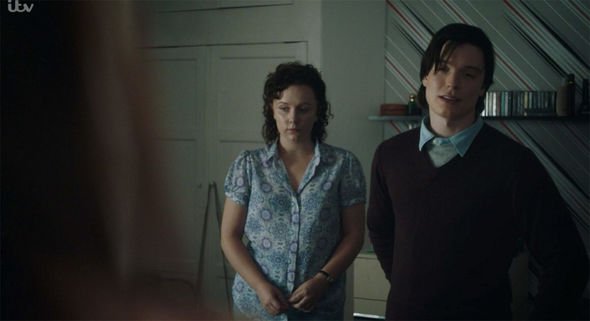 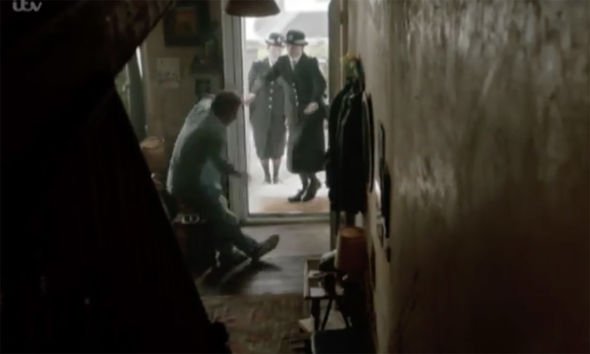 One scene in particular left viewers emotional as they admitted they were “heartbroken”.

Colin Caffell (Mark Stanley) was informed by the police of the death of his ex-wife and two children in a scene which made difficult viewing this evening.

One viewer said: “My heart is breaking for that poor man who’s lost his baby boys  #WhiteHouseFarm.”

“Finding out your wife is dead is one thing, but to find out your children are dead too is just heartbreaking #WhiteHouseFarm,” echoed another.

A third even threatened to switch off the drama following the hard-hitting scenes: “No the boys. The dad’s reaction. I can’t even watch this. #WhiteHouseFarm.”

“My thoughts and prayers go out to Colin Caffell. To lose his ex-wife and two children in such a hideous tragedy beggars belief. #WhiteHouseFarm,” added another.

However, some viewers also questioned the accuracy of the scene after the news was delivered to Colin on the doorstep of his house.

He quickly broke down after being told his family were deceased, but many were shocked that this is how he would have had the news broken to him.

One asked: “Is that how news of death was delivered back then? #WhiteHouseFarm.”

“Did they do things different in 80s? Nothing like being told a member of your family or partner is dead, whilst on the doorstep!? #WhiteHouseFarm,” questioned another.

A third added: “Perhaps the police could’ve asked to come in rather than tell him on the doorstep #WhiteHouseFarm.”

A fourth viewer said: “Surely the police officers would ask to come into the house before telling him about his wife and kids? #WhiteHouseFarm.”

White House Farm continues next Wednesday at 9pm on ITV