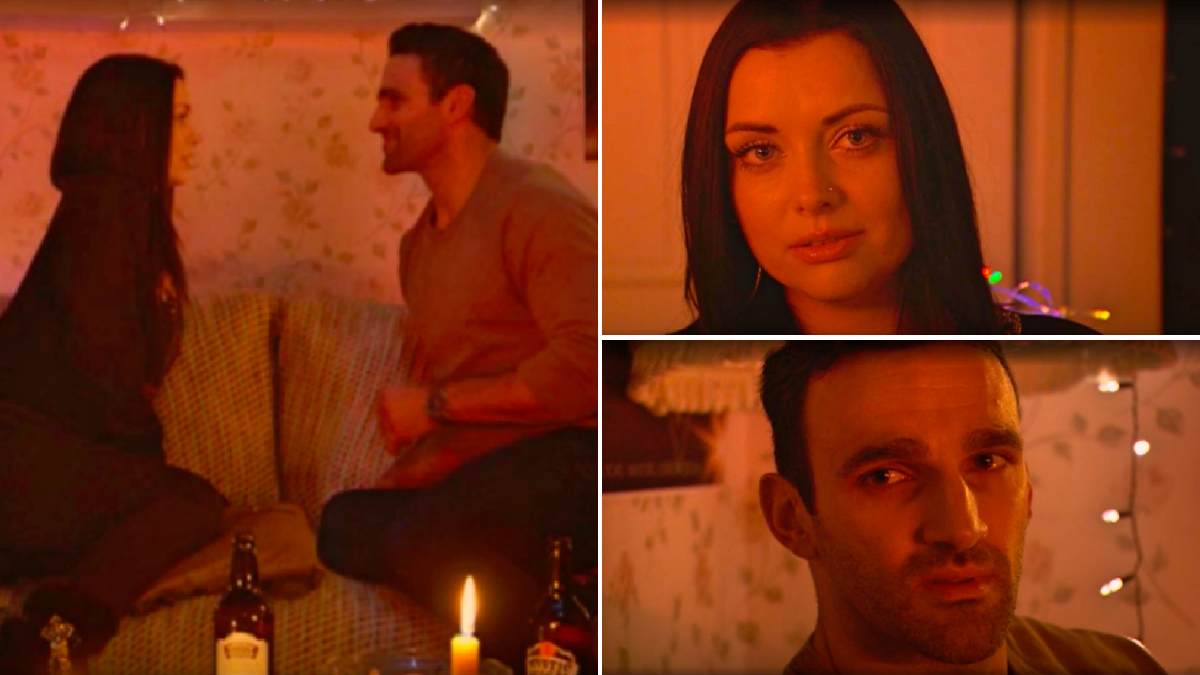 With Valentine’s Day having arrived, love was most certainly in the air.

Mick and Linda Carter’s (Danny Dyer and Kellie Bright) public display of affection got some talking — such as Kush and Whitney, who were both forlorn about the fact that they’re single.

Kush suggested that they mark the occasion with a housemate non-date, and Whitney agreed that such a thing was a great idea.

The chemistry was electric between the two — something which Bernie Taylor (Clair Norris) picked up on, after they shared a moment in the Square.

Kush readied his film of choice, as Whitney ordered in pizza, but a series of mishaps — from the electricity going out, to a heart-shaped pizza arriving on their doorstep — led them to believe that fate was trying to tell them something.

As a result, they ultimately decided to give into temptation, and thus began snogging on the sofa — surrounded by candles — before attempting to remove one another’s clothes.

Will Kush or Whitney come to regret their decision the morning after?

Or will this be the beginning of a new relationship?

Only time will tell, but it’s safe to assume Gray Atkins (Toby-Alexander Smith) won’t be too pleased, that’s for sure!

EastEnders continues Monday January 15 at 8:10pm on BBC One.

and, as, have, Kush, R, sex, Whitney
Celebrities