Home » TV & Movies » Who fell from the sky in Rings of Power?

Who fell from the sky in Rings of Power?

The Lord of the Rings: The Rings of Power trailer from Amazon

With in the first two episodes of The Lord of the Rings: The Rings of Power, a man known only as ‘The Stranger’ (played by Daniel Weyman) came out of a meteor from the sky. Clearly, he was exhausted after his mysterious journey and spent much of his time passing in and out of consciousness. Harfoots Nori (Marcela Kavenagh) and Poppy (Megan Richards) seemed to be taking care of him as they took care to keep him hidden from the Harfoot camp and even brought him food.

WARNING: This article contains spoilers from The Rings of Power

Who fell from the sky in Rings of Power?

The Stranger seemed to speak a foreign tongue and tried to give a clue about where he had come from after he used his powers to align fireflies into the shape of a constellation.

However, before the Harfoots could discern the meaning behind the fireflies, they were all destroyed.

There have been several theories about who The Stranger could be with many taking to Reddit to hypothesise with some believing it was the dark lord Sauron while others thought it could be Gandalf or one of the other blue wizards.

⁣User emilior11 thought The Stranger was Sauron, saying: “The Stranger is much more powerful and durable than the elves having survived a fall from the sky. 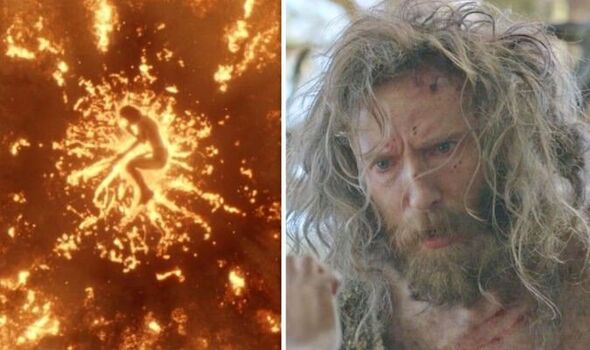 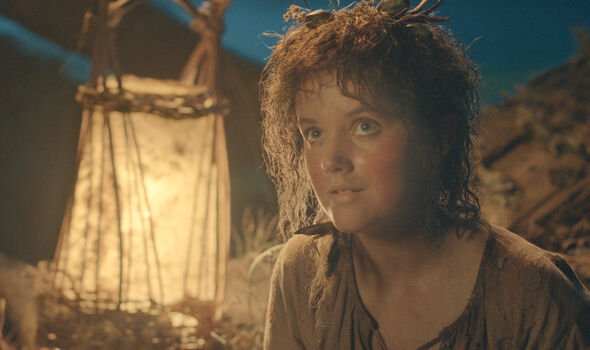 “The Stranger also has an eery amount of control over nature in the similar way as Gandalf and Saruman do.

“His appearance as an old, bearded man is consistent with the wizards (Maiar) we know in Peter Jackson’s LOTR and The Hobbit. No Elf we have ever seen is old and bearded and as the Hobbits say ‘Wrong ears and he’s not handsome… not to mention elves don’t fall from the sky’.”

The user goes on to say: “The timing of the meteor falling and The Stranger/Sauron trying to pull a grand ruse on the elves also fits Galadriel leaving – the show establishes in the first episode that she is the one person in middle earth who is actively trying to hunt him.”

Finally, they draw parallels between the One Ring and the meteor, which are both strangely cool to the touch even when they come into contact with fire. 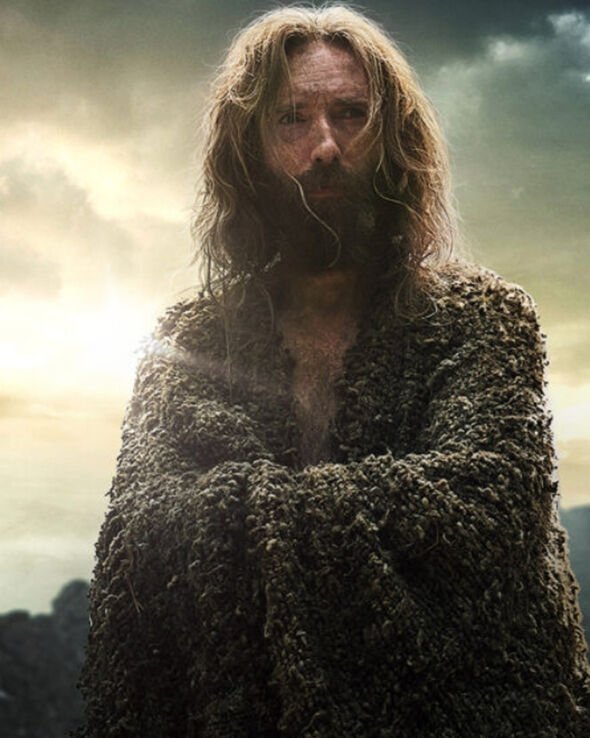 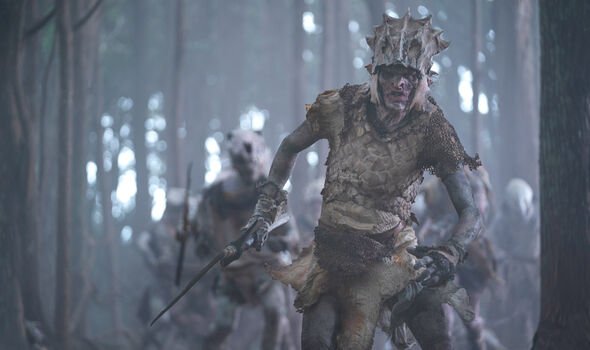 Adding: “Other evidence that he is Sauron – or at least a force of evil – is the moment where the Hobbits enter the crater of fire and find it cool. In the first episode in the ice caves we learn from Galadriel that extreme evil can be so strong that even fire cannot feel warm. I doubt they would have included this detail in this scene if the Stranger were a benevolent blue wizard or Gandalf.”

‘He could’ve landed anywhere, and he landed here. I know it sounds strange, but somehow I just know he’s important. It’s like there’s a reason this happened. Like I was supposed to find him. Me.”

They went on to reason: “Unfortunately this could work either way. If The Stranger is Sauron, it would draw a parallel between him and the Ring. If he is Gandalf, it would highlight how Gandalf was meant to meet the Hobbits. In that case there would be a lot of deliberate misdirection going on (with the crater looking vaguely like an eye or the fireflies dying).”

However, OriginalToIgnition wasn’t so sure and felt it could be a wizard. The wrote: “Your points combined with a tolkien revision stating the blue wizards showed up around the time of the forging of the rings really has me convinced this is Alatar or Pallando.

“All of the ‘meant to’ stuff is Illuvatar working his magic. The parallels to Gandalf are so obvious. All the evil stuff is just the showrunners trying to throw us off.”

Another used called vecnamite33333 said: “But I believe the Stranger is a familiar wizard and Sauron is actually Galadriel’s new companion, who just so happened to mention in the second episode that ‘looks can be deceiving [sic]’.”

They added about The Stranger not being Sauron: “If he was Gandalf, however, it would make a lot more sense in terms of storytelling. You would have a wizard among the Harfoots and progress their character development by welcoming him into their wandering society.”

For now, it seems the jury is out over who The Stranger could be. The one big thing fans do know from J.R.R. Tolkien’s hefty mythology is Sauron disguises himself as a benevolent figure known as Annatar ‘The Lord of Gifts’.

So, many viewers are waiting to see Annatar cropping up in the show and looking unrecognisable as he pulls the wool over the elves’ eyes in his plans for world domination.

As Annatar, he taught the elven smiths to make the rings which were given to various leaders across Middle Earth.

However, these 19 rings were all lesser than the One Ring Sauron had created in the fires of Mount Doom and which he would use to control the wearers of all the other rings.

Weyman told Deadline about playing The Stranger: “It’s been pretty easy actually,” Adding: “I felt that the way they wrote they gave me exactly what I needed in any given moment in that script.”

The Lord of the Rings: The Rings of Power airs on Fridays on Amazon Prime Video