Home » TV & Movies » Who is shot in Kelly exit storyline amid final Gary showdown in Corrie?

Who is shot in Kelly exit storyline amid final Gary showdown in Corrie? 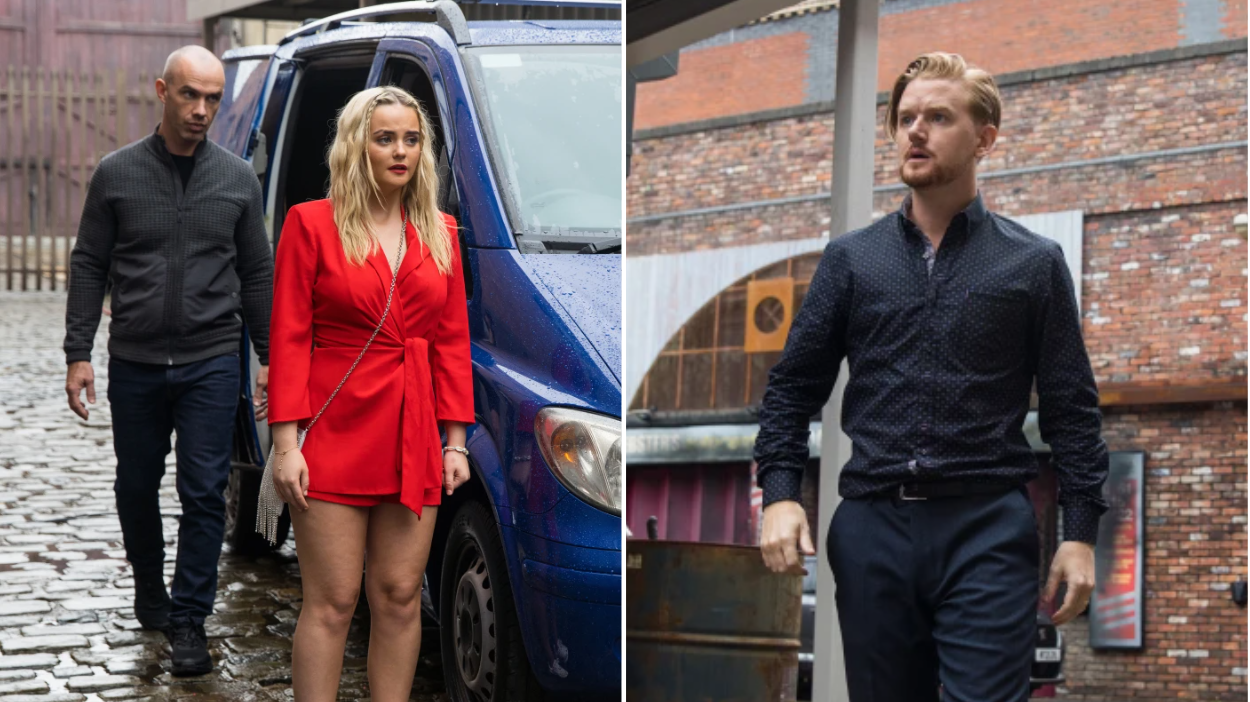 As Kelly Neelan’s (Millie Gibson) final scenes in Coronation Street get closer and closer to airing on screen, her life is in grave danger.

Past experiences with Kelly have taught us that once she has an idea in her mind, nothing or no-one will stand in her way.

This side to her personality doesn’t always play to her strengths as a few weeks ago, she attempted to do good by returning some of her dad’s money…but ended up getting kidnapped by Keiron in the process.

Keiron returns to Weatherfield next week as Kelly makes contact and offers him £10k to shoot Gary (Mikey North), now she knows he really killed her dad.

As Gary is knocked unconscious and bundled into a van, aware Kelly knows the truth, he wakes up in the very same place he killed Rick, listening to Keiron as forces him to start digging his own grave.

Later that evening, Kelly is led to the roof of a disused mill by Keiron, who then reveals his plan to kill and frame her for Gary’s death – murder-suicide.

As a terrified Kelly balances on the roof edge, Gary and Aadi (Adam Hussain) arrive.

With tensions rising and Gary telling Keiron to kill him instead, it isn’t long until a gun goes off – but who has been shot?

Could it be Kelly?