Who was Michael Apted?

Mr Apted directed the Coal Miner's Daughter, a James Bond movie, plus Oscar-nominated flick Gorillas In The Mist – and he even led some Coronation Street episodes. 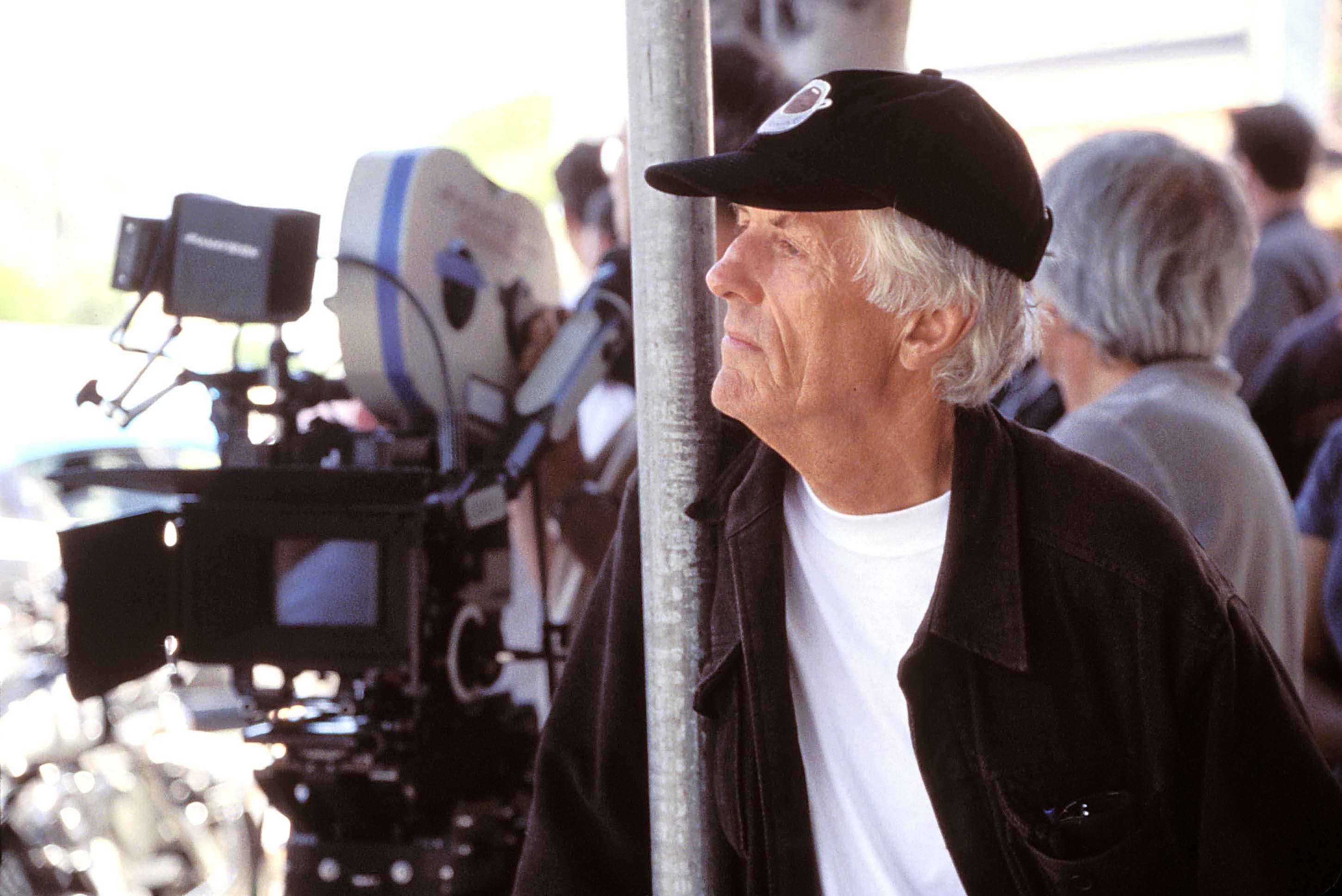 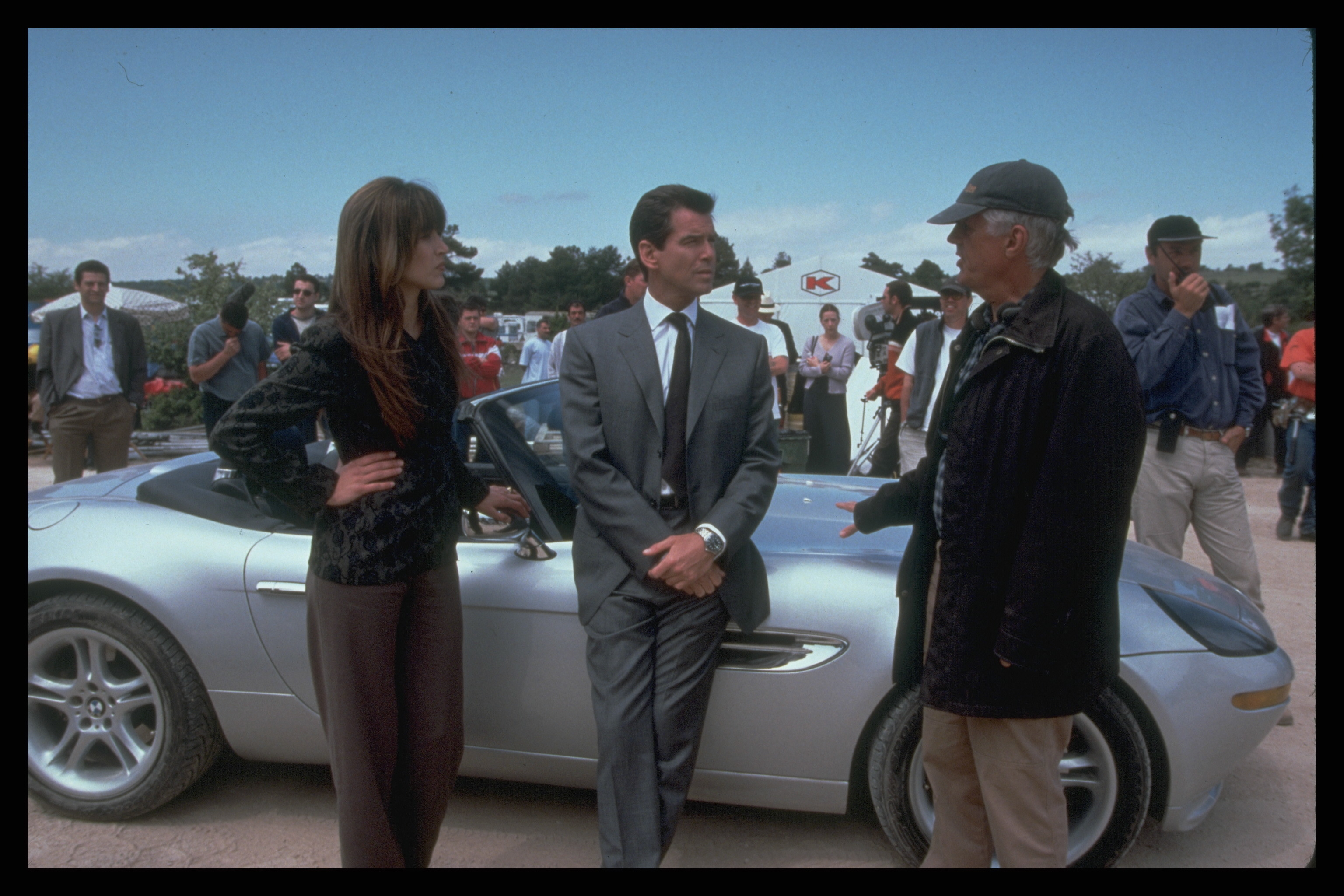 Who was Michael Apted?

Michael Apted, 79, was a British filmmaker known for the Up series of documentaries which followed the lives of 14 children since 1964.

He also directed The Chronicles of Narnia: The Voyage of the Dawn Treader (2010), the Coal Miner's Daughter (1980) and Gorillas In The Mist, starring Sigourney Weaver as the naturalist Dian Fossey.

Mr Apted was in charge of the 1999 James Bond film The World Is Not Enough, which starred Pierce Brosnan.

Variety says: "Though not considered among the top Bond films, it is remembered for its spectacular boat chase on the Thames River as well as the casting of Denise Richards as a nuclear scientist."

The producers of the James Bond film franchise paid tribute to his ability to move "effortlessly and successfully between all genres". 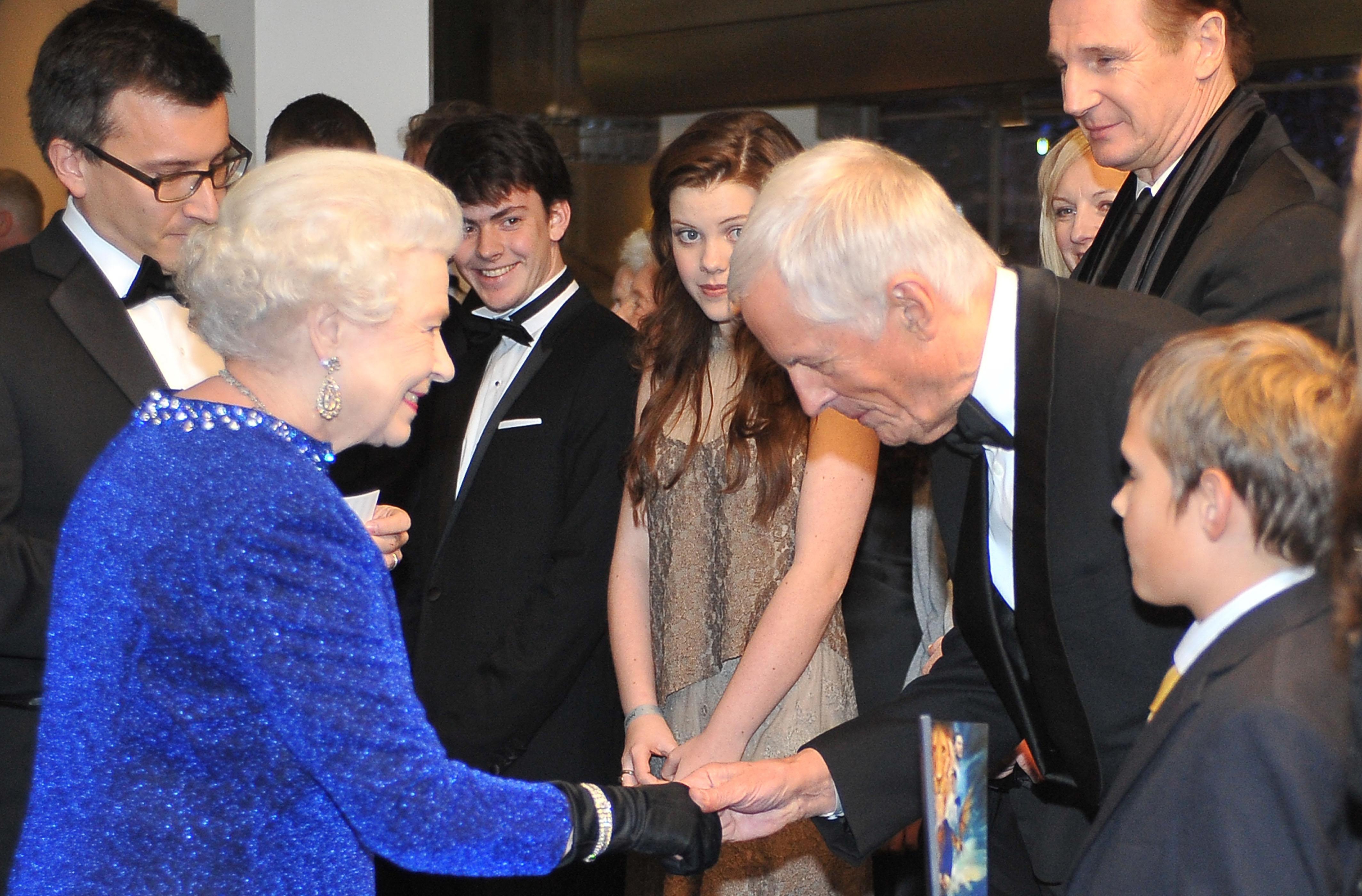 A Twitter post signed by Michael G Wilson and Barbara Broccoli added: "He was beloved by all those who worked with him.

"We loved working with him on The World Is Not Enough and send our love and support to his family, friends and colleagues."

Fans paid tribute to him on Twitter, hailing him as a "visionary director".

He also directed a number of episodes of Coronation Street in the 1960s.

In the '70s, he led WW2 drama The Triple Echo, starring Oliver Reed and Glenda Jackson.

Mr Apted, who served as the president of the Directors Guild of America (DGA) from 2003 to 2009, was born in 1941 in Aylesbury, Bucks, before moving to London with his father after the Second World War. 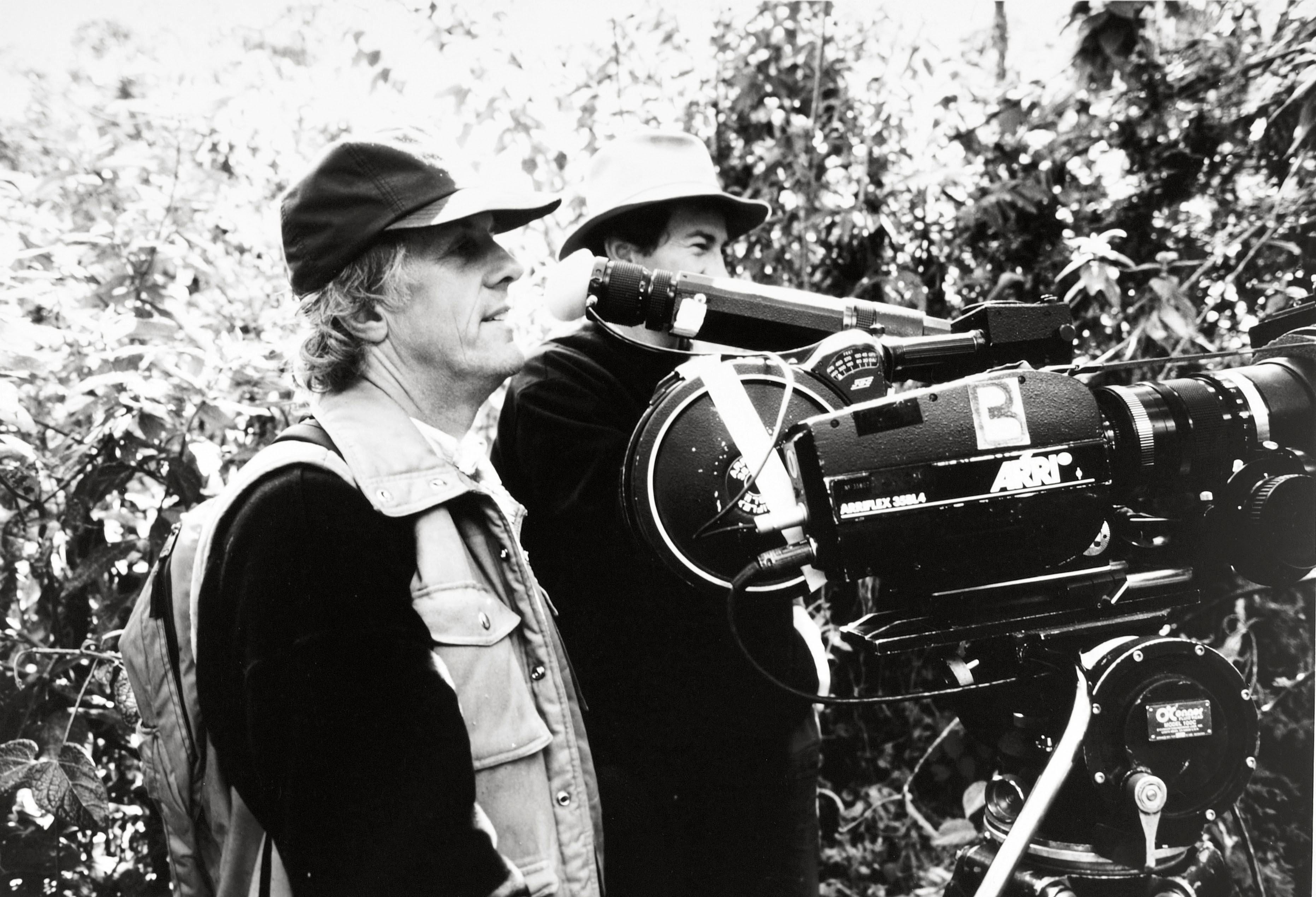 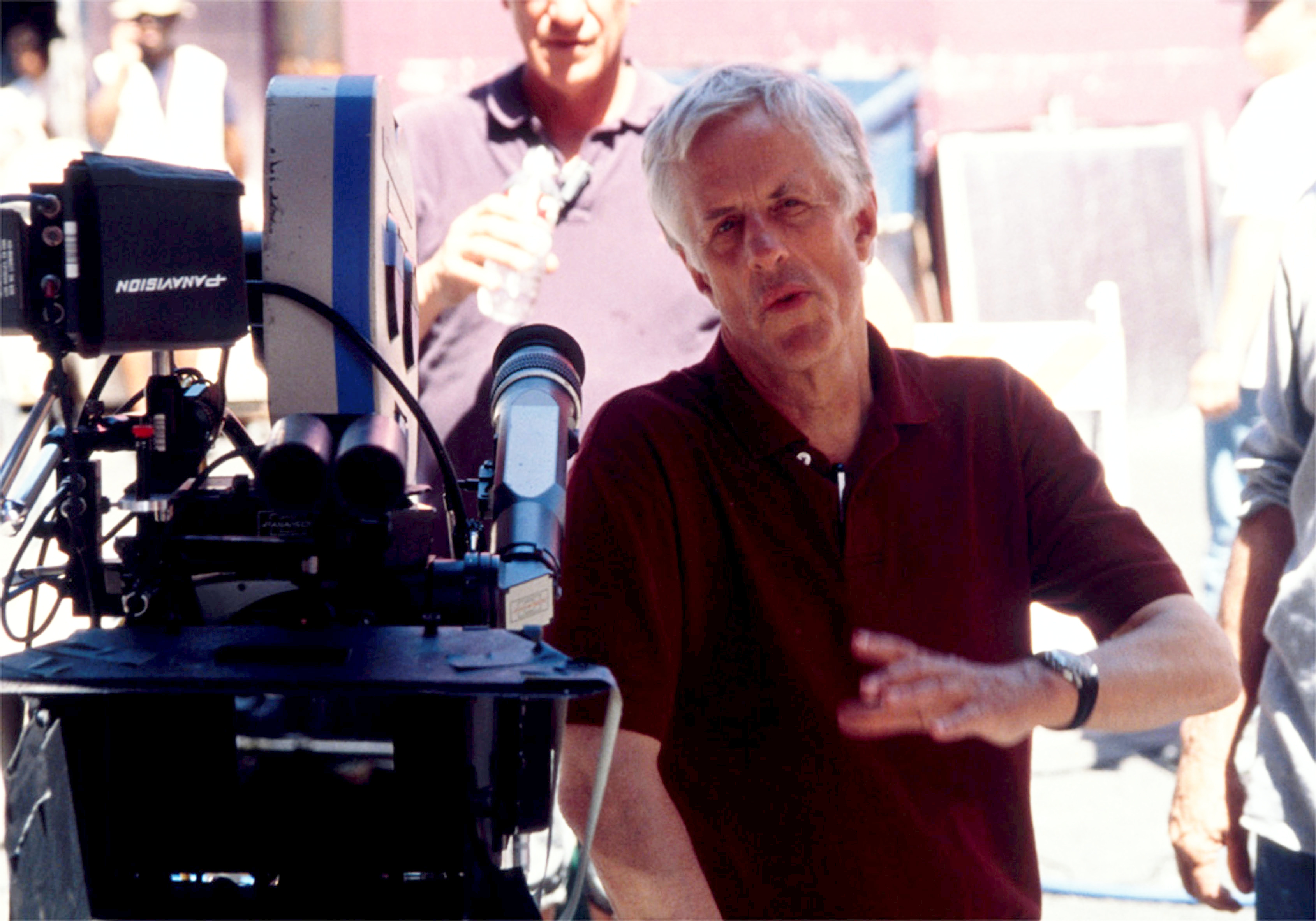 As a child, he studied at the City of London School where he first developed an interest in cinema.

In 2008 he was made a companion of the Most Distinguished Order of Saint Michael and Saint George in the Queen's Birthday Honours for services to the British film and television industries.

He won four Baftas, including three for Up.

A tweet from the film academy said the organisation is "very sorry to hear of the death of director Michael Apted".

Thomas Schlamme, DGA president, said: "A fearless visionary as a director and unparalleled guild leader, Michael saw the trajectory of things when others didn't, and we were all the beneficiaries of his wisdom and lifelong dedication."

The Academy in the US tweeted: "Director Michael Apted will always be remembered for the groundbreaking documentary 'Up' series.

"He also made many acclaimed feature films… he will be missed." 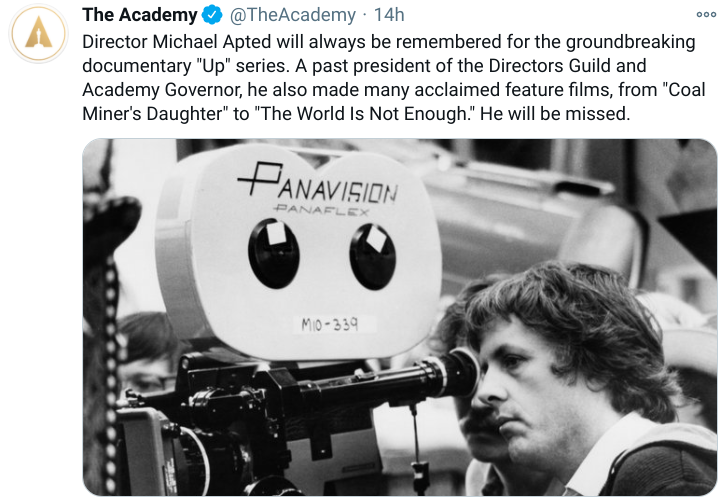 Was he married and did he have any children?

Mr Apted had been married three times – the first time to Jo Apted, the second time to screenwriter Dana Stevens.

Ms Stevens tweeted: "What a life he lived. I loved his stories, from Olivier and the Beatles to The Rolling Stones, Gene Hackman, Tadao Ando.

"He gave me a life of adventure and our beautiful son John. Michael Apted, I'm playing your fave song tonight: 'Wish you Were Here'."

He is survived by his third wife Paige Simpson, whom he married in January 2014, says Variety.

One of the director’s sons by Jo Apted, sound editor Paul Apted, sadly died from colon cancer in 2014. 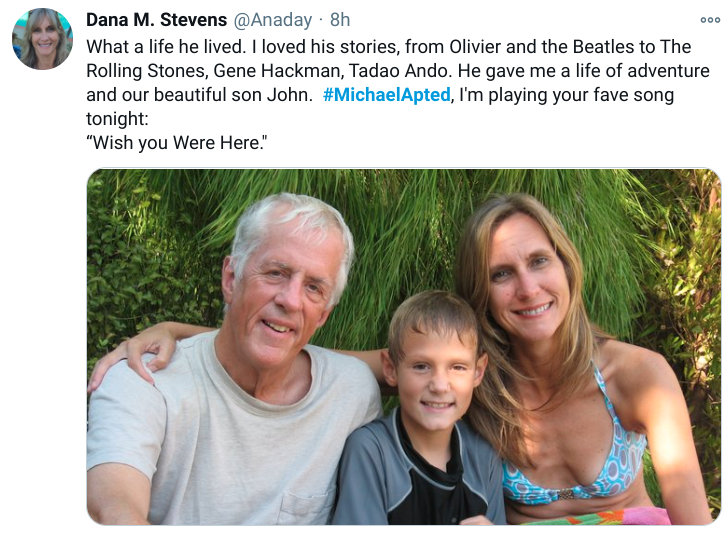 What was his cause of death?

No details about his death were immediately available.

A spokesperson for the DGA said he died Thursday night, January 7, 2021, in Los Angeles.

Apted?, Michael, was, who
Celebrities