Home » TV & Movies » Why are Wheel of Fortune fans calling for this rule to be changed on the game show?

Why are Wheel of Fortune fans calling for this rule to be changed on the game show?

WHEEL of Fortune is the game show beloved by many with its crossword, cash prizes and apparently strict rules.

On Wednesday, March 31, 2021 an episode of ABC's Wheel of Fortune, one crossword puzzle exposed a particular rule of the show that has fan up in arms.

Why are Wheel of Fortune fans calling for this rule to be changed on the game show?

Pederson went on to answer the puzzle correctly, except he added the word 'and'. Pederson was told he was incorrect and then the very next contestant swooped in and answered the puzzle the exact same way, just without the 'and', and won.

The other contestant remarked, " I thought that's what you said." As if almost she was incredulous about the ruling. 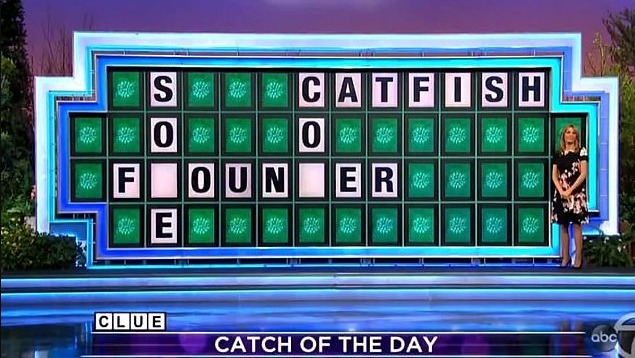 What are people's responses to the rule?

As with most things, people quickly took to Twitter to share their reactions to the controversial ruling.

Many people were upset, claiming that Wheel of Fortune should do away with the needlessly complicate and unnecessary rule.

As always, there was a great divide among the fans about the rule.

Many, however wanted the rule to say, chalking up Pederson's loss to him just simply not following the rules of the game.

How long has Wheel of Fortune had the rule?

Wheel of Fortune has been on for over 37 years. However the crossword was introduced just over four years ago, in 2016.

Since the introduction of the crossword, the rule has been in place, and has been the cause of failure for contestants before.

It's why Sajak always warns the contestant before they attempt to solve, saying "Don't add anything."

Many fans of the show would certainly like to see a more lenient policy, similar to Jeopardy's recent lightening up on their format of answering in the form of a question.

As of now, it is unclear whether or not Wheel of Fortune will amend or abolish the 'and' rule.