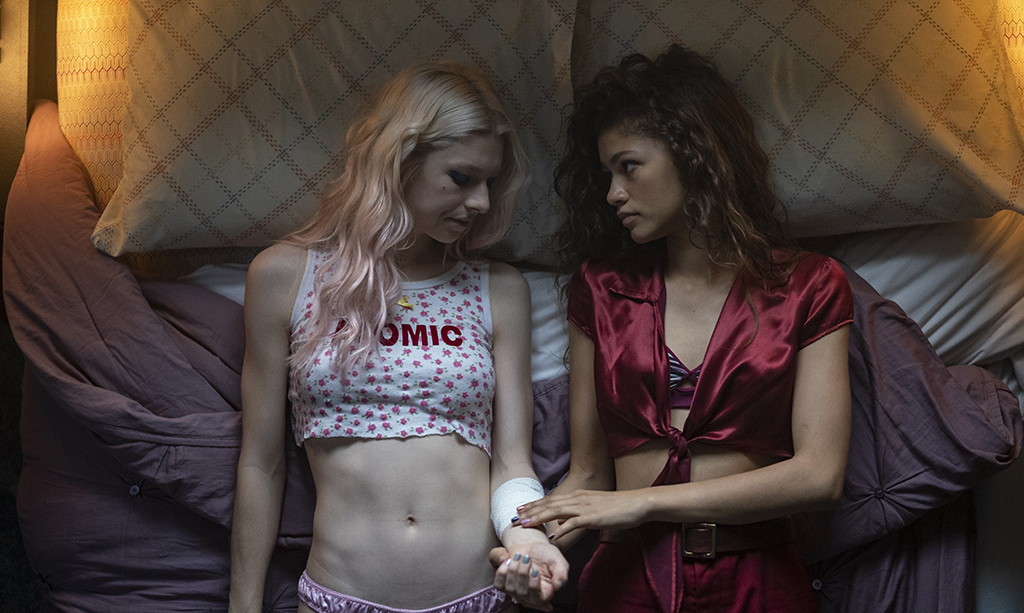 Not all TV shows are for every person, which is absolutely the case with HBO’s Euphoria.

The drama, a dark slice-of-life story about teens, debuted on Sunday after days of stories about just how graphic the show is going to get, from the slightly comical, like how they had to remove 80 penises from a scene in the second episode, to the much darker, like how much of the show’s depiction of addiction is based on the life of executive producer Sam Levinson.

Zendaya stars as the show’s main character, a teen drug addict who just got out of rehab but has no plans to stay clean, and it’s definitely a far cry from the work most of her fans know her from, like Disney Channel’s K.C. Undercover and Marvel’s Spider-Man: Homecoming. The star even put her own warning on her Instagram, reminding her fans that Euphoria is for “mature audiences.”

“It’s a raw and honest portrayal of addiction, anxiety, and the difficulties of navigating life today,” she wrote. “There are scenes that are graphic, hard to watch and can be triggering. Please only watch if you feel you can handle it. Do what’s best for you. I will still love you and feel your support.”

Just Zendaya’s character is dealing with anxiety, bipolar disorder, OCD, addiction, and rehab after an overdose, but all of these teens have a lot going on that could be hard to watch for some viewers, and perhaps offensive to some parents of some young viewers, but as Levinson told EW in a new interview, that’s not a new problem.

“I feel like this is a debate that goes on constantly throughout time, where people go, ‘Parents are gonna be scared,’ and you go ‘Yeah.’ And young people will be like, ‘Yeah, that’s my life,'” he said. “I’m sure certain people will be freaked out by it and other people will relate to it.”

Levinson says he hopes the show and its controversial subject matter starts some new conversations.

“I think what’s different about this time is that at least pre-Internet there were more similarities between one generation and the next,” he continued. “And now, I think that gap has grown in a very significant way. I think part of what’s so difficult to try and navigate the world at this age right now is there is no map. There’s no compass, there’s no one to kind of guide you one way or another. Because it’s a brand-new world every five years. I think that’s what makes it particularly difficult is that kind of very real and big disconnect between parents and children. So if anything, I hope that it at least opens up a dialogue between the two because it’s hard being a teenager. It’s difficult, especially too if you’re struggling with addiction and battling those things. Hopefully it’ll open up those means of communication.”

If you watched the episode and thought it wasn’t nearly as graphic as the show was made to sound, prepare yourself for the rest of the season.

“Let’s just say the first episode is the most mild, to be honest,” Zendaya told EW in a different interview. “It definitely doesn’t shy away from anything, that’s for sure.”