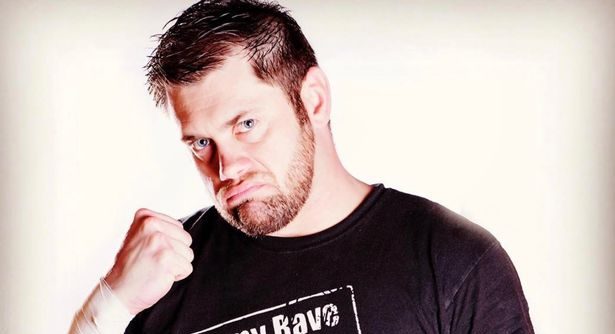 The late star – who was forced to retire in November 2020 after more than two decades in the business – made his name working for the likes of Ring of Honor, IMPACT, New Japan Pro Wrestling, Dragon Gate and Combat Zone Wrestling.

In a statement from his daughter Kailah and friend Bill Behrens confirming his death, they said: ‘James Michael Guffey has died at the age of 39.

‘James was best known as Professional Wrestler, Jimmy Rave. His career, which started in 1999, continued for over 2 decades.’

They added: ‘Jimmy had been struggling with drug addiction for many years. His struggles resulted in the amputation of his arm, and, later, both of his legs.

‘At the time of his death, he was living in the Philadelphia, PA area with Gabby Gilbert’.

Details on a memorial service – which will be heald in Georgia – will be confirmed ‘at a later time’.

A cause of death is yet to be revealed.

‘Today, that dream has ended for me and I have a new reality. This past Tuesday my world came crashing down when Doctors found an infection in my left arm.

‘I tried toughing it out but by the time I saw a doctor it was too late and and they had to amputate my left arm above the elbow. Thus effectively ending my in ring career.’