Young Sheldon is a popular prequel series to the classic Big Bang Theory and it follows Sheldon Cooper (played by Ian Armitage) as a child.

Fans have been eagerly awaiting more news about the release of season four on CBS, and an official announcement has now been made.

CBS announced season four will air on November 5 at 8pm, and the new season will focus on Sheldon’s graduation.

A synopsis for the fourth season says: “After graduating high school, Sheldon has a breakdown when he realizes he may not be ready for college. Also, Dale tries to make amends with Meemaw.”

At the end of season three, Sheldon and his parents tried to come to some sort of agreement about Sheldon’s further education.

Meemaw (Annie Potts) had also started taking Coach Dale (Craig T. Nelson) and in the new series he tries to win her heart once more.

The episodes will be airing weekly on CBS and fans in the UK should eventually be able to watch the series on E4.

Fans are looking forward to seeing Armitage return alongside his parents and sister Missy (Raegan Revord) in the new season. 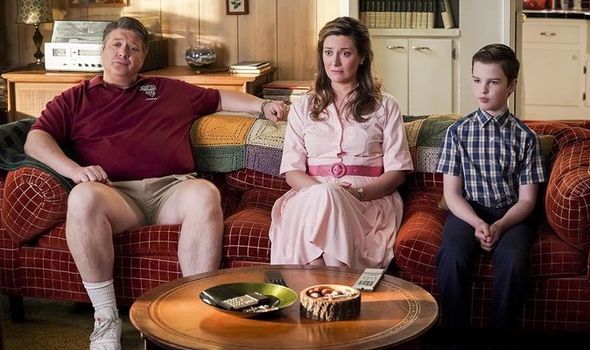