£160m horticultural centre will open to visitors for the first time

The wonders of Wisley: £160m horticultural centre featuring Darwin potato and ‘killer moth’ will open to visitors for the first time

It’s a £160million showcase for gardening science and a treasure trove of secrets which has branched out in the countryside.

Hilltop boasts the most complete record of the UK’s horticultural heritage. It holds rare collections and treasures dating back to 1542 – many never seen by the public before – and is surrounded by four acres of ‘living laboratories’. 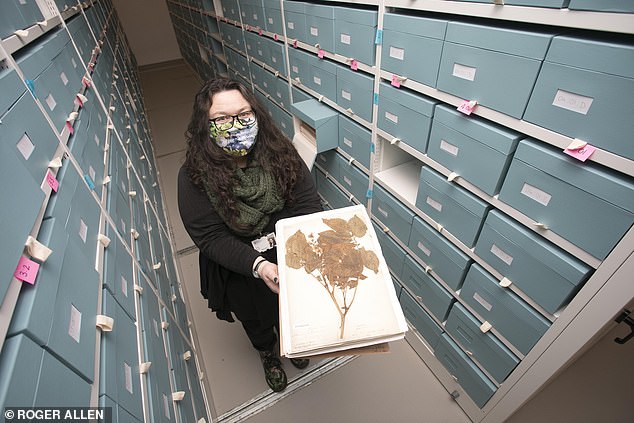 Prized items include a potato plant brought back by Charles Darwin from South America – preserved as a pressing. The Daily Mail was given an exclusive early peek of what visitors will see at the centre at the RHS’s garden in Wisley, Surrey.

Vast collections of dried plants, insects, books and art were moved to Hilltop in a months-long operation from Wisley’s original cramped laboratories, which were built during the First World War.

The unique hoard had been hidden away from public gaze.

Hilltop opens to the public from June 24. Before Covid hit, almost 1.25million visitors went to Wisley each year.

The potato plant was collected by Darwin, creator of the theory of evolution, on an island off Chile in 1835 during his famous voyage on HMS Beagle. 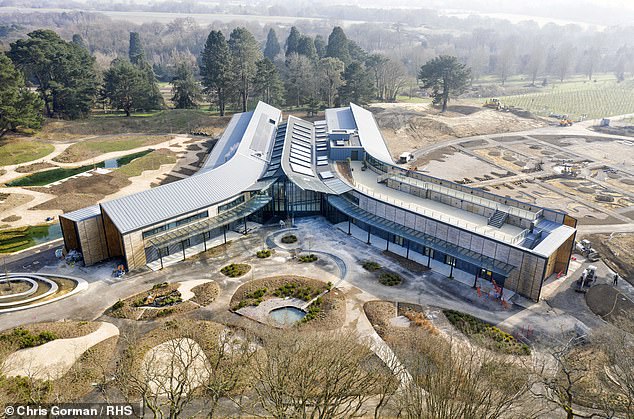 It had been stored at Wisley for years and was eventually found hidden at the back of a cupboard in old RHS labs. Visitors will also get the opportunity to see head entomologist Dr Andy Salisbury and his team researching the relationship between bugs and plants.

His collection includes the death’s-head hawkmoth – with a ‘skull’ on its back – which featured as a killer’s ‘calling card’ in 1991 movie The Silence Of The Lambs.

The new centre also includes thousands of varieties of daffodils, highlighting the RHS’s vital work to save the plant in 1916 after it was almost wiped out by a mystery disease.

Seventy RHS scientists and students have moved into the world-class labs. They’re working on finding the best plants to soak up pollution, prevent flooding and capture carbon to combat global warming. The ‘living labs’ feature gardens specially designed for wildlife, food and wellbeing, putting the science into action. 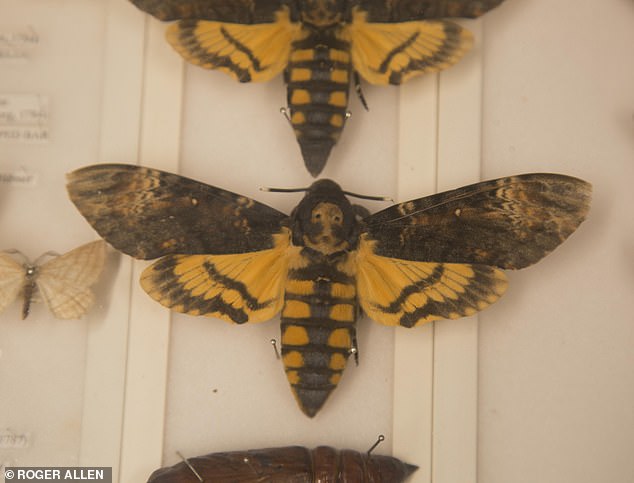 Moth featured in The Silence Of The Lambs

Before moving to the building, Tivvy Harvey, keeper of the herbarium of dried and pressed plants, had to deep-freeze the collection to kill off the invasive biscuit beetle. She said: ‘Our ambition is to collect all of the 400,000 ornamental plants grown in UK gardens to ensure correct identification.’ Schoolchildren and other visitors will be able to watch experiments as they happen and speak directly to scientists to learn more about their work.

‘We want our science to supercharge gardens and deliver maximum benefits from healthy plants for people and the planet. The purpose of RHS Hilltop is to present to the public what we know so far but also to intensify our research so we can continue to find solutions to some of the biggest challenges facing us today.’