IT is a murder that few outside of a small town will remember.

But when Margaret McLaughlin was killed in Carluke, in the Scottish lowlands, I was a teenager who lived there, so her death has stayed with me. 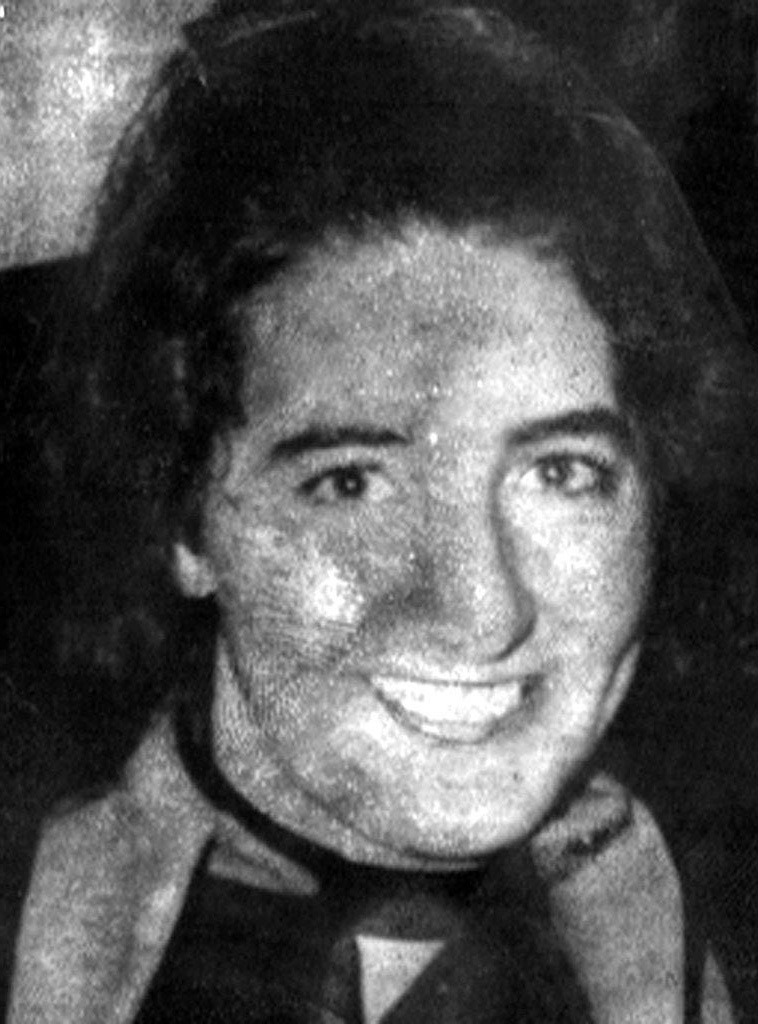 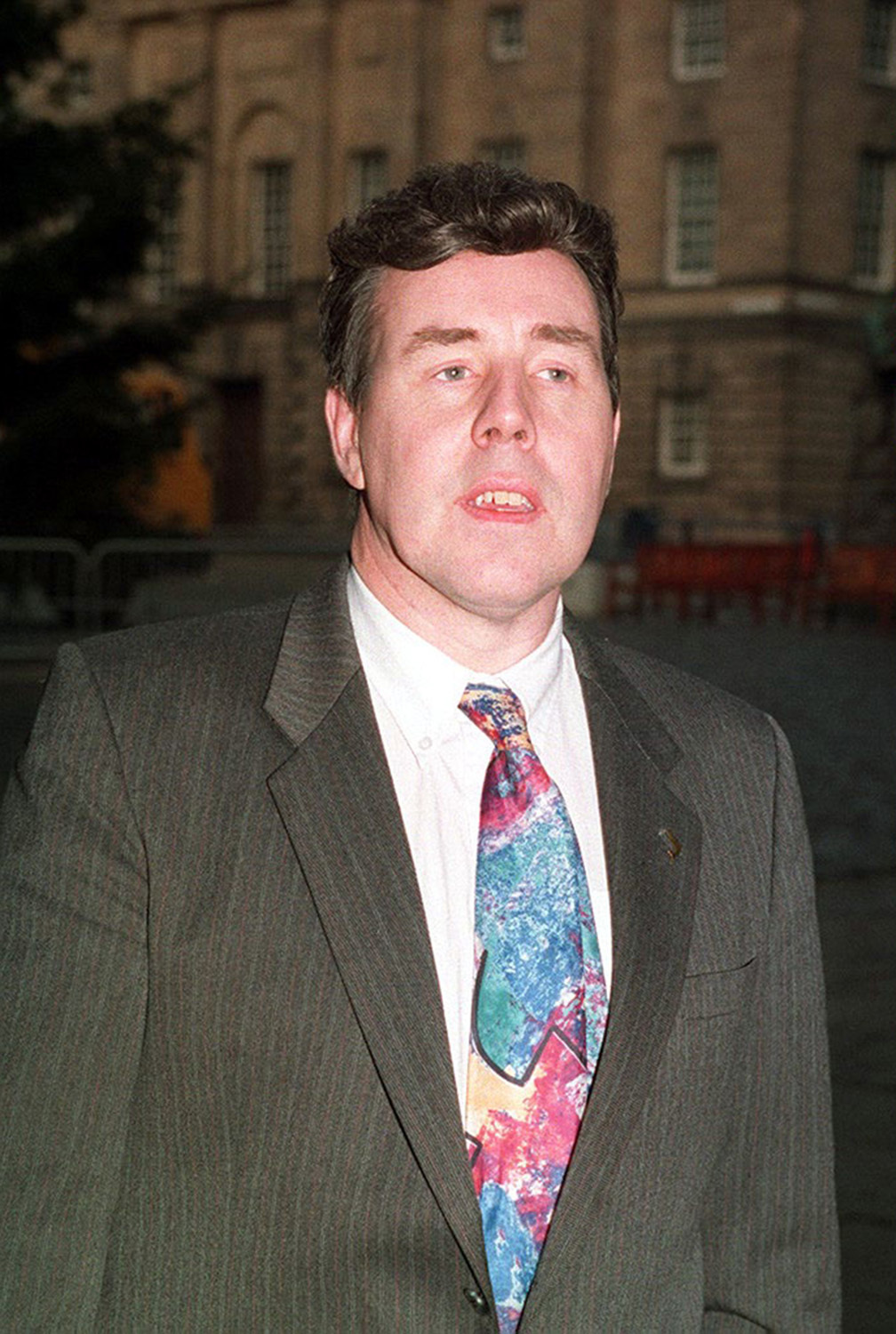 Stabbed to death in a frenzied attack with a kitchen knife in 1973, 23-year-old Margaret was a quiet, pretty young woman who had recently become engaged.

George Beattie, a 19-year-old man known locally as a teller of tall tales, was convicted of the murder.

But the people of Carluke — including my own sisters — were never convinced he did it.

The whispers that the wrong man was behind bars grew over the years to the point that any time I went home I would be asked, in hushed tones: “What are you going to do about the Carluke Case?”

I have been a criminologist for 37 years, working on cases involving the most notorious criminals in Britain, from serial killers to paedophiles.

Forty years after Margaret was ­murdered, I finally began a cold case investigation for my new book, Signs Of Murder.

Within six months I realised I was dealing with one of the worst miscarriages of justice in British history.

That evening, Margaret took the shortcut from her home through an area known locally as Colonel’s Glen to the railway station, where she intended to catch the 8.03pm to Glasgow.

Her fiancé, Bob Alexander, was working that summer in South Africa, but Margaret’s trip into the city was a chance to meet her soon-to-be sister-in-law to discuss the wedding arrangements in Bob’s absence.

Her walk should only have taken a few minutes, but Margaret never made it out of the glen. Her body was discovered the next morning.

She had been stabbed 19 times across her upper arms, chest, ­abdomen, back and neck. 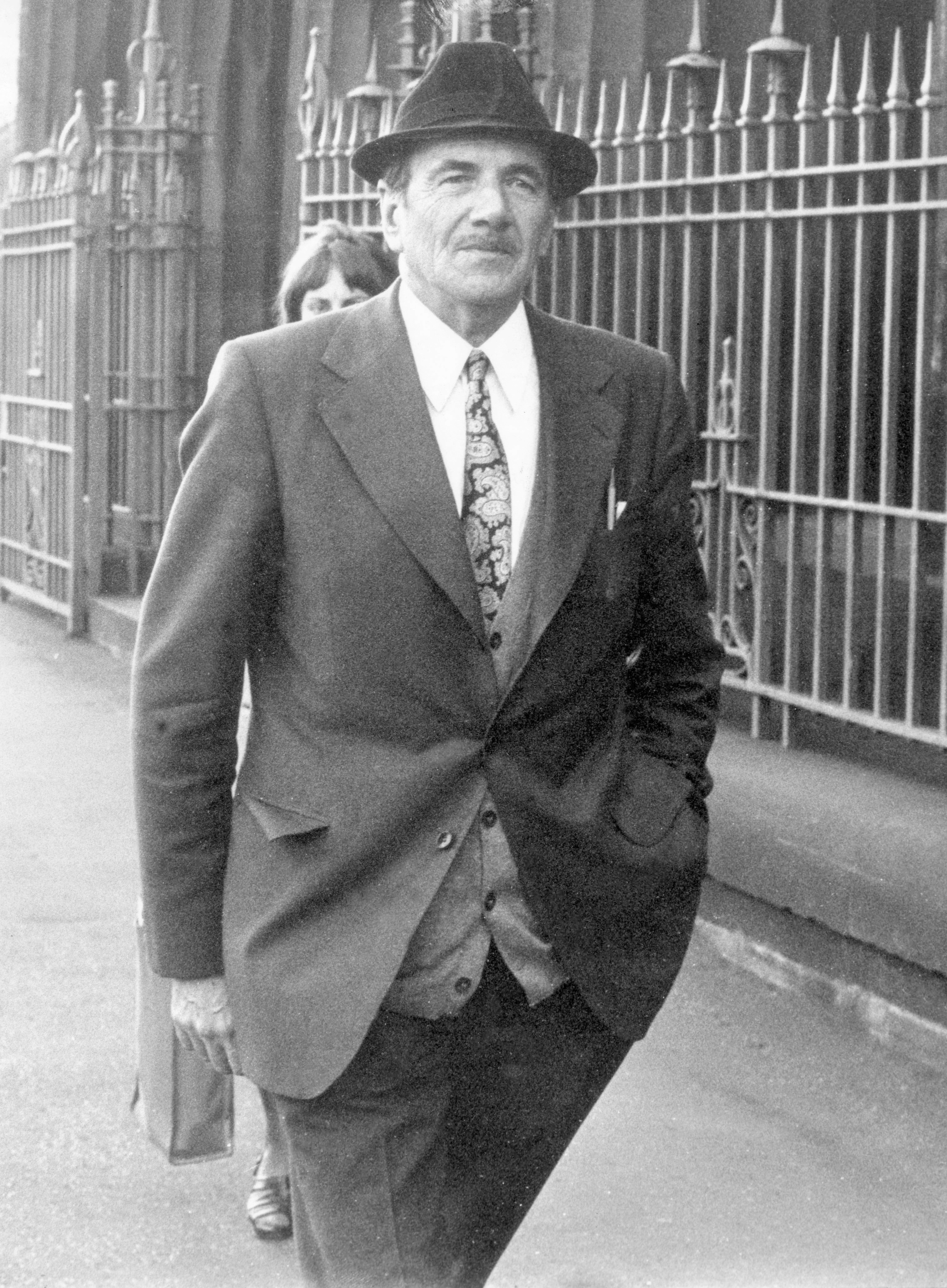 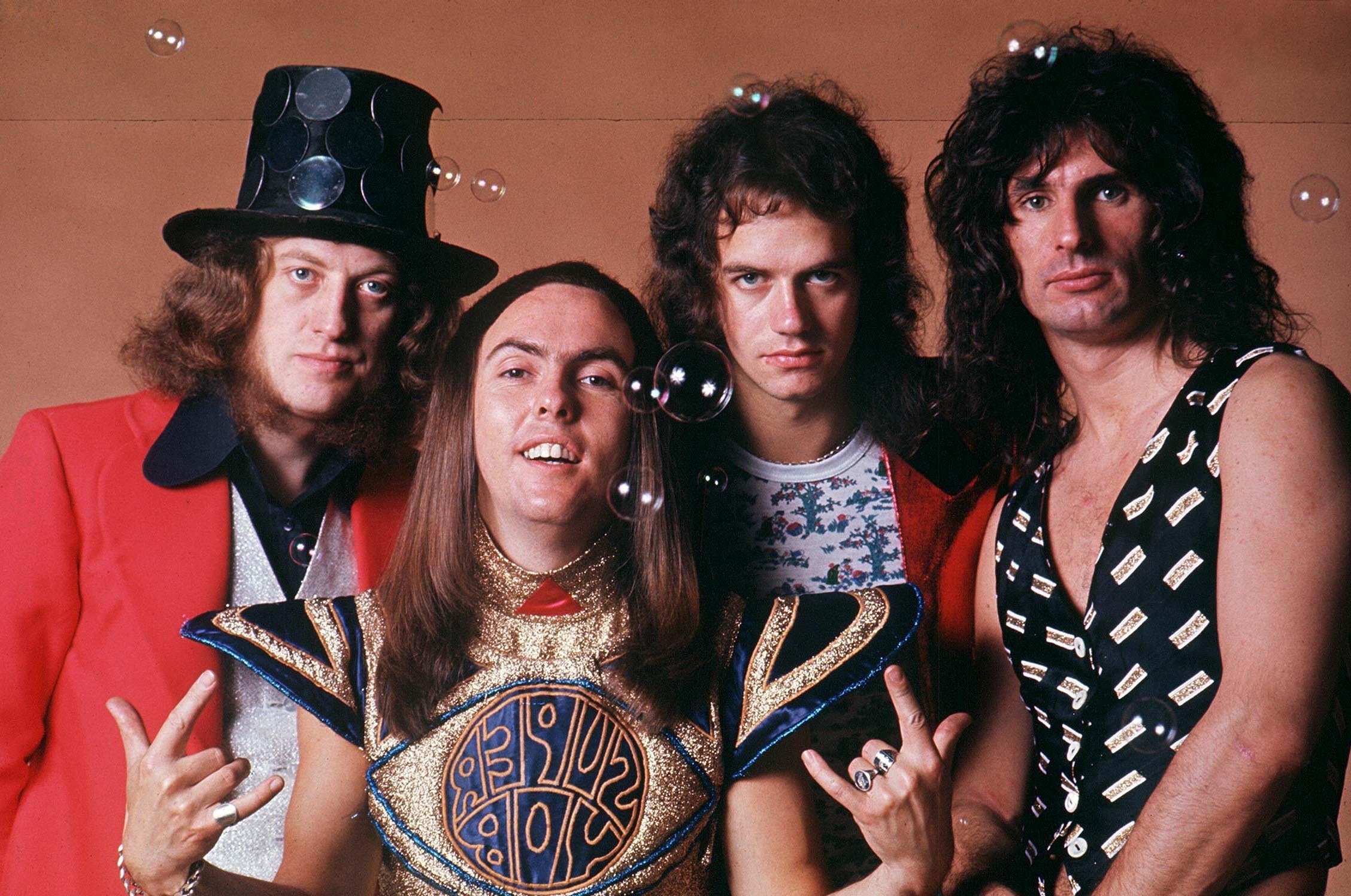 The pattern suggested she attempted to fight back then flee from her assailant. There was no ­evidence of sexual assault.

Today we would call this type of attack “overkill”, as more blows were used than necessary to subdue then kill the victim.

In 1973 there was no such thing as CCTV, offender profiling nor mobile phone records, and forensic science was still in its infancy.

But William Muncie, the senior detective in charge of the investigation, made a very telling statement to the Press at the start of his investigation.

He said: “I feel some household must have noticed someone arriving home with signs of murder on his person.

"In kindness to that family, I appeal to them to come forward. It may well be that the killer needs attention and he could strike again.”

I remember that statement well, as I was brought up in Carluke with three sisters — Alison, Annie and Margaret — and two of them still live in the town.

Within six days of this statement, Muncie’s team had arrested and charged George Beattie, who would go on to be convicted of the crime.

But had “Scotland’s top detective” got the wrong man?

George was jailed aged 19 and served 13 years for murder before his release in 1986. He has always ­maintained his innocence yet three appeals in 1973, 1994 and 2009 were unsuccessful.

Despite the entreaties of my sisters, I was always reluctant to look into the case. “What if,” I explained to Margaret, who knew George’s brother John, “I come to the same conclusion as Muncie?”

But when I did eventually begin looking into the case, I found that Muncie had ­undermined his own conclusion.

No forensic evidence has ever connected George to Margaret’s ­murder

He stressed that the killer would have had “signs of murder” on him. He would have been covered in Margaret’s blood and may even have had fight marks on his body.

In the immediate aftermath of the murder he would also have been emotionally high, disinhibited and ­acting and speaking strangely.

Yet no forensic evidence has ever connected George to Margaret’s ­murder and a number of witnesses were able to describe his movements on the night Margaret was killed.

He had made his own way through Colonel’s Glen around the time of the killing to buy tomatoes at Gorry’s nursery for work colleagues at the local steelworks.

Mr Gorry noticed nothing unusual about George’s demeanour and I even uncovered new witnesses who could vouch that George did not mention the murder, despite being the sort who would relish discussing it.

George had “no signs of murder” on him and seems to have been ­convicted because of his “special knowledge” of the crime scene. 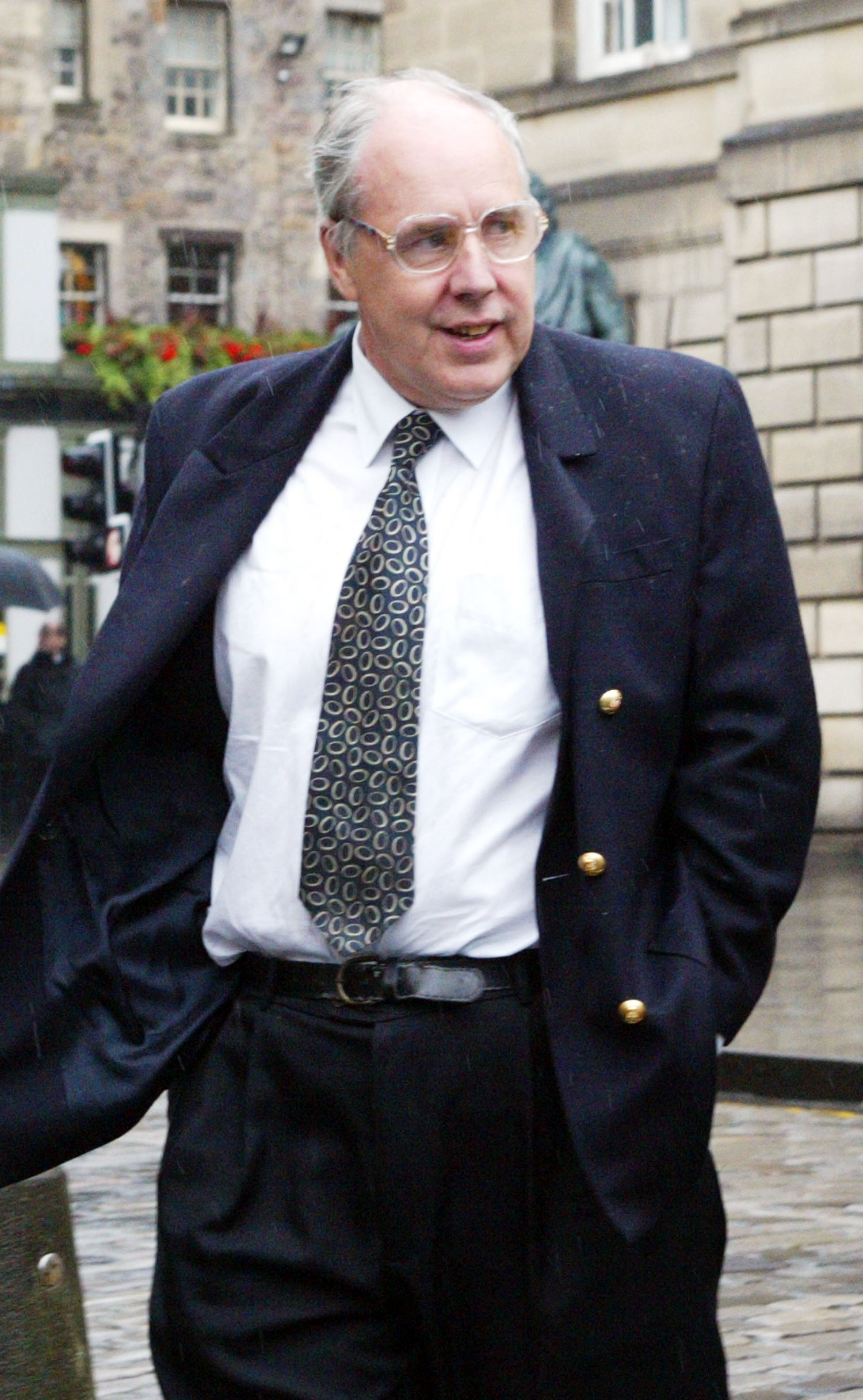 Then there was a “pseudo-confession” that he eventually gave, in which he stated that men wearing top hats with mirrors on them had forced him to watch as they repeatedly stabbed Margaret.

Yet George’s “special knowledge” was widely shared by many in the town and further afield, as Muncie had allowed the Daily Record to ­publish an aerial photograph of the crime scene.

George had even been walked through the crime scene by detectives working the case.

The pseudo-confession with its bizarre story of men wearing top hats was an allusion to the pop group Slade, and when I consulted with Professor Elizabeth Loftus, the world’s leading expert on false ­memories, she had no doubt that George had simply made this all up.

Some people will falsely confess to crimes that they did not commit ­simply to avoid the stresses of being repeatedly interviewed by the police.

If you have seen the Netflix ­documentary Making A Murderer, you will understand what I mean.

Of course, if George did not commit the murder, then who did?

This part of my research involved false trails in Canada, days of poring over documents in dusty archives and repeatedly returning to my home town to “walk the crime scene” for myself.

That walk proved illuminating and then, with the help of the electoral roll, I slowly built up a picture of the men living in the streets that bordered the shortcut to the ­station on the night Margaret died. I had other clues too.

After the police had cleared the area they found Margaret’s “pinkie” ring but not her treasured engagement ring. If faced with something similar today, I would describe this as a form of “trophy taking”.

Why had no one witnessed the murder, even though the site was overlooked by houses beside the shortcut?

Why had no ­family ever come forward, as Muncie described it, to get their loved-one the attention that he needed? 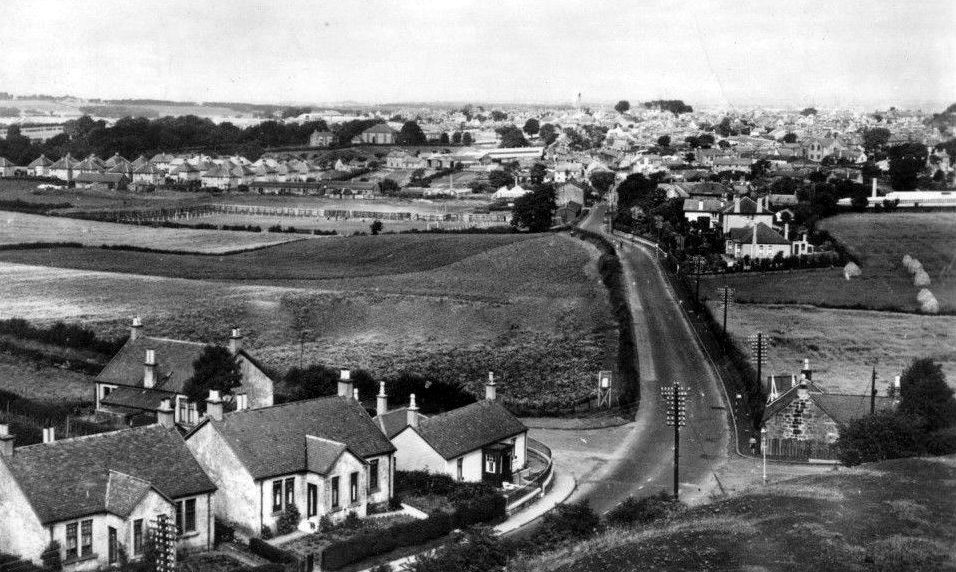 And why did Margaret’s killer not strike again?

I concluded that the killer must have lived on one particular street, which would have made it possible for him to escape unseen. Then I made an extraordinary discovery.

At one of Beattie’s appeals, retired detective Bob Beveridge made a statement to the newspapers saying that while he had been working on the Scottish Crime Squad he had been drafted in to help the police conduct house-to-house enquiries.

At one home he encountered the most “extraordinary” person he had ever interviewed, who literally jumped off his sofa and pulled up his shirt to reveal scratches on his stomach, claiming that he had been attacked too.

He went on to say that he always carried a knife as he liked to stab cats in the local area.

Bob asked him if he had killed Margaret. He replied that “he might have done” but he could not remember what he had done yesterday.

Bob never interviewed this suspect formally, as that night the police charged George Beattie, so he was told to let him go.

Who was this extraordinary man and did he live in the houses that I had identified from my own investigations as somewhere the killer could have escaped to?

I interviewed Bob on the record. Sadly, he did not remember the man’s name or the street where he lived.

But a few days after we spoke he sent me a letter in which he drew a map of the houses where he and his colleague had encountered their ­suspect. They were the same houses that I had identified.

I could put names to the people who lived in these houses and discover a great deal about their circumstances.

One man in particular intrigued me, although I was assured he had emigrated quite soon after the murder had been committed. I was to discover that was not true.

After months of research I tracked him down.

I knocked on his door and for the next ten minutes, during which he repeatedly insisted George Beattie was guilty, I edged ever closer to what I wanted to say — that some people in the town thought that he might have murdered Margaret.

To this he simply replied, “I don’t know what happened” and closed the door.

I have not been engaged on a ­formal cold case review. Nor can I gain access to any forensic evidence which could be retested using more up-to-date scientific techniques.

All I can do is offer my research to any official body that might be persuaded to look again at this ­dreadful crime and the tragedy of George Beattie’s conviction. 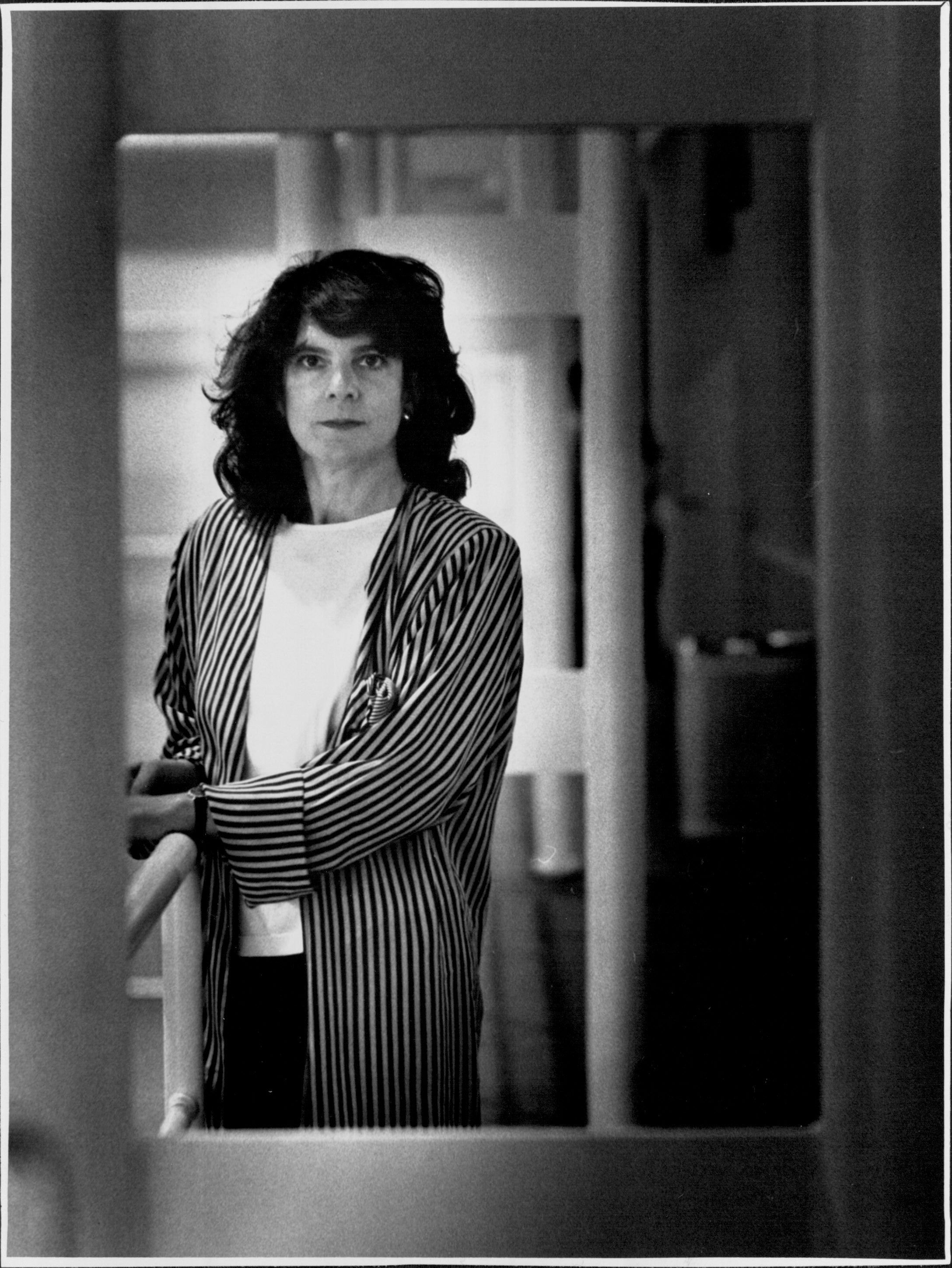 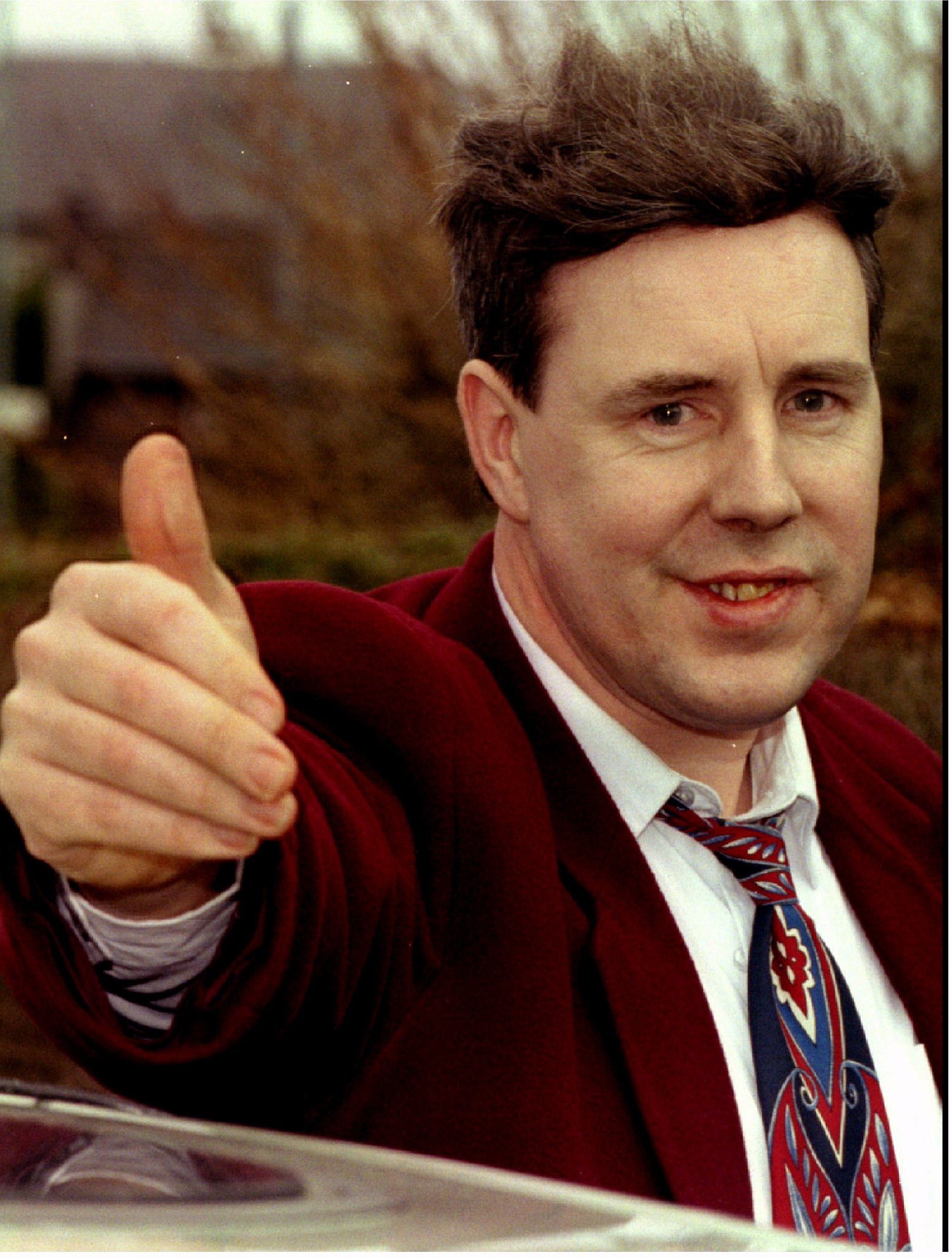 I am more than willing to help. I have written my book on the case in such a way that it would not prejudice any future investigations.

It is in Margaret’s memory that the book has been written.

I believe I have demonstrated beyond reasonable doubt that George did not kill her and justice has yet to be done.