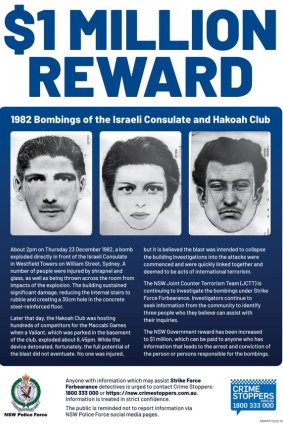 Detectives are continuing to hunt for information from three people they believe may hold the answers to their investigation.Credit:NSW Police

NSW Police have issued a $1 million reward for information into the bombings of two Jewish institutions across Sydney that occurred 40 years ago, in attacks which on Monday were labelled “international acts of terrorism” by the state’s police minister.

In December 1982, a bomb exploded in front of the Israeli Consulate in Sydney CBD, injuring multiple people who were hit by shrapnel and glass or thrown across the room from the impact of the explosion.

Later that day, an explosive device was detonated in the basement of the Hakoah Club in Bondi, a cultural and sporting institution that at the time was hosting hundreds of competitors for the Maccabi Games.

The device was found in the boot of a car, however, the device did not fully detonate. No one was injured.

Police believe the car bomb was intended to collapse the building.

The two attacks were quickly linked with police deeming the attacks to be acts of “international terrorism motivated by Palestinian nationalism”.

Police believe there are three people out in the community behind the bombings.

“These two horrific targeted attacks were international acts of terrorism, and despite extensive damage caused to the Israeli Consulate and the Hakoah Club, we are extremely fortunate that no one was killed,” Toole said.

“I hope this increased reward of $1 million will be the final push members of the public need to offer up information – no matter how big or small it may seem – to help police in their unwavering quest for answers and provide closure for all those involved.” 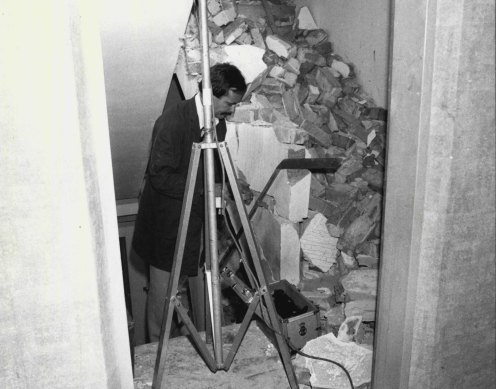 A detective working at the site of the Westfield Towers explosion.Credit:Sydney Morning Herald

A man was charged in 1983 as a result of the initial investigation, but was later released ahead of the trial due to a lack of evidence.

“These attacks have remained in the hearts and minds of Jewish, Israeli and Australian communities – and certainly never forgotten by investigators – who’ve worked diligently to prepare evidence for the information of the NSW Coroner,” he said.

NSW Jewish Board of Deputies chief executive Darren Bark said the effects the bombings had on the Jewish community in Sydney were still being felt today.

“For four long decades, our community has searched for answers about this heinous terrorist attack targeting innocent Australians on our own soil,” Bark said. 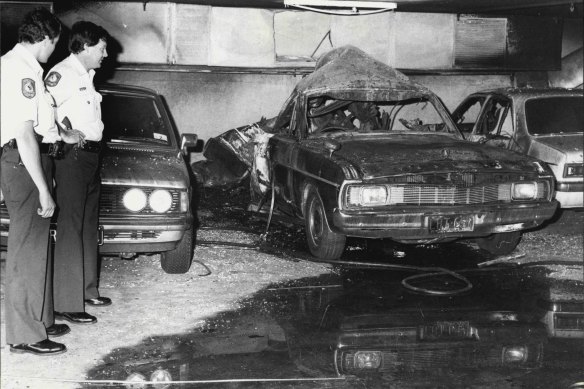 “Despite the miracle that no one was killed, the community deserves to know the truth, and this reward is a step closer to closure.”

Police said the $1 million reward will be paid to anyone who has information that leads to the arrest and conviction of those responsible for the attacks.

Police reopened the case in 2012 and announced a $100,000 reward. The award was increased to $1 million on Monday to coincide with the first day of a coronial inquiry into the attacks. The incident marks Australia’s first terrorism cold case.